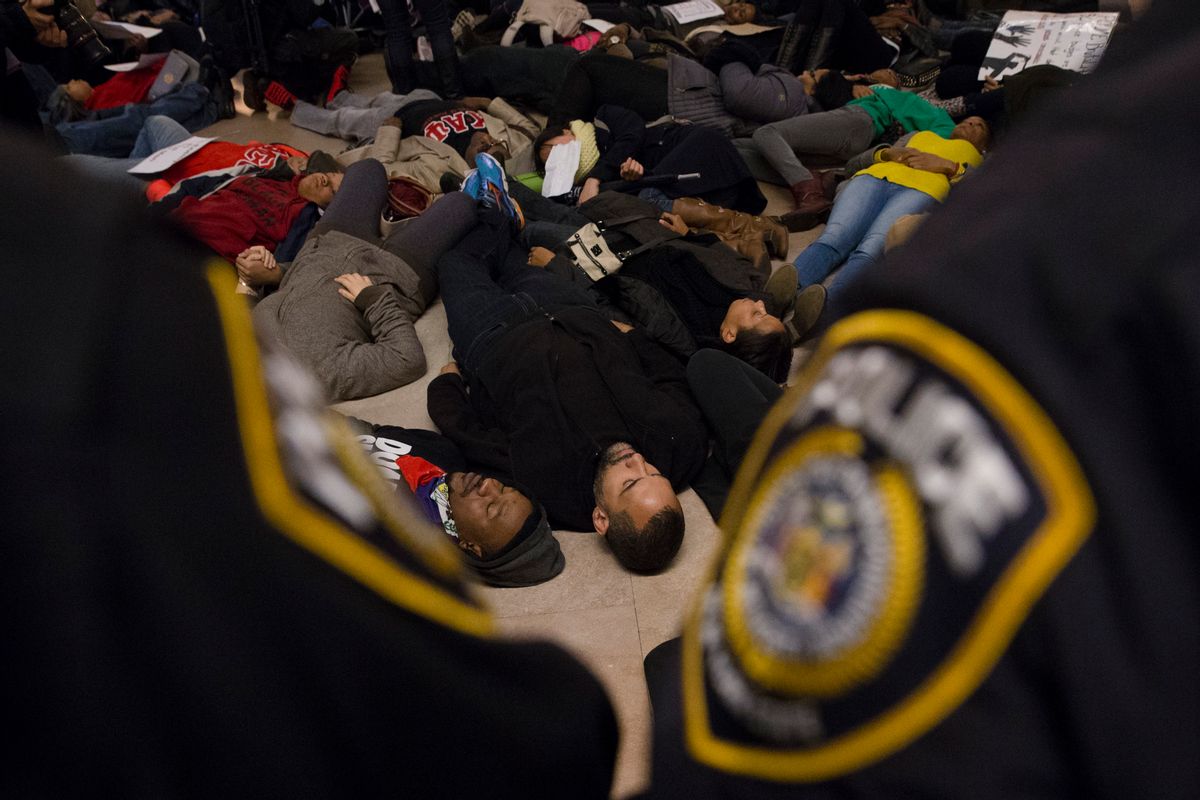 After a grand jury decided against indicting the officers involved in the death of Eric Garner, undercover New York Police Department officers infiltrated the ensuing protests organized by Black Lives Matter at Grand Central Terminal. Court documents obtained by the Guardian reveal that officers posed as protestors and even gained the confidence of organizers so that they could access the group's private text messages.

The documents demonstrated the extent to which the NYPD had infiltrated these groups. The NYPD had detailed information that only trusted members of Black Lives Matters would have had access.

“That text loop was definitely just for organizers, I don’t know how that got out,” Elsa Waithe, a Black Lives Matter organizer, told the Guardian. “Someone had to have told someone how to get on it, probably trusting someone they had seen a few times in good faith. We clearly compromised ourselves.”

Attorneys have filed a petition claiming that the NYPD has not produced all of their records pertaining to protest surveillance. But the damage has already been done.

“In the first couple of months, we had a lot of people in and out of the group, some because they didn’t fit our style but others because of the whispers that they were undercovers,” Waithe said. “Whether it was real or perceived, that was the most debilitating part for me, the whispers . . . It’s really hard to organize when you can’t trust each other.”