On senate floor Tuesday, Sanders holds nothing back as he rips Gorsuch for his views on voting, abortion and more 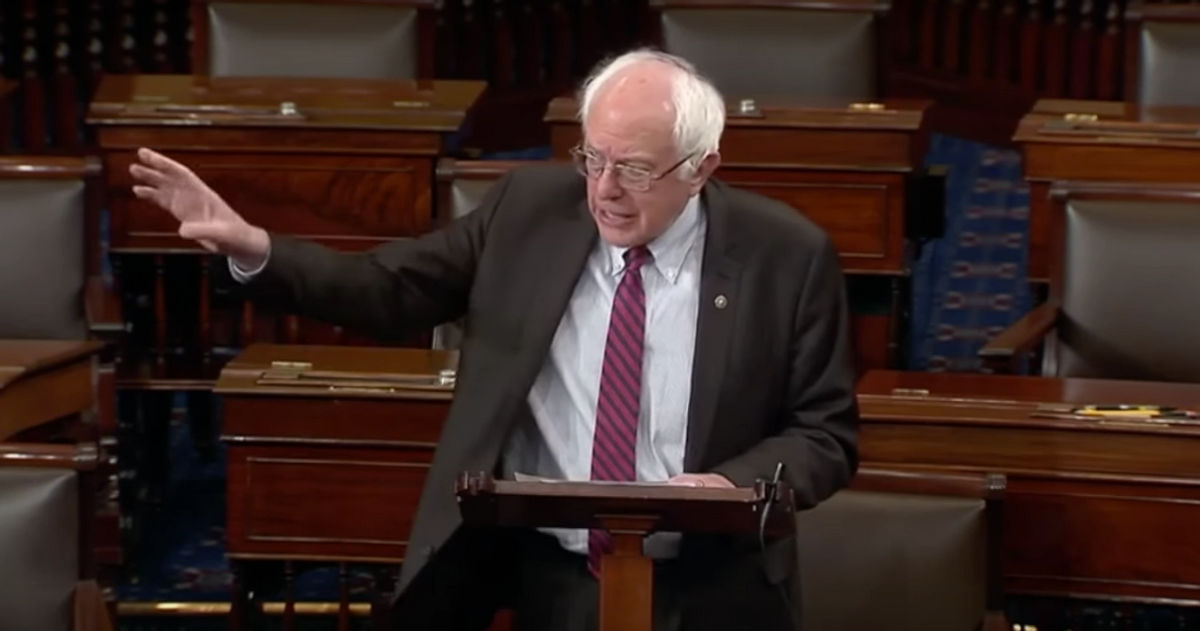 As the Supreme Court nomination for Judge Neil Gorsuch moves to the senate, Sen. Bernie Sanders, I-Vt., gave a 13-minute takedown on the senate floor of why he "cannot support a man with his views for a lifetime seat on the Supreme Court," he said.

Sanders called his conversation with Gorsuch "long and pleasant," but concluded that the stakes are too high and the legislation too critical. "The Supreme Court is the most important judicial body in this country," Sanders said. "The decisions that it reaches, even on a 5-4 vote have a profound impact on all Americans, on our environment and on our way of life."

Sanders proceeded to attack Gorsuch's views on campaign financing, voting rights and Sanders' belief that Gorsuch would vote to overturn Roe v. Wade and "deny the women of this country the constitutional rights to control their own bodies," he said.

Then, Sanders turned to Gorsuch's judicial record and cited the case of the frozen trucker:

In a case called TransAm Trucking, Judge Gorsuch argued that a trucker was properly fired by his employer for abandoning his cargo at the side of the road after his truck broke down and he nearly froze to death waiting for help. Judge Gorsuch literally believed that this man should have had to choose between his life and his job and by choosing his life, not freezing to death, he deserved to lose his job.

Sanders did not lose steam. In a final condemnation of Gorsuch's nomination, he said:

At a time of massive income and wealth inequality, when so many working people throughout this country feel powerless at the hands of the wealthy, and the powerful, and their employers, we need a Supreme Court justice who will protect worker's rights and not just worry about corporate profits. I fear very much that Judge Gorsuch is not that person.

But to close his speech, Sanders reckoned with the law change Republicans are threatening to implement, if Democrats follow-through with the votes to filibuster Gorsuch. "Rather than change the rule, change the nominee," Sanders said, "and bring forth somebody who in fact can get 60 votes."