"This is a guy who negotiates rent," Kimmel said of the man apparently dealing with ISIS in Iraq now 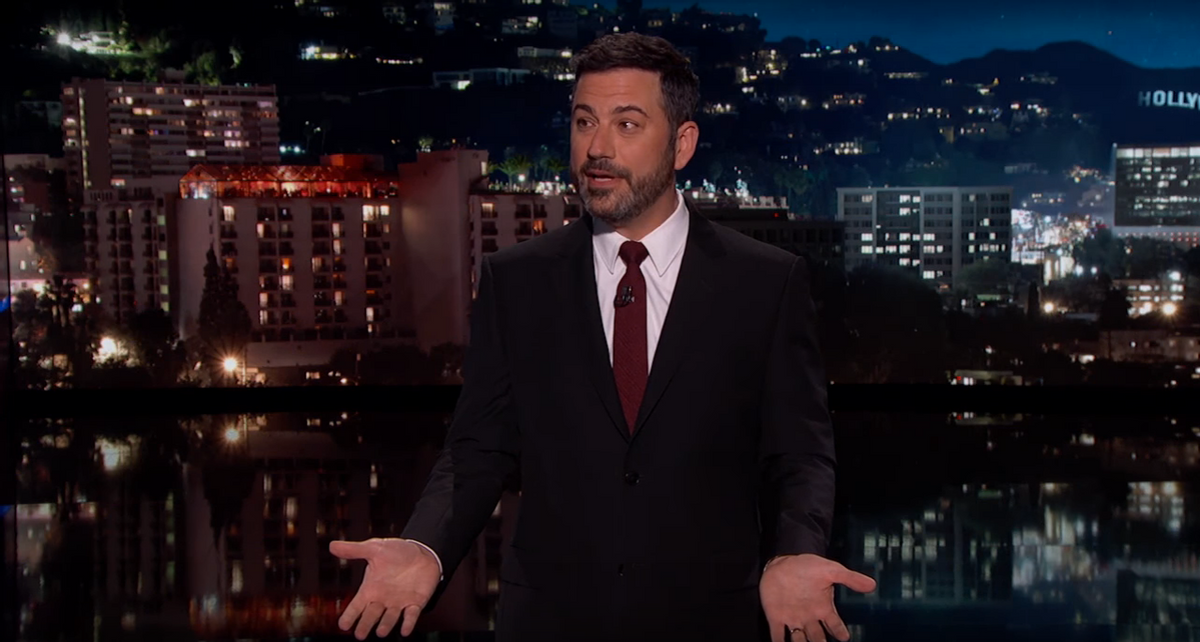 While Jimmy Kimmel was driving into work Monday morning, he was pondering the news of the day when had an epiphany: President Donald Trump maybe has nefarious intentions by sending his son-in-law, Jared Kushner, to Iraq.

In his monologue Monday, the "Jimmy Kimmel Live" host tried to explain to his audience why it was "strange" that the president would rely on Kushner, a real estate developer, to fix the Middle East.

"He is 36 years old. He has no experience dealing with foreign government. This is a guy who negotiates rent," Kimmel said. "His job is to figure out how much it will cost to put a Dunkin' Donuts on the first floor of an office building. Dennis Rodman has more foreign policy experience than Jared Kushner."

Kimmel then introduced his dark theory as to why Trump would send Kushner to Iraq.

"We have to wonder why the president would send him to a military operation in Iraq. I was driving into work, I thinking about it this morning . . . There is only one possible explanation: I think the president might be trying to kill him," Kimmel said.

"A lot of fathers don't get along with their son-in-laws," he continued. "If you are the president you can throw a black bag over his head and ship him off to Iraq. Think about it. It makes sense."

Before he moved onto another subject, Kimmel wondered how Trump's "real sons" felt about all attention and responsibilities Kushner has been given lately.

"Do you think Donald Trump's real sons are jealous that Jared is over in Iraq meeting with the general while they are off shooting koala bears and playing hacking sack with rolls of $50 bills? They have to be, right?" Kimmel joked.