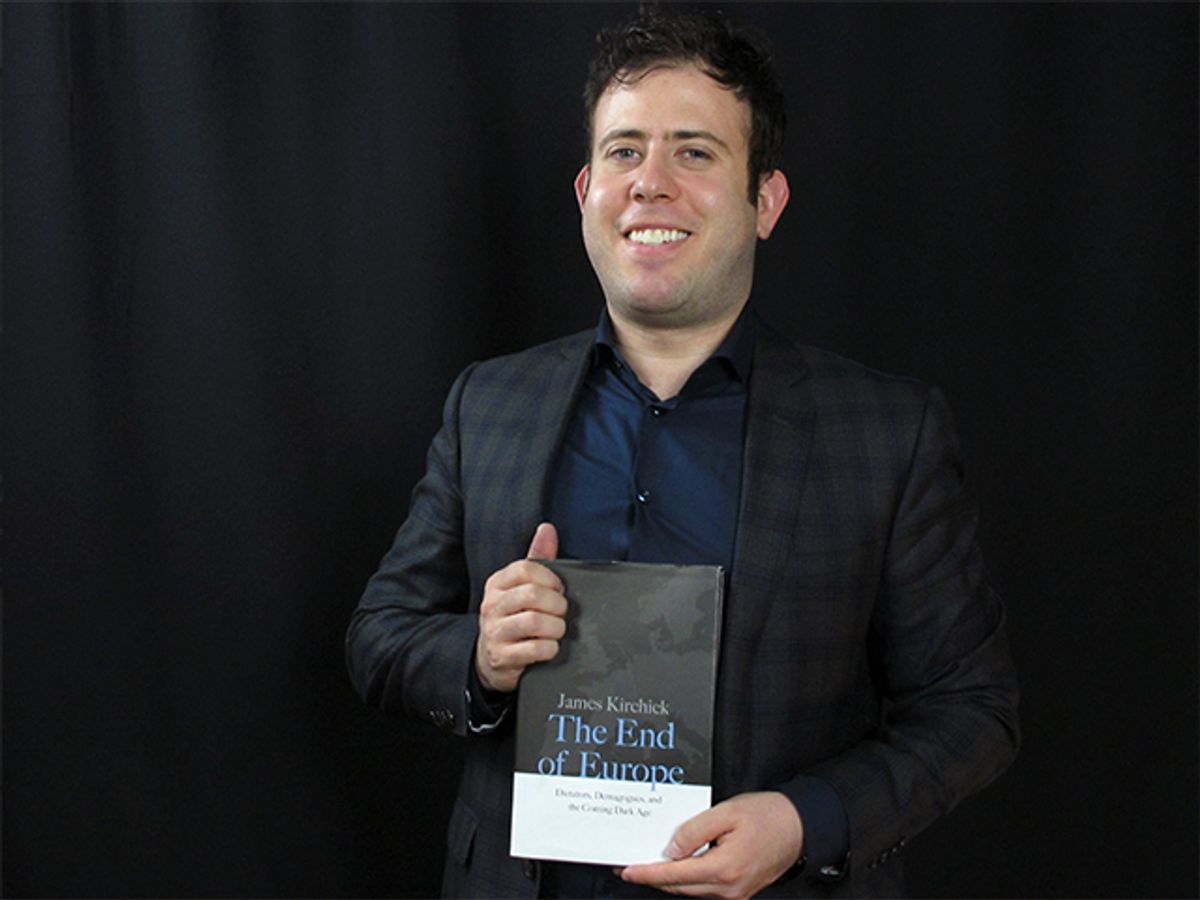 James Kirchick sees more parallels in Barack Obama and Donald Trump’s diplomatic relationships than you might think. A journalist and author who has worked in Southern and North Africa, the Middle East, Central Asia, across the European continent (including for American-owned Radio Free Europe), Kirchick is a gay conservative who caused a viral internet stir when he protested for gay rights on RT, the Russian-owned television channel. We sat down to discuss Kirchick’s criticisms and praises of Trump's leadership and Kirchick’s new book,"The End of Europe: Dictators, Demagogues and the Coming Dark Age."

While Kirchick agreed with Trump's unprecedented phone call with the Taiwanese -- who is generally persona non grata under the "One China" policy -- he has problems with Trump’s relationships with other foreign leaders. He called out Trump for repeatedly attacking German Chancellor Angela Merkel by name during his campaign. Kirchick spoke about Trump’s recent meeting with Merkel in Washington:

I thought just the way that he treated her was so -- as an American, I was so ashamed, and it was humiliating. And it reminded me actually, in a way, of how Barack Obama treated Benjamin Netanyahu, the Israeli prime minister, who is also a strong American ally. So I thought both of these meetings and these relationships were wrong and that you shouldn’t treat allies this way. And yet all the conservatives I saw bashing Barack Obama repeatedly for the ways in which he treated Benjamin Netanyahu --they really haven’t had much to say about the way Donald Trump has treated Angela Merkel. And I think that if you want to be consistent, then you need to criticize both.

Kirchick says he feels Trump’s criticism of Merkel is “preposterous” – particularly when you combine that with the fact that Trump has repeatedly shied away from criticizing Russian President Vladimir Putin.

So, on the one hand you have, you know, a German chancellor who is resolutely pro-American, who’s an ally, who grew up in East Germany and knows dictatorship and loves America, and he treats her like crap. And then there’s, on the other hand, a lifelong KGB agent who invades his neighbors and murders his political opponents and is basically a dictator, and Donald Trump has nothing but nice things to say about him? I mean, I still feel like I’m making the conservative point here. I thought conservatives are supposed to stand by American allies and stare down our enemies.

Kirchick is stuck at an in-between place, where he’s not a huge fan of Trump, but certainly not joining in the liberal Obama nostalgia either. I asked what his plan is for the next four years.