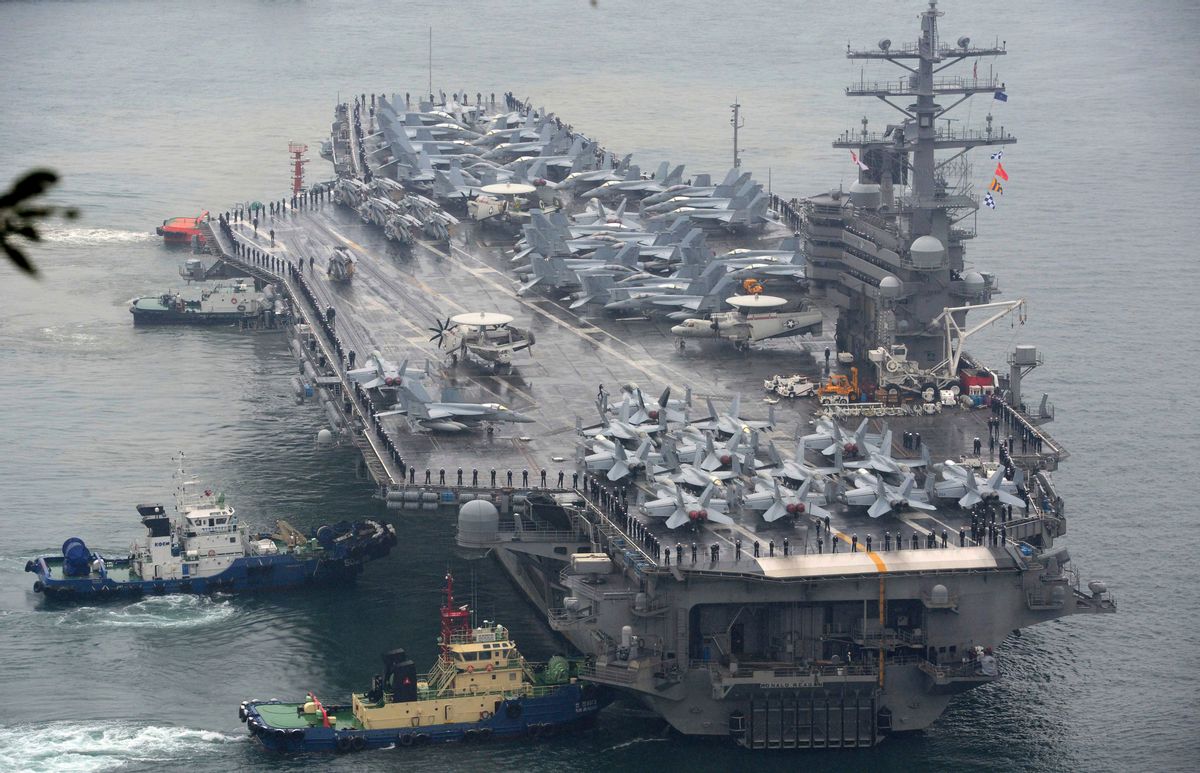 Shortly after North Korea launched a missile on Wednesday off the coast of the Korean peninsula, the U.S. military issued a statement condemning the aggression in the "Sea of Japan." Some South Korean journalists complained that the use of the "Sea of Japan" language alone in an official document was inappropriate, as the name dates back to Japan's rule of the Korean peninsula during the interwar period, Yonhap News Agency reported.

The U.S. Pacific Command, headquartered in Hawaii, confirmed the missile launch in a statement on Wednesday, reporting that the projectile flew nine minutes before falling into the "Sea of Japan."

U.S. Forces Korea issued its own statement contemporaneously, with one minor difference. The U.S. Forces Korea statement referred to the waters as the East Sea, writing that the missile landed in "waters east of the Korean Peninsula."

"We are aware of the issue, which is not new," the official said, requesting anonymity.  Referring to the U.S. Pacific Command, the official added, "PACOM is just following the U.S. government position on the geographical name decided by its maritime-boundary agency."

The international name for the body of water adjacent to Japan, North Korea, Russia and South Korea has long been disputed.

In 2012, the International Hydrographic Organization, the outfit that governs the naming of bodies of water, decided to put off changing until its next meeting the name Sea of Japan, despite South Korea's request to use East Sea along with it.