How low can the GOP go? This ad tells you all you need to know 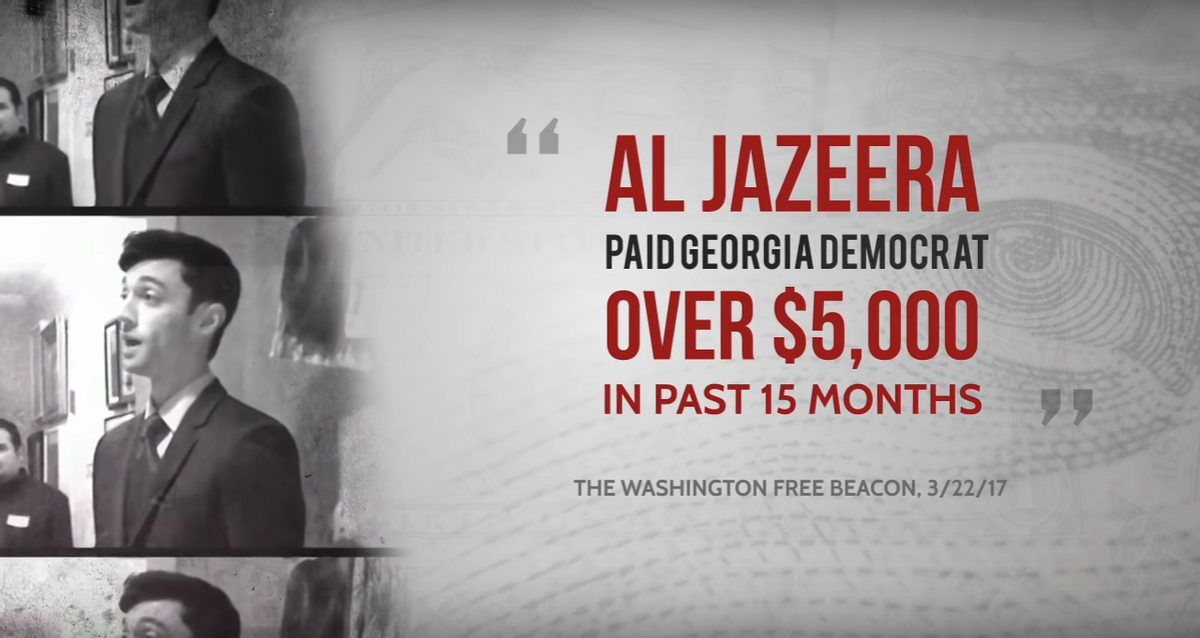 A superPAC dedicated to electing Republicans to the U.S. House of Representatives debuted a desperate ad on Wednesday targeting the special election in Georgia's sixth Congressional District. The 27-second ad, made by the Congressional Leadership Fund, tries to tie Democratic hopeful Jon Ossoff, the dark horse in the race, to a group "described as a mouthpiece for terrorists."

The group at issue in the commercial is Al-Jazeera, a media organization that usually provides better news coverage than most U.S. cable news channels. Yet the ad uses B-roll footage of Islamic militants and Osama bin Laden to suggest that Al-Jazeera is some pro-jihadi group.

A new survey has Ossoff polling at 43 percent in his district, seven points below the threshold to win outright and avoid a runoff. Health and Human Services Secretary Tom Price vacated the contested seat when he joined President Trump's administration. A traditionally red district, New Gingrich once represented its affluent suburban constituents.

But now the GOP appears to be panicking. The Congressional Leadership Fund has resorted to baseless fear-mongering in order to activate a strong enough opposition against the surging Ossoff. The race has received attention nationally because it offers the Democrats a real opportunity to steal a seat and demonstrate the party is relevant in a post-Trump America.