Spring fever: A pair of studies unravel the often dueling mysteries of attraction and suitability

What attracts your romantic interest has little to do with them; what makes a keeper is all about how they see you 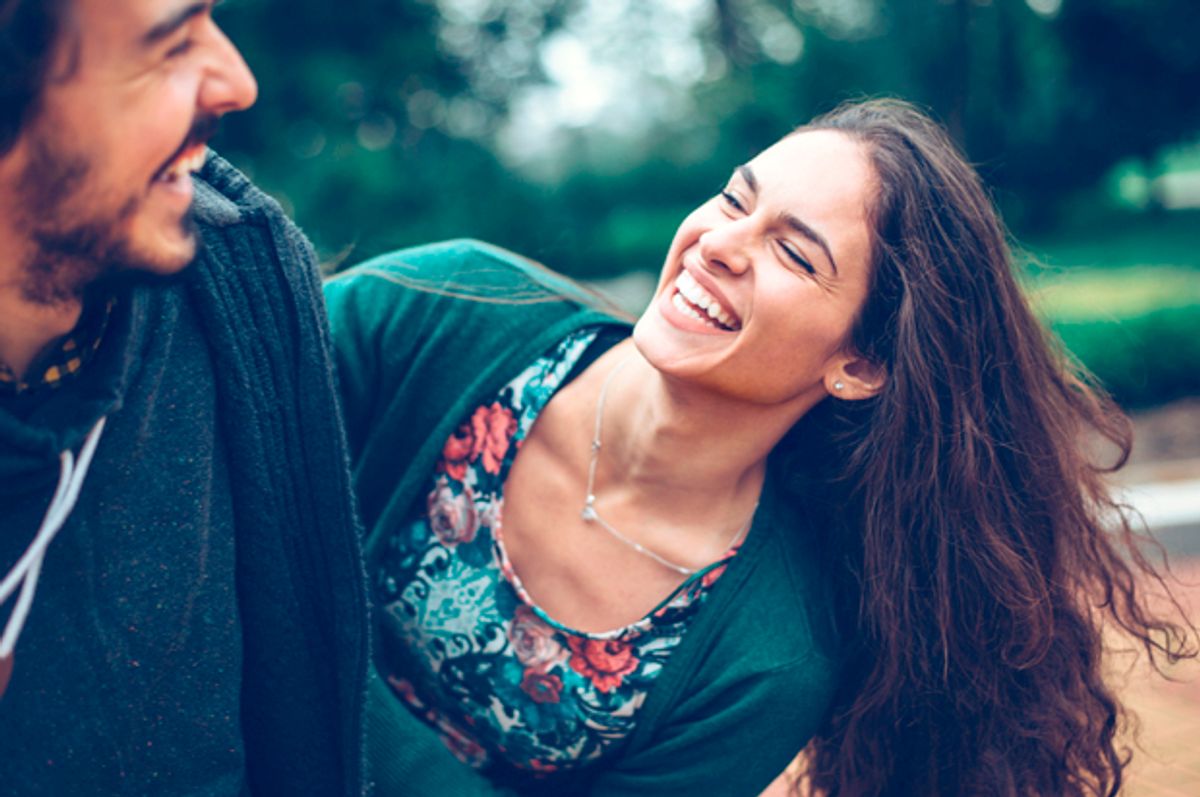 I’m fortunate enough to find myself in a wonderful relationship. He answers the phone when I call, makes me laugh so hard that the muscles in my cheek start to hurt and is secretive only when ordering surprises for me like Chrissy Teigen's cookbook and “Planet Earth 2” on Blu-ray. It’s weird because things are just so good. I sometimes wonder if there’s a catch.

After being burned by old lovers it’s natural to question, Why him? My friends and I have spent hours poring over failed relationships to assess the damage in an attempt to pinpoint what went wrong only to have similar issues in later relationships. It’s easy to write it off as having a romantic type, but how can some relationships fail so magnificently while one special one glides as smooth as silk over shoulders? There has to be some science to it.

A new study from the Journal of Personality and Social Psychology examined consistency and inconsistency between romantic partners to determine how romantic types factor into relationships over time. Researchers at the University of California, Davis, studied the characteristics of more than 1,000 past and present heterosexual couples and found that most former flames have similar physical features as the current ones as well as other qualities.

The study’s authors pointed out, “During the partner-selection process, people may have difficulty differentiating between partners that prove to be casual and short-term versus committed and long-term.” This can explain why the same failures can occur with different partners. We might be attracted to a certain set of qualities, but that does not guarantee that the set is conducive to a long-term and functional relationship.

The study also found people can be attracted to different partners who vary in their religious background, education and geographic location as well as level of intelligence and attractiveness, among other traits. The researchers believe this is not only because people attract certain types (intelligent, broody musicians, for instance) but rather because like attracts like. Finding a romantic partner, therefore, greatly depends on one’s location and "desirability" in having certain traits.

And what about when it works?

Successful relationships are often described in terms of when two people  feel comfortable being themselves with each another, flaws and all. There comes a point when you allow your partner to realize little things like how your socks never match and that you’re decidedly not a morning person. This degree of comfort is important, but science shows that partners who bring out the best in each other have better relationships.

Another study from the Journal of Personality and Social Psychology found that being one’s best self in a relationship leads to greater success than being one’s actual self. Researchers asked participants to describe themselves in terms of an ideal self and an actual self, and asked some individuals to think about how often they enacted one version or the other around their partners. The researchers found that overwhelmingly, people who said they’re their best, or ideal, selves with their partners rated their relationship as being more authentic and satisfying than those who reported they could not be their ideal selves around their partners.

What matters, then, is finding a partner with whom one can be the best version of oneself, and it creates a positive feedback loop. It’s easy to think you can conquer the world if your lover looks at you as if you hung the moon.