Republicans throw the word "abortion" around, but the services they're cutting are maternity care and birth control 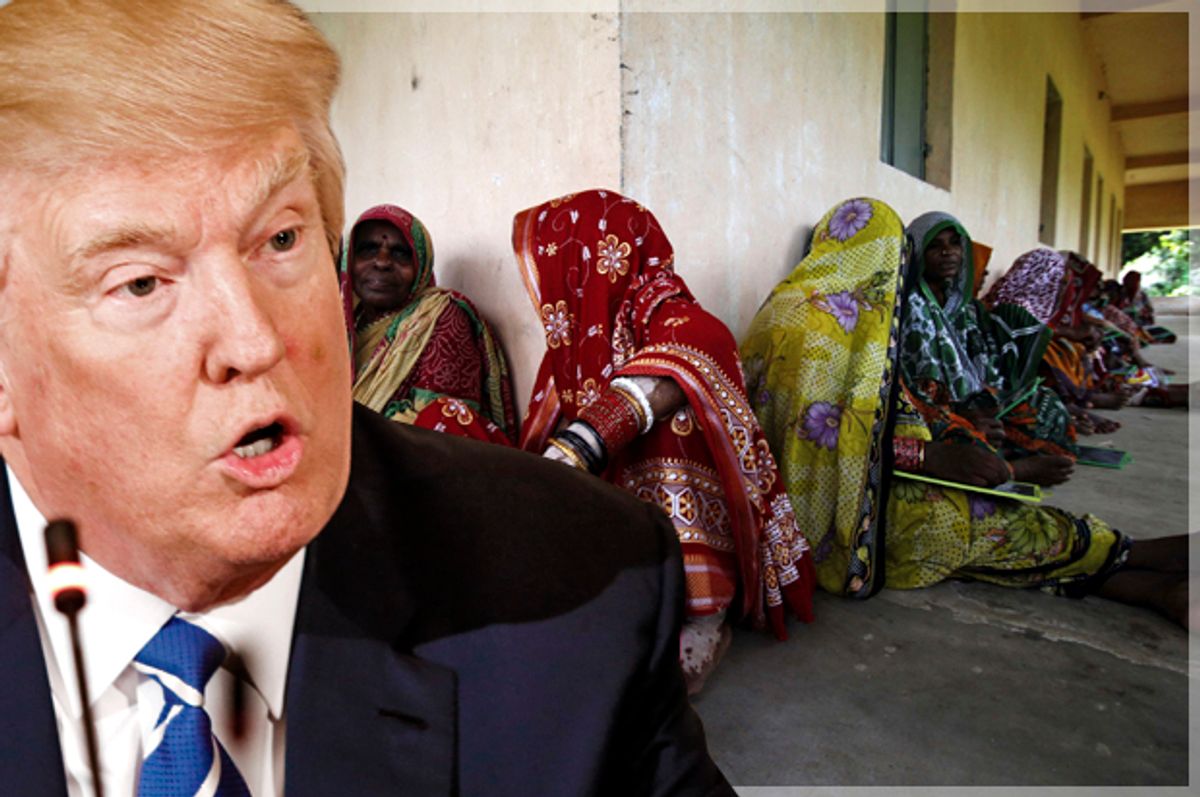 On Monday night the Trump administration once again signaled its hostility to the very idea of reproductive health care when the State Department announced it was withdrawing funding to the United Nations Population Fund, an international program dedicated to delivering preventive care, in the form of contraception and childbirth safety assistance, to women around the world.

It sadly comes as no a surprise that the  administration of President Donald Trump defunded this program. Targeting this program became a Republican rite of passage during Ronald Reagan's administration, when the once uncontroversial program was targeted by Christian right demagogues and subsequently defunded in 1986. Both Presidents Bush also defunded the program.

Anti-choicers rarely admit out loud that they are motivated by hostility toward women and instead try to pretend that they are moved by some great love of "life." That excuse can appear paper-thin under ordinary circumstances but begins to seem laughable when it comes to funding the United Nations Population Fund.

For one thing, no UNFPA money goes to abortion services. Instead, the program focuses on preventing abortions, especially unsafe or illegal ones, by helping women prevent unwanted pregnancies in the first place. Second of all, a major initiative of the program is to make childbirth safer for the mother and the baby. The organization's funding helps support the training of midwives, promotes prenatal care and maternity care; it aids with the distribution of clean delivery kits that make it easier for birth attendants to maintain hygienic conditions for childbirth in areas or situations where people struggle to obtain basic supplies.

In its response to the Trump administration's actions, UNFPA said that with the aid of the United States, in 2016 alone its accomplishments included:

Many words could describe the ideology that prompts politicians to cut funds that save women and children's lives but "pro-life" should not be among them.

In service of the pretense that this life-destroying decision is somehow "pro-life," Republicans have accused the United Nations Population Fund of supporting coerced sterilization and abortion in China. UNFPA denies this accusation, and the administrations of Presidents Barack Obama and Bill Clinton found no reason to believe it.

The likeliest explanation is that these China-focused accusations are yet another half-baked excuse concocted by anti-choice Republicans as cover for their real agenda, which is undermining reproductive health care and punishing women for having sex.

A similar dynamic is at play with Republican attacks on Planned Parenthood. While the word "abortion" is thrown around, the policies that Republicans propose are all aimed at cutting women off from access to contraception and other non-abortion reproductive health services.

Indeed, it seems clear at this point that Republicans' real policy goal is to cut contraception funding, but they know it would be politically unpopular to say that straight out. Their true feelings do leak out in the public sphere from time to time. Vice President Mike Pence, for instance, made no bones about his disgust with contraception in a 2002 interview he conducted while a congressman.

At issue were comments by Colin Powell, then secretary of state, who angered conservatives by making sensible remarks about condoms at a 2002 international forum hosted by MTV. Powell said he encouraged condom use "among people who are sexually active and need to protect themselves."

Pence, however, angrily disagreed when asked about this on CNN by Wolf Blitzer: "Well, I just simply believe the only truly safe sex, Wolf, as the president [George W. Bush] believes, is no sex," even though Powell was clear that he was talking about sexually active people. (This is a group comprised of about 99 percent of adult Americans by the time they reach their 40s.)

It's this mentality — that contraception is naughty and you don't need it if you're married — that is most likely informing the defunding of the United Nations Population Fund, rather than some elaborate nonsense about coerced abortion in China. It's particularly ridiculous in light of the fact that many, and probably most, of the women accessing contraception services through the fund's programs around the world are married. The reason they need contraception is that they are married: Having a man in your bed tends to correlate strongly with having sexual intercourse, after all.

This unwillingness to let women even have access to clean childbirth methods further demonstrates the unhinged misogyny at the center of the decision to defund UNFPA. Even women who do everything "right," according to conservative tenets — having sex within marriage and having babies — are still perceived as untrustworthy and dangerous by the moralistic forces of the right.