Blaming Democrats for an Obamacare collapse might make sense — if it collapses, and if Democrats had any power 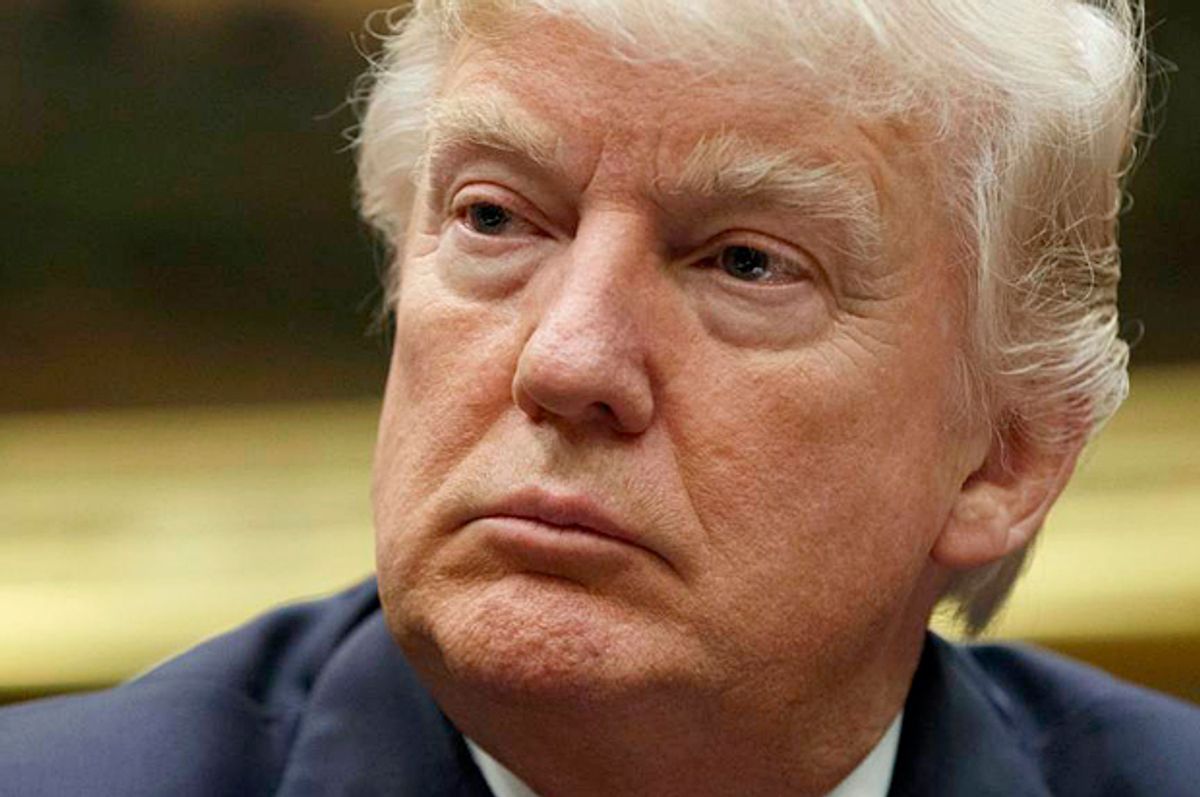 Let’s assume for a moment that the latest effort by the White House and House Republicans to breathe new life into the rotting corpse of the American Health Care Act fails and no significant legislation emerges to “repeal and replace” Obamacare. Should this extremely likely scenario come to fruition and Obamacare is left in place for the foreseeable future, the Republicans’ Plan B for health care is, according to public statements from people at the very top of the GOP, politically motivated sabotage.

President Donald Trump has fulsomely praised himself for trying to pass health care legislation, boasting that he wouldn’t go down the “easy” road of letting the Affordable Care Act collapse and then blaming Democrats. “The easiest thing would be to let it implode in ’17 and, believe me, we’d get pretty much whatever we wanted,” Trump said in January. After the AHCA cratered late last month, however, Trump tweeted, “The Democrats will make a deal with me on healthcare as soon as ObamaCare folds — not long.”

Obamacare is not in any real danger of folding. It could, however, run into some deathly serious problems should the Trump administration opt to mismanage the health care system and help the president’s prophecy fulfill itself. As I wrote last week, we’re in an untenable situation where the administration is mounting open political warfare on a critical program it is in charge of administering. Allowing the Affordable Care Act to stumble because of the administration’s political priorities would be a gross violation of public trust and a moral travesty. On top of that, it would also very likely backfire politically on Trump and the Republicans.

First of all, if you’re going to sabotage a government program and blame it on someone else, the key element to success is to not tell people that is your plan. Trump often makes a big deal of the fact that he keeps his plans secret so his enemies won’t know what’s coming, but in this particular instance he’s telling anyone who will listen about his cunning strategy to let the health care system fail and pin responsibility on his adversaries. Should the Affordable Care Act actually collapse, Democrats will have no shortage of tweets, articles and video clips they can point to demonstrating that this was exactly what Donald Trump had said he was going to do.

To that point, the idea that the public would react to the failure of the health care system by punishing the minority party is a dubious assumption, at best. At this point people understand that the Affordable Care Act was a Democratic piece of legislation but Trump and the GOP legislators got elected by promising to undo it and put a better system in its place. Their failure to do that would certainly not go unnoticed. And given that Trump has bragged at various points so many times about his intention to let Obamacare fail, voters will clearly understand how little he and the GOP did to prevent that failure.

When economic calamity hits, voters tend to hold the party in power responsible. According to some recent polling data, this phenomenon would also hold true in the event of a health care crisis. The Kaiser Family Foundation’s most recent health care tracking poll asked respondents what Trump and his administration should do going forward on health care policy — and 75 percent wanted the administration to do what it can to make sure the existing policy works, while just 19 percent wanted officials to engineer the failure of Obamacare so a replacement could be passed.

The Kaiser Family Foundation also asked respondents who is ultimately to blame for any of Obamacare’s failures going forward. Just 31 percent said they would hold Barack Obama and congressional Democrats responsible. Nearly double that number — 61 percent — said responsibility lies with Trump and the Republicans, now that they’re in control.

Admittedly that’s just one poll, but the results are consistent with political logic and common sense. Trump and the Republicans will not plausibly be able to present themselves as bystanders to an economic trauma that they promised (and failed) to avert. They can try blaming Democrats for Obamacare’s collapse all they want, but Democrats will have been out of power in Congress for nearly four years by the time the 2018 elections roll around. Voters who lose their insurance or see their costs balloon in the aftermath of an insurance market implosion will already know which party was responsible for passing Obamacare. The answer Trump won't be able to give them is why he and the GOP didn’t do anything to prevent its collapse, as they promised they would.