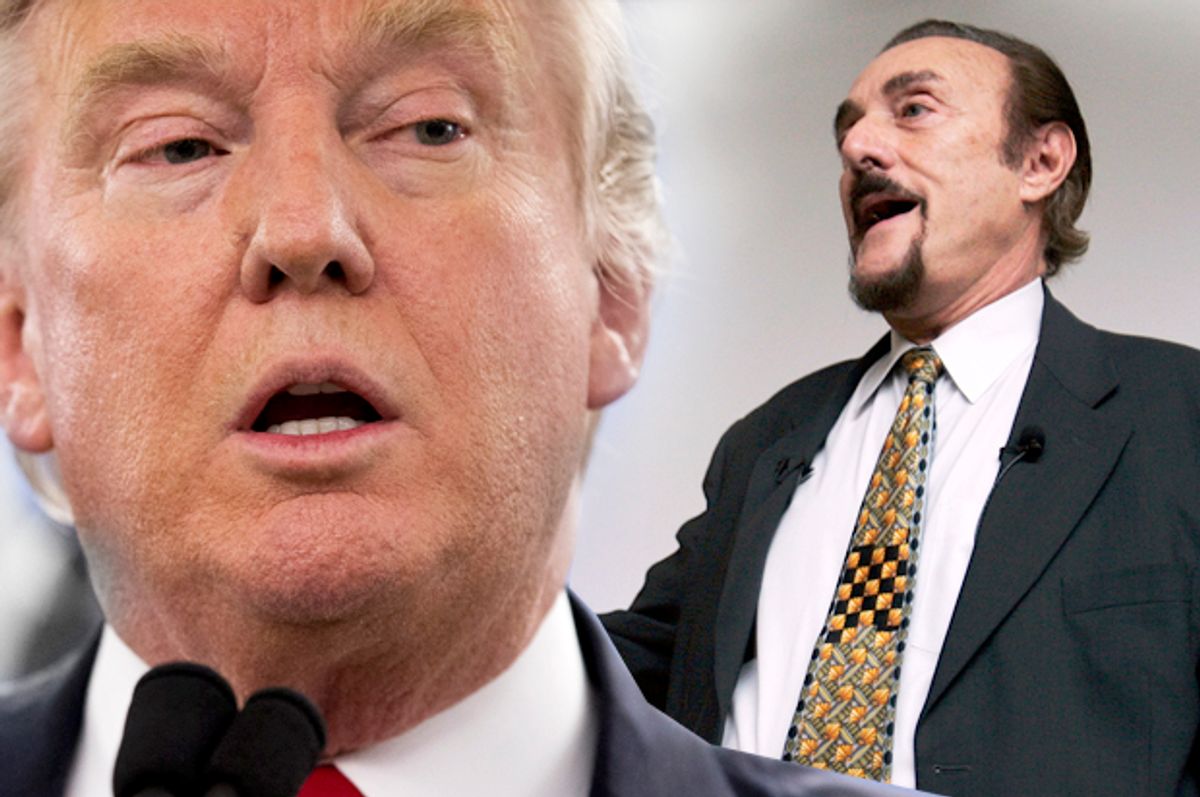 In 1971 Philip Zimbardo conducted one of the most widely known social psychology experiments of all time. A professor at Stanford University, Zimbardo recruited 18 college-aged male students to play the role of guards and inmates in a makeshift prison he would construct in the basement of the psychology department. After just one day of the experiment, these students quickly internalized the roles of the powerful and the powerless.

"Guards" became increasingly abusive and cruel toward "prisoners." The prisoners responded first by resisting and then by succumbing to despair and a sense of learned helplessness. Although the experiment was originally planned for two weeks, Zimbardo stopped his experiment after six days. The lesson had been learned: When the correct group dynamics are present — and a set of rules legitimate the behavior — otherwise "normal" and "good" individuals will abuse and bully other human beings.

In the almost five decades since Zimbardo conducted what is now known as the Stanford Prison Experiment, there has been an increase in the coarseness and meanness of America's popular culture. What has been described as a "culture of cruelty" is the new normal and surveillance is omnipresent. Political polarization and dysfunction have broken the standing norms and rules of good governance in Washington, trust in political and social institutions such as the news media has declined, authoritarianism has increased among conservatives, the social safety net has been torn apart and the nation's police continue to abuse and kill black and brown Americans with near impunity.

This is "social dominance behavior" filtered through racism and the neoliberal economic order. The sum total of these (and other) factors has resulted in the election of the neofascist Donald Trump as president of the United States. In many ways, Trump's election was a decision by millions of American voters to punish their fellow citizens. These people were encouraged and enabled in this desire to do harm by their leaders in the right-wing media and by Trump himself.

How can social psychology help us understand this moment? What lessons does the Stanford Prison Experiment hold for American society in 2017? Are Donald Trump's supporters swept up in a wave of authoritarianism and bullying? Can they be stopped? Why are conservatives so hostile to people they perceive as "the other"? What can we do to resist Donald Trump and fight back against the feelings of hopelessness and trauma that many Americans have experienced since his election in November?

In an effort to answer these questions, I recently spoke with Zimbardo, now a professor emeritus at Stanford and also president of the Heroic Imagination Project. He has written dozens of articles and books, most recently "The Time Paradox: The New Psychology of Time That Will Change Your Life" and "The Lucifer Effect: Understanding How Good People Turn Evil."

You have given talks all over the world about your research. With the election of Donald Trump, what is the view from abroad? How are people in other countries reacting to what they are seeing in America?

It’s an embarrassment. They keep saying, “We don’t understand Americans. We thought you were smart people." They all loved Obama overseas. He was smart. He was articulate. He was a minority. He made very good decisions. This guy comes in who is a billionaire. He’s used to having his own way and runs the White House like it’s his corporation; he makes decisions without conferring with his staff or his party. He believes climate change is a hoax despite all the evidence. He doesn’t believe in science. Then what’s even more embarrassing is a president that tweets online like a little kid.

In terms of the "common man," do you think that some of his voters are living vicariously through him? I am of the mind that a lot of Trump's voters supported him precisely because they felt like he would punish somebody: It could be Muslims; it could be black and brown people. Is that too harsh?

I think you’re right. I think that a lot of people who are relatively powerless sign on to people who have power and live vicariously through them. With Trump they can say, “Wow! That’s amazing. No president ever has done what he’s done or [has ever used] Twitter as his personal message system to say whatever he wants to say and to do whatever he wants to do."

Consider his program "The Apprentice." It was an embarrassing television show but it remained popular. The program essentially revolved around Trump saying, “Dismissed; get out,” and then people are in tears. I think there are people who resonate to that and say, “Wow! Wouldn’t it be great to have that much power to be the boss, the No. 1?” For me, that’s the opposite of what a democracy is.

In America even though our president was democratically elected, what we are seeing is the equivalent of right-wing totalitarianism building up in our country where you do things not for the power of the people but the power of the leaders. That’s essentially what totalitarianism is — a small inner group that dictates what everybody else will do and they take it or leave it.

There is a great amount of research on brain structures and how conservatives are biologically primed to overreact to fear. Can we teach people to be less fearful and less vulnerable to these types of demagogues?

Education. We have a lot of data on how Trump is having a really negative effect on Muslim kids, minority kids, on Jewish kids. We’re seeing this with the burning of mosques, burning of synagogues. There are a lot of kids who are riding the Trump train to be bullies and say, “This is what our president says. If our president says that you are no good, then you are no good." One of the things about bullying that people don’t realize is how bystanders who do nothing are also impacted.

That is a very important aspect of bullying culture that rarely gets commented upon.

We have a lot of evidence that [onlookers] feel shame for the rest of their life because almost always it was one of their friends getting bullied and they did nothing. Bullying is now a major problem. Recent research says that bullying in corporations is on the rise and it costs 10 percent of profits because people who are bullied work less efficiently; they call in sick and often they quit their job and then there are replacement costs. Now with Trump, there’s a presidential justification for it.

What do you think is going on with Trump's psychology? Is there a grand strategy at work or is he just a man-child and a malignant narcissist?

Trump is an unconstrained present hedonist. As kids, all of us are hedonists. We’re born as babies, we want pleasure and avoid pain, we live in the moment Because in order to be future oriented, it depends on development of the forebrain. Future orientation really is an advantage that humans have over animals. Animals live for the moment. You’re hungry, you forage and you eat. My sense is that Trump lives in a totally present hedonistic world. He makes decisions on the spur of the moment without thinking of the consequences. That’s OK if you’re a kid. It also is the basis for all addictions.

Many Americans have been traumatized by this election. They are afraid. You have written a great deal about heroism. What is a hero? And how can we use your theories about heroism to resist Donald Trump and the fascist movement he represents?

A hero is someone who helps another person in need, in an emergency, and aware that there’s a potential risk. Or it’s being willing to stand up to defend a moral cause as a whistleblower does, aware that there’s a cost. You often don’t get promoted or you lose your job, but you do it nevertheless. That’s a classic definition of a hero. It’s taking an action that requires moral courage, not bravery. Bravery is heroism and the battle of first responders.

What we have been promoting with our Heroic Imagination Project is the idea of training people to be everyday heroes in training; meaning you just practice daily deeds of goodness, daily deeds of kindness, daily deeds of compassion. What does that mean? It means everybody you meet — make them feel special, learn their name, make eye contact, shake hands, give them a compliment, remember their name. Do little deeds, holding the door open in the elevator, helping people.

For example, when you give money to a homeless person, don’t just give them money, ask their name, give your name. It’s creating a sense of caring compassion, a community. Heroism is compassion put into civic action.

You are perhaps most well known for the Stanford Prison Experiment. In hindsight, how do you feel about it?

It’s the most widely known experiment in psychological history. I would do it again. Only I would not play the role of superintendent because in that role you get sucked into it. It was me and two students working around the clock. The prison is breaking down every day. There are parents visiting, parole board hearings, police and prison chaplains coming. There’s escape rumors. It was overwhelming. I know I could not have gone another week.

What lessons do you think the Stanford Prison Experiment holds for American society at present?

What was dramatic about the study was the rapidity and ease with which intelligent college students who were otherwise normal and healthy followed their roles as prisoners and guards. We gave them no clue of what it means to be a guard. You know, in our culture prison guards are people who have power over prisoners who have less power — except that prisoners have the power of numbers. Guards have to convince prisoners that even though there are fewer of them, they have the weapons; they have other means of power to suppress them. You make them feel helpless and ineffectual.

What scares you right now? What gives you hope?

Despite all the Trumpism, I’m optimistic about human nature that right will prevail over wrong. Heroism will prevail over evil. For me, again as an educator, it’s really important that teachers have to be anti-Trump in their own political mentality, their own morality. Whether or not they can present those political views in class, they can certainly prevent the Trump political views from being espoused. When kids act Trump-like, they can stop it cold. They can stop Trump-like bullying. They could call it for what it is.

I’m optimistic that Trump and his ideals will go away and people will laugh about it in the near future while saying, How could we have been so stupid?