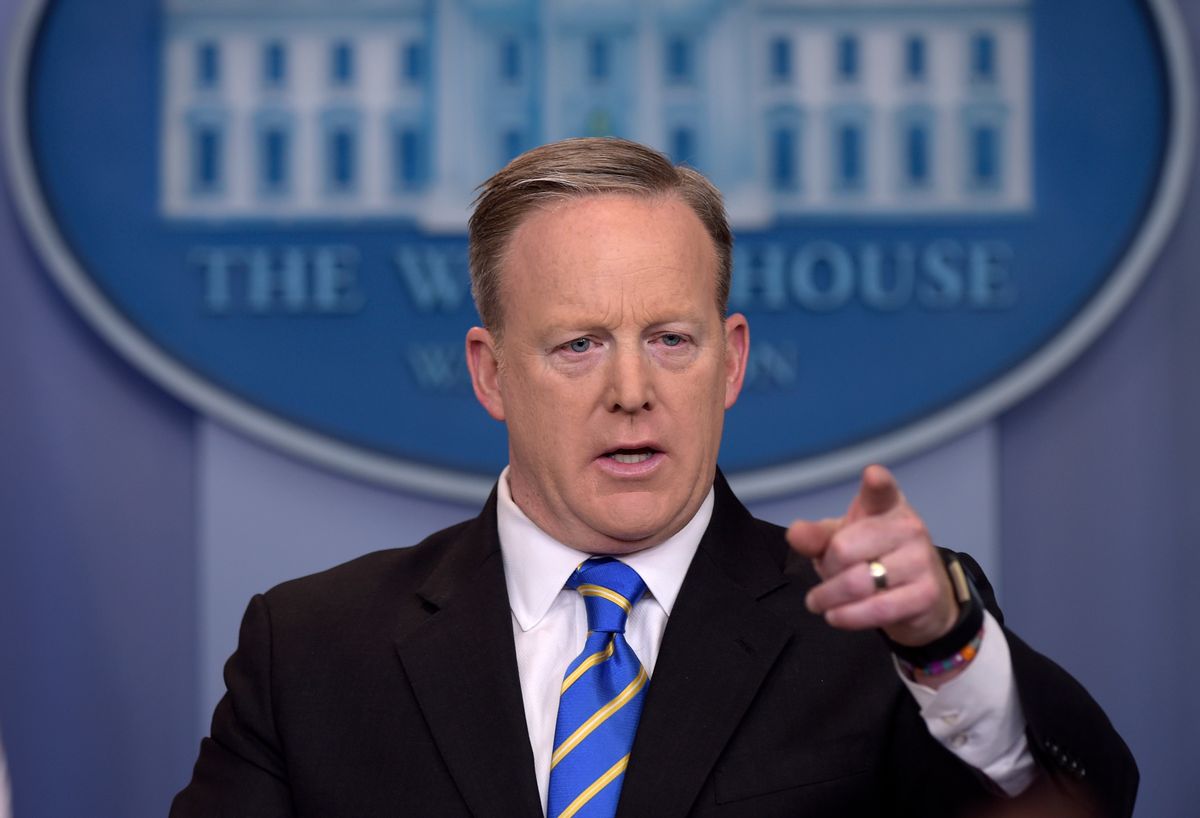 Have you ever watched Press Secretary Sean Spicer man the White House briefing room and think, 'it's like he's talking to children rather than White House correspondents?' Well, the many instances where he has told reporters "don't interrupt" or "stop shaking your head" or "you don't get to yell out questions" inspired one video editor to bring Mr. Spicer, the kindergarten teacher, to life.

The folks at "The Daily Show" set out to answer the question: "Does @SeanSpicer treat the press like a bunch of kindergarteners?" The answer, of course, is yes.

Does @SeanSpicer treat the press like a bunch of kindergarteners? pic.twitter.com/SH3nowF4wR

In the video, the team swaps reporters with five-year-olds and tests Spicer's rhetoric inside a kindergarten classroom. "You don't get to just yell out questions," Mr. Spicer says. "We're going to raise our hands like big boys and girls."

They also remade the bizarre — and condescending — recent exchange between Spicer and April Ryan, when the press secretary told Ryan to "stop shaking [her] head" as he interrupted her question.

But the five-year-old wasn't as professional as the veteran reporter, and Spicer's command seemed justified.

If a 2020 re-election campaign doesn't pan out for Trump, at least Spicer has some options. "The Daily Show" says Spicer might have stumbled upon his true calling as "a disdainful, overworked kindergarten teacher."