Congress: Trump's going to have to come to us to authorize Syria escalation 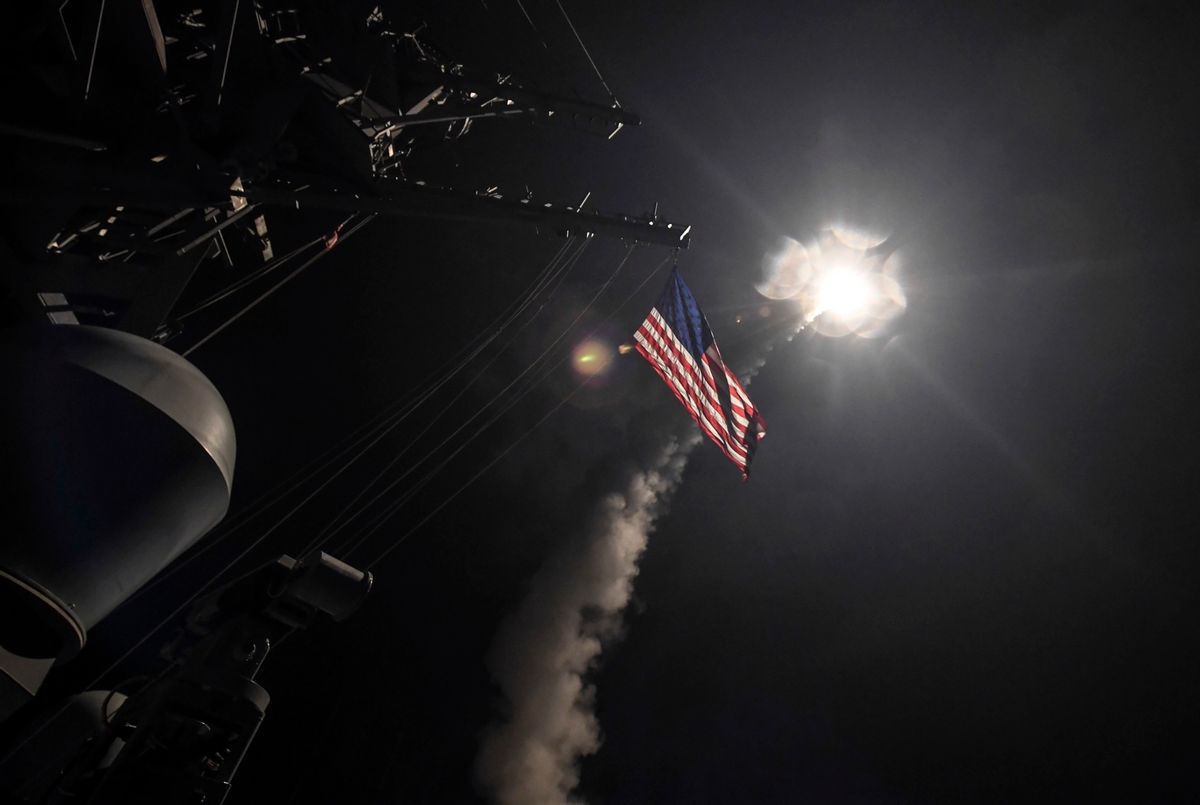 Lawmakers on both sides of the aisle invited President Donald Trump to engage Congress on further action in Syria, as some insist that the commander in chief must seek approval if the U.S. plans on escalating its military response. Several members of Congress have called on Trump to ask for congressional authority, while others have already indicated that they would vote against intervention.

Most lawmakers agree that Trump's missile strike was legally justified despite no congressional approval. Under the 2001 Authorization for Use of Military Force, the President is authorized to "use all necessary and appropriate force" to prevent future terror attacks against the U.S. Historically, this resolution has been stretched to other military confrontations. Former President Barack Obama cited the measure in 2011 when he used military force in Libya.

But now it appears that Trump has exhausted any unilateral authority he had with the airstrike Thursday night. Senate Minority Leader Chuck Schumer, D-N.Y., and House Minority Leader Nancy Pelosi, D-Calif., both said that Trump needs to engage Congress for further action.

“Tonight’s strike in Syria appears to be a proportional response to the regime’s use of chemical weapons," Pelosi said. "If the President intends to escalate the U.S. military’s involvement in Syria, he must to come to Congress for an Authorization for Use of Military Force which is tailored to meet the threat and prevent another open-ended war in the Middle East."

“It is incumbent on the Trump administration to come up with a strategy and consult with Congress before implementing it," Schumer said. "I salute the professionalism and skill of our Armed Forces who took action today.”

Rep. Adam Schiff, D-Calif., the ranking member on the House Intelligence Committee, said he will be "re-introducing an authorization for use of military force against ISIS and al-Qaeda when Congress returns to session."

"Congress cannot abdicate its responsibility any longer and should vote on any use of force not made in self defense," Schiff said.

Some lawmakers hinted at their stance on further military action in Syria when they called on the president to seek congressional approval.

Democrat Rep. Barbara Lee, who was against military action in Afghanistan, tweeted Thursday that the missile strike was "an act of war" and that Congress needed to "come back into session & hold a debate. Anything less is an abdication of our responsibility."

Sen. Rand Paul, an isolationist, pointed at history to express his disapproval in further action.

"The President needs congressional authorization for military action as required by the Constitution, and I call on him to come to Congress for a proper debate," Paul said. "Our prior interventions in this region have done nothing to make us safer, and Syria will be no different."