On the same day Russia accused the U.S. of violating international law, the U.S. announced a new probe into Russia 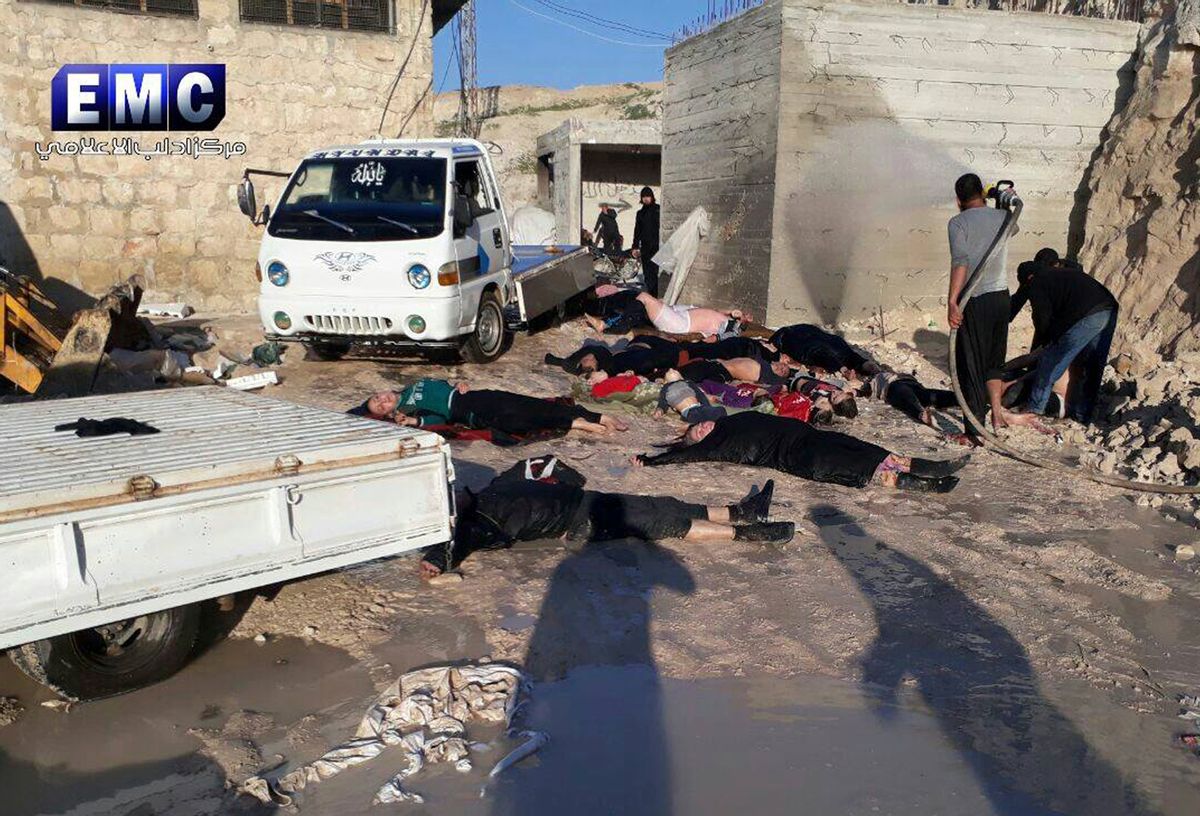 The U.S. military is investigating whether Russia bombed a hospital in Syria in order to destroy evidence of this week's chemical attack attributed to President Bashar al-Assad's forces, senior military officials told the Associated Press on Friday.

Pentagon officials are also exploring the possibility that Russian warplanes struck a Syrian hospital treating victims of Tuesday's chemical attack in an attempt to destroy evidence linking Assad to the chemical strike that left over 70 dead. The attack on the hospital came hours after Assad's forces launched the deadly strike against the rebel stronghold of Idlib province.

Pentagon officials said a drone belonging to either Russia or Syria was seen near the site of the chemical weapons attack Tuesday, the AP reported. The drone returned later when victims of the attack were transported to the hospital for treatment. Shortly afterward, the hospital was bombed.

U.S. officials are still trying to determine who is responsible for the hospital strike.

Earlier Friday, former White House senior adviser David Axelrod suggested in a tweet that it was improbable the Kremlin was unaware of the deployment of sarin gas if Russia had a presence on that Syrian air base.

One theory advanced by U.S. military officials is that the hospital bombing sought to cover up any evidence of the prior chemical attack.

At the United Nations on Friday, Russia's deputy ambassador on the security council called on the President Donald Trump to cease military action in Syria, arguing that U.S. was harming a political resolution. A spokesman for Vladimir Putin went so far as to say that the missile strikes on the Syrian air base were an "aggression against a sovereign state in violation of international law, and under a false pretext."

Earlier this week, Russia and China vetoed new U.N. sanctions on Syria, refusing to hold Assad's regime accountable for the use of chemical weapons.