Is Donald Trump’s wall a physical wall or just a metaphor? The Republican debate rages on

No one really knows what Trump's wall is going to look like, but Republicans can argue over it 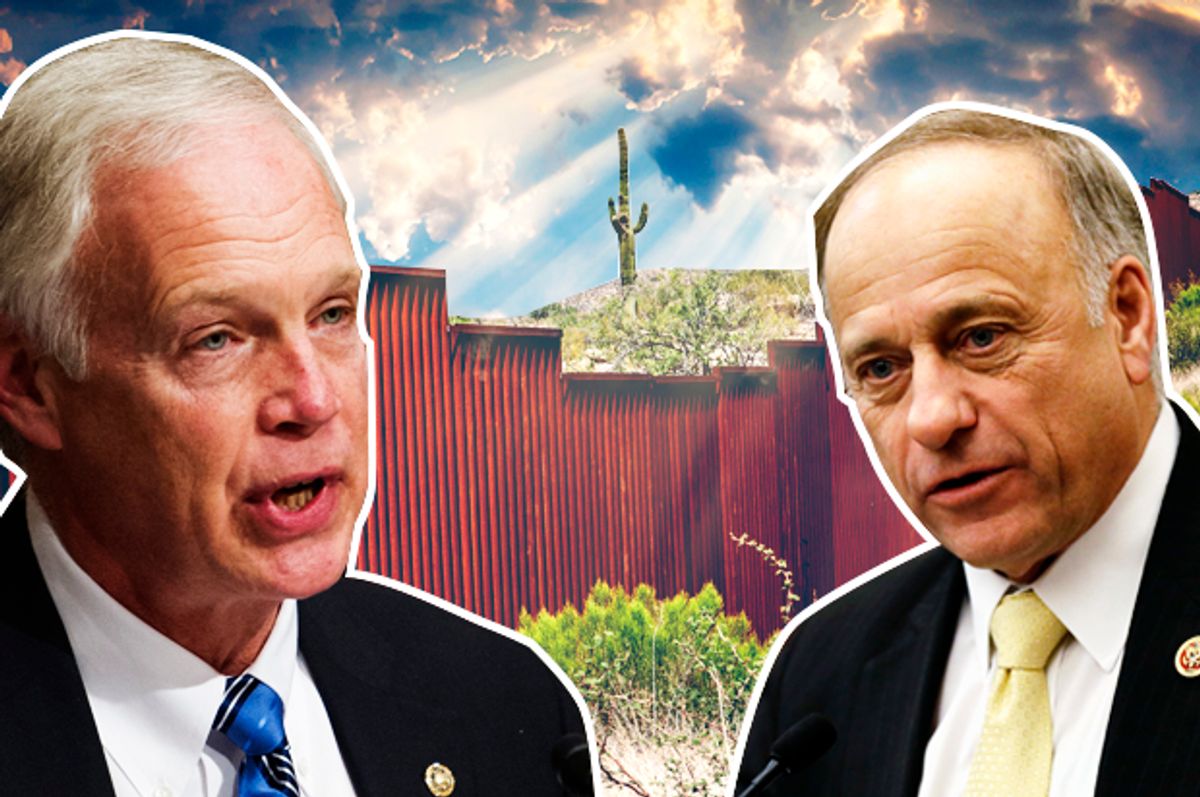 The clock is ticking on Donald Trump's first 100 days in the Oval Office, and it's not clear if he will be able to deliver on his signature promise: raising a wall along the U.S.-Mexico border. The president has repeatedly changed his position on the subject, including  backing off on the idea of a massive structure to doubling down on the promise that his supporters clung to.

But there's a big schism in the Republican Party when it comes to the wall. Because, like reading the Scriptures, Donald Trump's wall promise is being interpreted in different ways. Some people believe Trump is going to strengthen the current border control practices — meaning enhanced security measures — while others won't be happy until there's a goddamn slab of concrete stretching from the Gulf of Mexico to the Pacific Ocean.

Here are the two camps and what they're thinking:

The wall is a metaphor

Sen. Ron Johnson, R-Wis., seems to believe the wall proposal is nothing more than a metaphor for strengthening the security along the border.

Johnson did say, "We need better fencing," but added that he believes that action will be taken in "a very thoughtful manner."

Other Republicans, such as Rep. Dennis Ross of Florida, share this sentiment: “The ‘wall’ is a term to help understand it, to describe it,” Ross told Bloomberg in December. Added Ross: It “really means ‘security.’ It could be a fence. It could be open surveillance to prevent people from crossing. It does not mean an actual wall.”

"It's unlikely that we will build wall or a physical barrier from sea to shining sea," Kelly testified, according to the Dallas News. "We're not going to build a wall where it doesn't make sense. But we'll do something across the Southwest border."

No, it's a real wall

Other GOP members of Congress, such as Iowa Rep. Steve King, are taking the president at his word literally and are expecting Trump to deliver on his commitment to the wall.

“When you say a wall, you mean a wall," King told CNN in December. " You want to build a fence, you say fence. You don’t use it a euphemism for a virtual — say, surveillance from hot-air balloons that are floating over the border."

Rep. King even has schematics.

King isn't the only Republican congressman who is determined to see a physical barrier constructed. House Homeland Security Committee Chairman Michael McCaul has reiterated candidate Trump's early campaign promises. “We are going to build the wall. Period," he said in December, according to Bloomberg. Describing it in further detail, McCaul said the wall would look like a “historic, multi-layered defense system so that drug cartels and terrorists don’t skip through the cracks.”

Since no one has have a firm understanding of what the so-called wall will look like, plenty of questions remain unanswered — about its cost and who will bear it. Trump has suggested the wall could run roughly $10 billion, according to an estimate provided his campaign by the National Precast Concrete Association, CNN reported. He has also insisted that Mexico will front the bill, despite Mexican government officials saying otherwise. Other estimates have pegged the structure as running $25 billion in total.

There still seem to be more questions than answers and no true plan of action for the Trump administration when it comes to concrete border security.