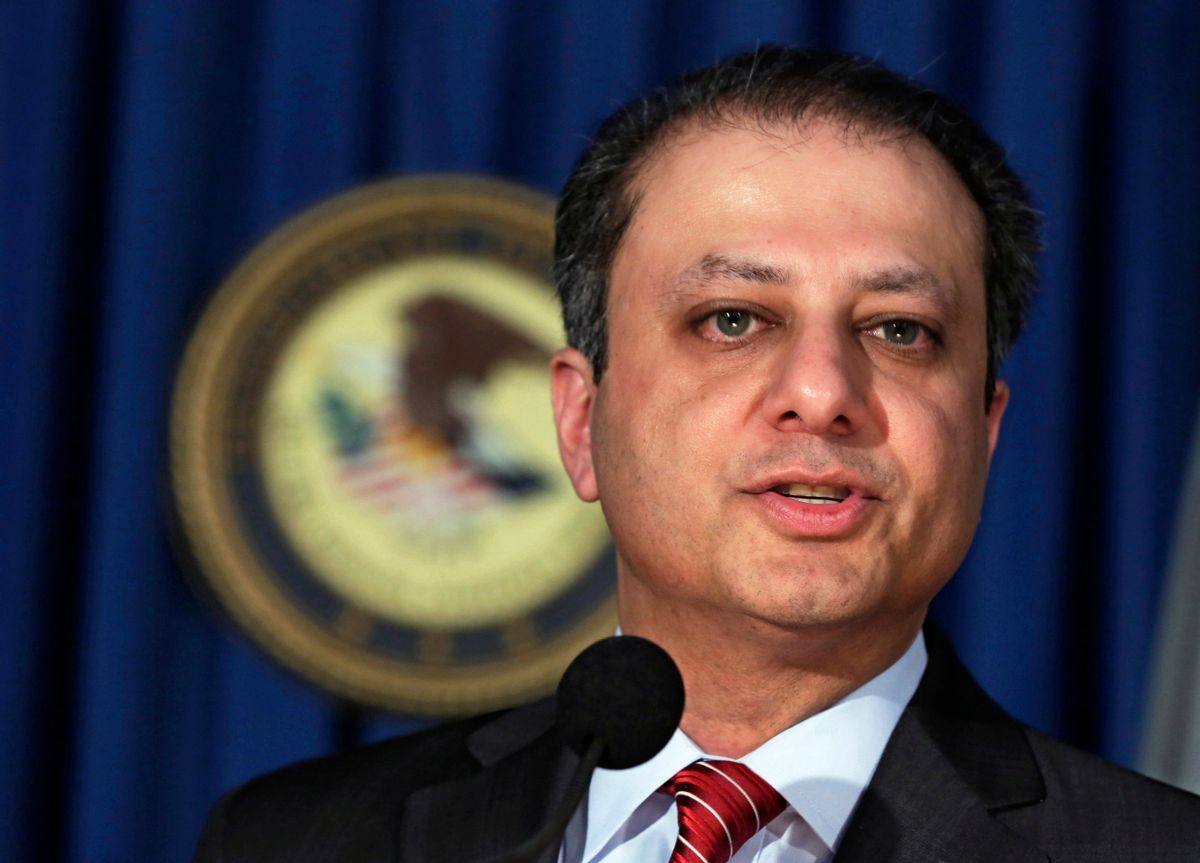 In his first interview since President Donald Trump's Justice Department fired him, former U.S. attorney Preet Bharara told The New York Times this week that his removal from office was the result of the new administration's "helter-skelter incompetence."

Bharara described his ousting as "a direct example of the kind of uncertain helter-skelter incompetence when it comes to personnel decisions and executive actions that was in people’s minds when this out-of-the-blue call for everyone’s resignation letter came.”

Bharara, who recently joined New York University School of Law's faculty, said that he still questions why he was fired as the U.S. Attorney for the Southern District of New York, a position he had held since 2009.

“Literally, no one was giving us an answer to that question,” he said.

Trump had originally assured Bharara that he would not be let go if Attorney General Jeff Sessions requested mass resignations from Obama-era U.S. attorneys. Bharara revealed that Trump had contacted him over the phone three times to ask him to remain in his post. The former U.S. attorney indicated that these conversations made him uncomfortable.

“I do not think it is wise for a sitting president to try cultivating a personal telephonic relationship with a sitting U.S. attorney, especially one with a certain jurisdiction,” Baharara said, noting that the Trump Organization would likely fall under his purview.

“I mean, either way," he continued, "People would say: ‘All we know is the president called Preet. Preet only has his job because the president bizarrely asked him to stay. And you know what? Preet didn’t charge that guy. Preet didn’t open that investigation. They must have made a deal.’”