After Republicans nuked the filibuster, they confirmed their guy nominated by Trump via the Heritage Foundation 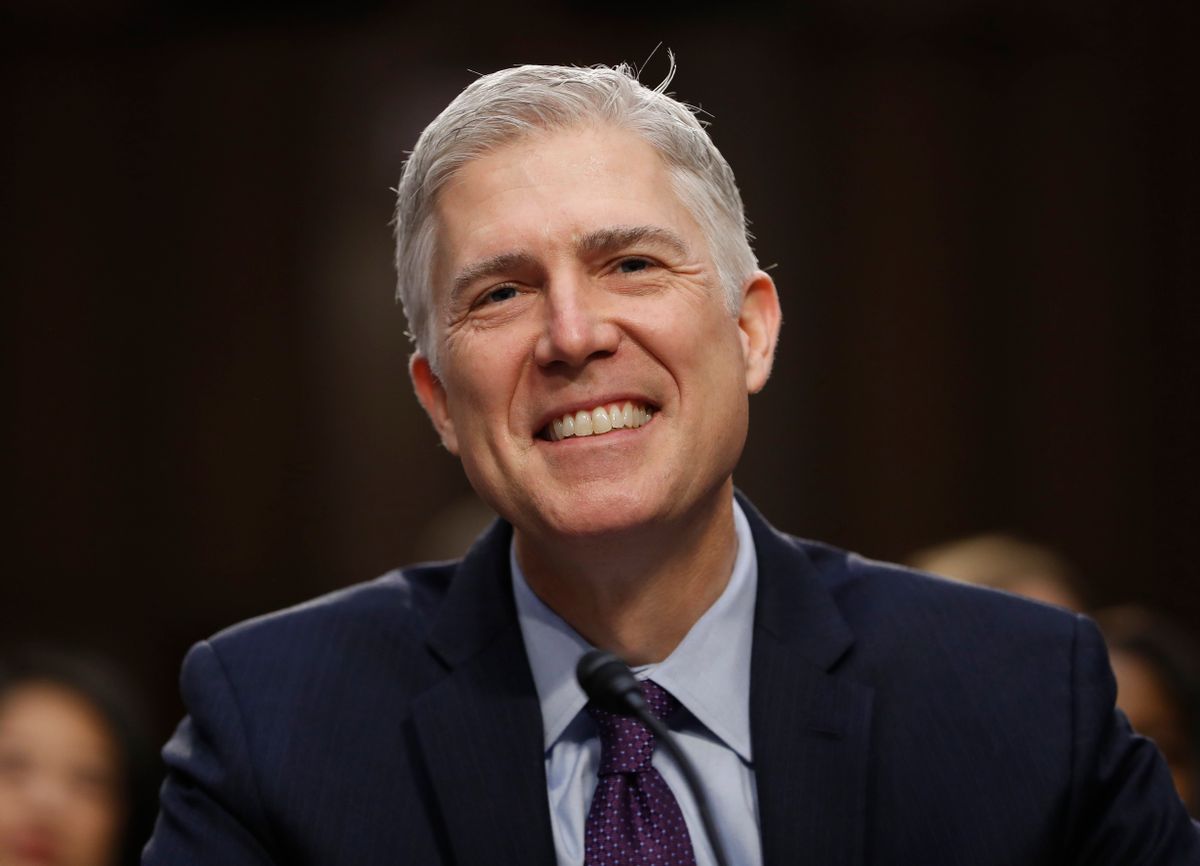 Judge Neil Gorsuch has been confirmed to the Supreme Court after a 54-to-45 vote in the Senate. He will be the 113th justice on the nation's highest court.

The vote mostly went along party lines, although three Democrats — Joe Manchin, Joe Donnelly and Heidi Heitkamp — did vote to confirm Gorsuch's nomination. The judge's confirmation gives President Donald Trump a much-needed win, as his legislative agenda has been floundering since the Obamacare-repeal debacle.

The victory did not come easy, however.

Republicans were forced to invoke the nuclear option on Thursday to overcome the Democrats' filibuster. Still hurt over Judge Merrick Garland's snub last year, liberals and progressives have warned that Gorsuch's legacy will forever be tainted because of the GOP's unprecedented obstruction.

Democrats opposed Gorsuch's nomination, in part, because Trump selected him from a list compiled by right-wing think tanks like the Heritage Foundation and the Federalist Society. Accused of being a friend of big business, Gorsuch's nomination was backed by $10 million in dark money, The New York Times reported.

Gorsuch will be sworn in 9:00 a.m. Monday in a private ceremony. Immediately after, Justice Anthony Kennedy will administer the Judicial Oath at the White House.