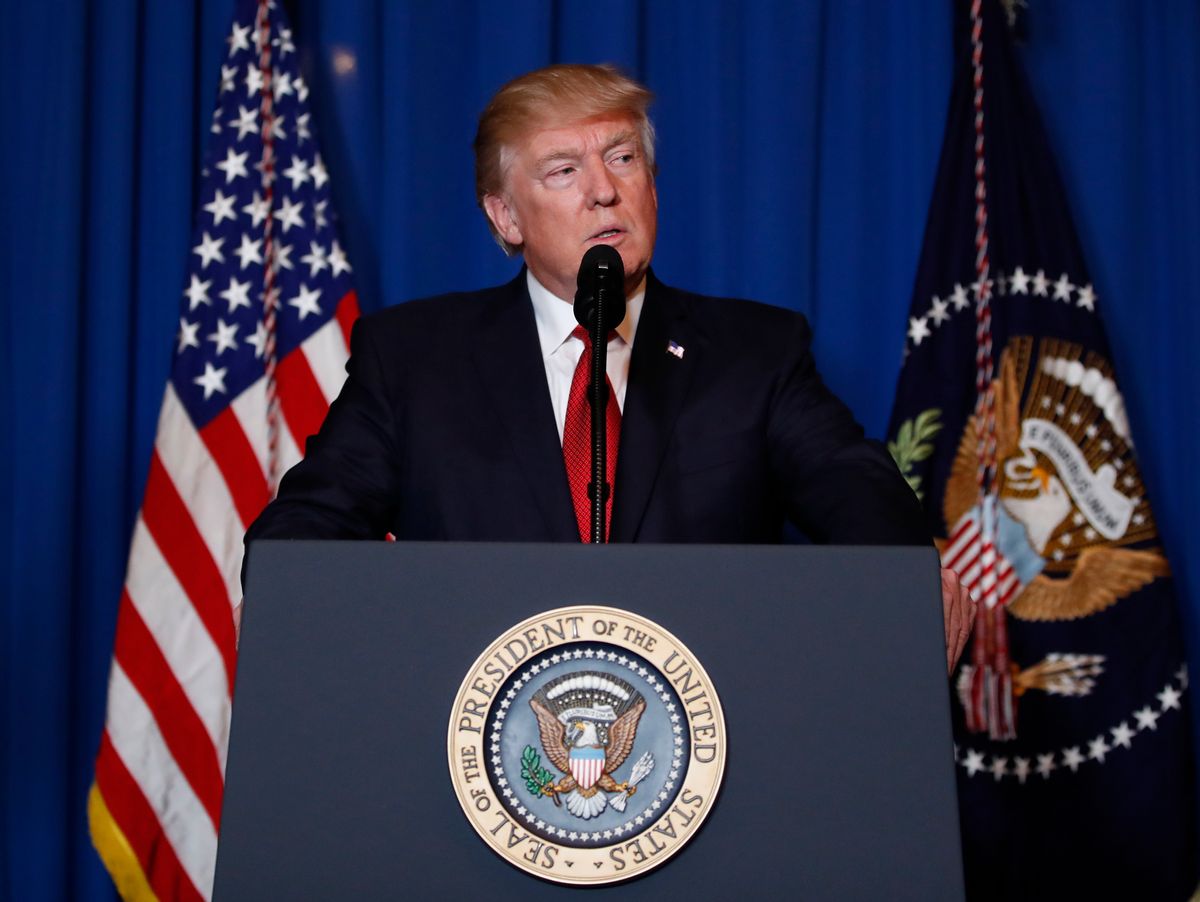 The United States launched a military strike against the Syrian government on Thursday night, AP reports.

President Donald Trump ordered at least 50 Tomahawk cruise missiles to attack a Syrian government airbase as retribution for the chemical weapons attack earlier this week. The deadly mix of chlorine and a nerve agent killed dozens and injured more.

The strikes were fired from two warships in the Mediterranean Sea, according to U.S. officials. This is perhaps the most drastic military action Trump has taken since entering office in January.

This also represents the first direct military action taken against Syrian President Bashar al-Assad since the nation’s civil war began six years ago. During the Obama administration, the United States launched several airstrikes beginning in 2014. However, the previous attacks targeted terrorist groups rather than government forces.

Trump made the decision to strike during a meeting earlier today with his national security team, according to CNN.

Trump spoke about tonight’s attack from his Mar-a-Lago estate:

“Assad choked out the lives of helpless men women and children. It was a slow and brutal death for many. Even beautiful babies were cruelly murdered . . . no child of God should ever suffer such horror.

Tonight I ordered a targeted military strike on the airfield in Syria from where the chemical attack was launched. It is in this vital national security interest of the United States to prevent and deter the spread and use of deadly chemical weapons. There can be no dispute that Syria used banned chemical weapons and violated its obligations under the chemical weapons convention, and ignored the urging of the UN security council. Years of previous attempts at changing al-Assad’s behavior have all failed and failed very dramatically. . . .

We ask for God’s wisdom as we face the challenge of our very troubled world. We pray for the lives of the wounded and for the souls of those who have passed. And we hope that as long as America stands for justice, then peace and harmony will in the end prevail.”