Civic poet with a softer side: Yevgeny Yevtushenko's poetry was a kind of revolution 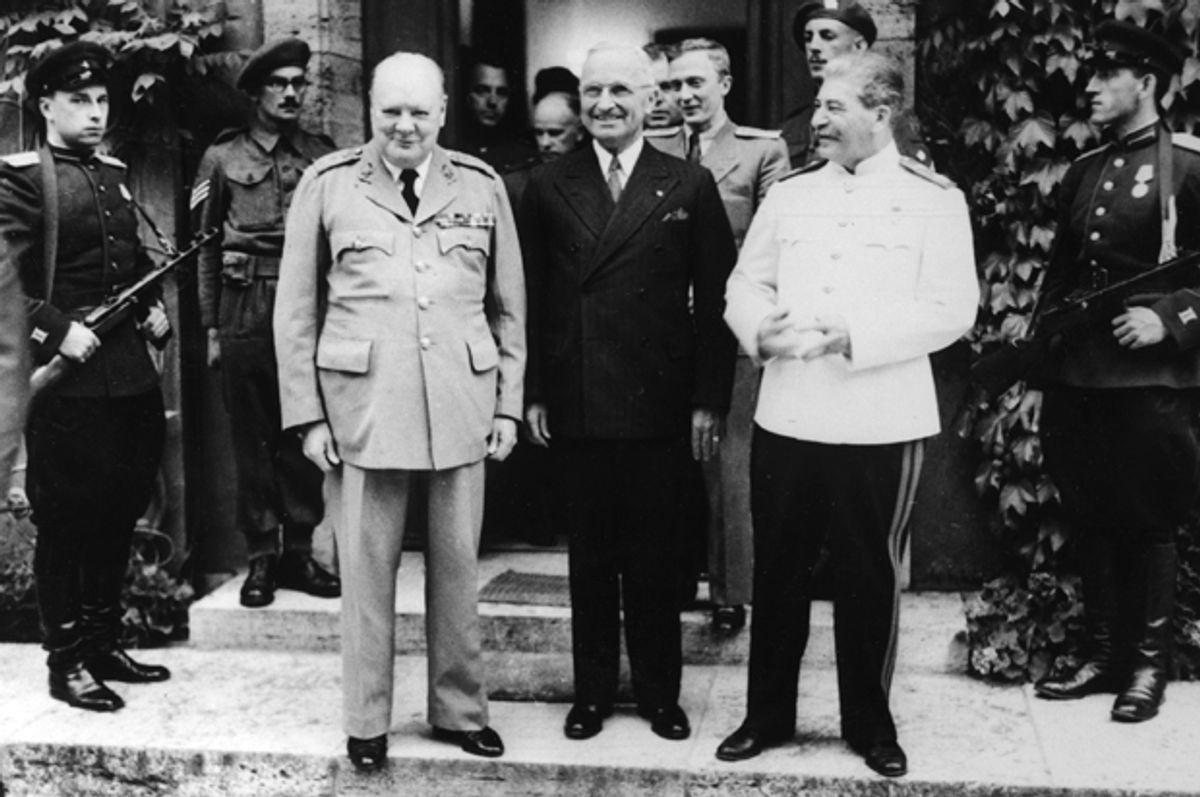 He was an international superstar back then — as tall as a birch, as dashing as a Czar, a rebel artist in a brutal dictatorship. Before he turned 40, Soviet poet Yevgeny Yevtushenko was a hero to the West when the East was the enemy.

Russia is still not our friend, you might say. Probably not. But the destructive pixels that distorted facts into ugly fictions during our 2016 presidential election, were nothing compared to Yevtushenko’s simpler weapon — a pen — that exposed some of the political lies choking his own nation. He wrote civic poetry in a land without civility, inspiring a host of others to dare to speak their minds.

And, unwittingly, changing the course of my own career.

When I met Yevtushenko in January 1972, the Soviet Union was still under strict Communist rule and red was the color of evil, not Republican voters. Here at home, Richard Nixon had been elected president, in part because of his fervent anti-Communist stance during the often-frightening Cold War. His surprising and historic visit to what was then called Red China was still a month away, and Watergate was still just the name of an apartment complex.

But while news from the East was limited — officially, censored — Yevtushenko’s was a bold-faced name. Word of his freethinking poetry had gotten around and gotten out, largely because of his most famous poem, "Babi Yar," about Nazi atrocities at a site in Kiev. With its opening lines — “No monument stands over Babi Yar” — he challenged the Kremlin’s refusal to acknowledge the anti-Semitism behind the slaughter of more than 30,000 Jews, a slight only exacerbated by the religious persecution then sweeping the Soviet Union. And he took on the anguish of an entire people when he wrote, “I see myself an ancient Israelite . . . It seems to me that I am Anna Frank . . .”

He also denounced the ruthless regime of Josef Stalin, demanding in "The Heirs of Stalin" that the government “stop Stalin from ever rising again/and, with Stalin, the past.” It was tough talk to leaders some considered equally authoritarian, despite their own late denunciation of Stalin’s rule.

Oddly, Yevtushenko enjoyed considerable artistic freedom despite such gritty attacks on the powerful. He was a rock star to the Soviet youth movement, a global celebrity. Whatever he did became front-page news. Some saw him as a publicity seeker, the Iron Curtain version of celebrity run amok; others questioned his apparent ability to get along with officialdom. But no one ever found any evidence of collaboration with the party bosses.

So it wasn’t unusual that when he came to the United States in 1972 for several weeks of touring and reading his poetry, he was treated like an international icon. No stranger to the lure of the ego, Yevtushenko seemed to encourage the adulation. By the time he got to New York, he had spent four days partying with the American cultural elite.

My encounter came on a wintry January morning, a few days before Yevtushenko was booked for two sold-out appearances (10,000 attendees expected) at Felt Forum. As a young Associated Press reporter with considerable experience covering the rebellion of hippies, yippies and liberated women, I was assigned to cover his rehearsal for the event during a session with students from Rider College in Trenton, New Jersey, who had set one of his poems to music. Imagine: Young people during the age of protest, putting Russian poetry to song.

What I discovered was that even the most unorthodox artist has a charming, human side, and his own vulnerabilities.

That morning, I showed up at the designated meeting place outside Yevtushenko’s hotel on West 54th Street, along with half a dozen reporters, a photographer or two and a pair of stretch limousines lined up to transport us to Trenton. Our minder was the press person for Doubleday, publisher of his latest volume of poems, and she made it clear that we were there as spectators only; no interviews would be granted. Moreover, the press (there were no broadcast reporters) would travel in one car, the Great Soviet Poet in the other. No exceptions.

We grumbled, but agreed. Even our bosses apparently thought the event was big enough to play by the rules.

Sometime later, Yevtushenko appeared. He was slim and artfully sexy with rumpled hair topping a charming, boyish smile. He was dressed Bohemian-style, a green-striped turtleneck beneath his blue suit. He was also very hung over, which I learned after he singled me out, grinned, grunted, “You!” then grabbed my hand, saying “Come with me.” The publicist blanched; the other reporters gaped; I simply shrugged, dutifully following the pride of modern Soviet literature into the front seat of Limo No. 1, while the others were relegated to the follow-up car.

The ride from midtown Manhattan to downtown Trenton takes about an hour and a half, which began with Yevtushenko asking me for some aspirin. “Headache,” he indicated. “Too much to drink last night.” I slipped him the pills and smiled. Then he asked what I did.

“Are you a journalist?” he demanded, turning to the publicist in the back seat in mock despair. “Why didn’t someone warn me?” And then he started talking. I didn’t take notes for fear of turning him off, but I committed every word to memory. I had, after all, made my role clear.

As he rubbed his eyes and chain-smoked filter cigarettes, he told me he might stop writing poetry and turn to prose, which would require a major change of lifestyle. He said he distrusted journalists because of the “slippery political questions” they aimed at him.  And he revealed that on an earlier trip to America he had taken LSD and smoked marijuana — “six times, but nothing happened,” he said, sounding almost disappointed.

He also said that Americans were “ignorant,” that they “know less about us than we do about them,” adding with his signature lack of humility, “Americans don’t read any literature. And you have no poet who speaks for America … You need an American Yevtushenko.”

Oh. And he invited me to have dinner with him a few days later.

When we got to Trenton I raced for the telephone and dictated my exclusive.  It was running on the national wire before the rehearsal was over. “Soviet Poet Loses Hangover in Wild Student Welcome,” read one headline from Texas. “Poet Yevtushenko Avoids ‘Political Questions,’” screamed another from Ohio.

I did another story that day — on the soulful connection between the poet and the musicians;  the serious attempt to bring verse to a new audience. But of course it was the personal side that got the attention. And the hostility. The other reporters were not pleased. Nor was the publicist. Phone calls were exchanged, accusations were hurled, retaliation was feared. When Yevtushenko later read the story, he broke our dinner date.

But my little triumph was widely applauded back at our Rockefeller Plaza office, and soon it had wider reverberations. The story of my exclusive ran in the AP Log — the weekly three-page mimeographed look-behind-the-headlines that went out to AP members around the world. One of the people who saw it was the man who hired people for the CBS television stations. It seems a correspondent was leaving the station; she was blonde.

Did I mention that the AP story included a picture of Yevtushenko and me?

So yes, I got my first job in television news, at least in part because I am a blonde. And yes, that only happened then because a brilliant man with a hangover also liked my hair, or whatever struck his bloodshot eyes — or was it his poetic soul? — when he scanned our little press gaggle that day back in 1972. As a feminist, I’ve sometimes wondered if I was unfairly taking advantage of his vulnerability to get my scoop. Wondered for, oh, maybe a nanosecond.  We both survived the moment.

And while I’m saddened by his death on Saturday at the age of 80-something (accounts of his birthdate vary), I’m grateful for his life: for the words that gave hope to so many other artists and rebels in the Soviet autocracy; for the spirit of defiance that spoke truth to the mighty; for the accidental boost an “angry young man” gave to an eager young woman so many years ago. Not all Russians are the enemy. Least of all those whose work changes our perceptions. “I don’t call it political poetry,” Yevtushenko told another AP reporter much later. “I call it human rights poetry.”