Merging seas: Parts of the Arctic Ocean are turning into the Atlantic 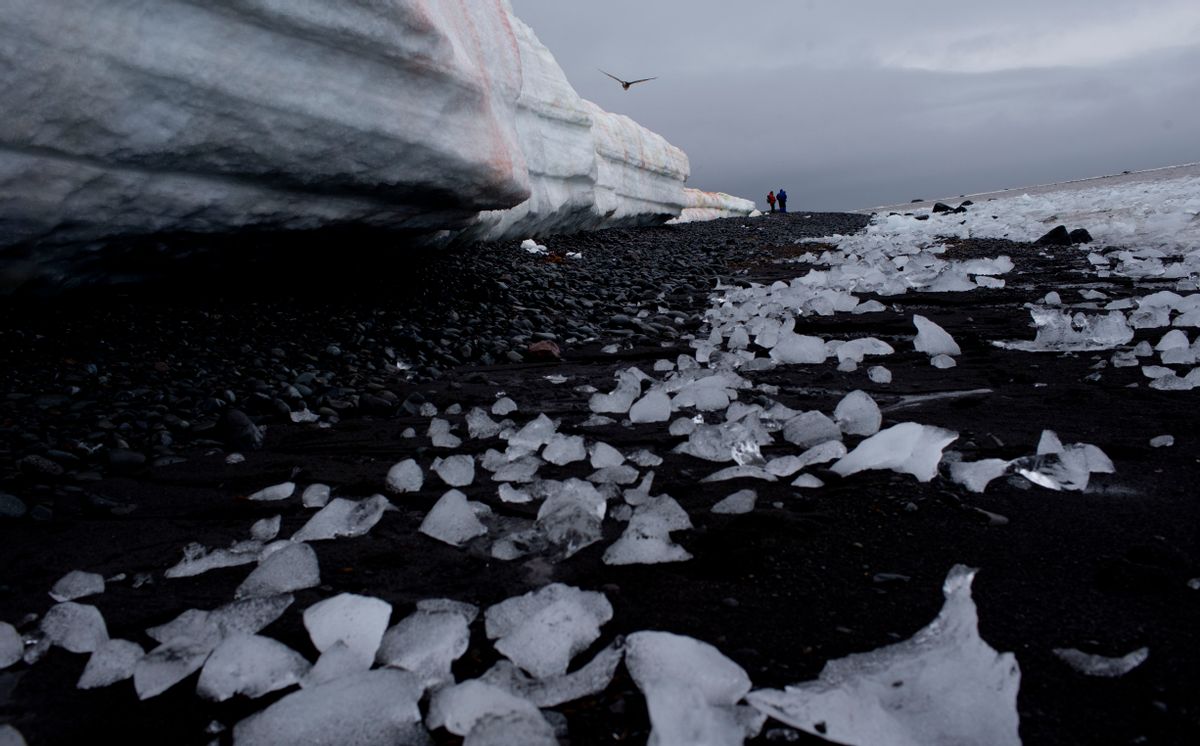 The Arctic is undergoing an astonishingly rapid transition as climate change overwhelms the region.

New research sheds light on the latest example of the changes afoot, showing that parts of the Arctic Ocean are becoming more like the Atlantic. Warm waters are streaming into the ocean north of Scandinavia and Russia, altering ocean productivity and chemistry. That’s making sea ice recede and kickstarting a feedback loop that could make summer ice a thing of the past.

“2015 was a really anomalous year when we had problems finding a suitable ice flow to launch our drifting buoys,” Igor Polyakov, an oceanographer at the University of Alaska who led the new study, said. “(There was) nothing like that in the past, and it became a motivation to our analysis: why was ice in 2015 so rotten? What drives this huge change?”

The findings, published in Science on Thursday, show that while warming air has a role to play, processes are playing out in the ocean itself that are fundamentally altering the region.

Those changes will have impacts on the people, plants and animals that call the Arctic home. They could also create more geopolitical tension as resources previously locked under ice become available and shipping lanes open up.

In the east Arctic Ocean, the shift is manifesting itself in changing the layers of the ocean. There’s a cap of cold, less salty water that covers the eastern portion of the Arctic Ocean. Underneath it sits a pool of warm, salty Atlantic water that until recently hasn’t been able to find a way to surface. That stratification of layers has kept ice relatively safe from its warm grip.

The ocean has become gradually less stratified since the 1970s. Using data from buoys and satellites, Polyakov and his colleagues have found a more marked shift over the past decade and a half. Since 2002, the difference in water temperatures between the layers has dropped by about 2°F.

In winter from 2013-2015, the cap separating the deep water and surface water disappeared completely in some locations, allowing the warm Atlantic waters to reach the surface and cut further into sea ice pack. At the same time, warm air has further reduced sea ice, which is allowing still more mixing of the ocean layers.

The result is a feedback loop that is essentially turning roughly a third of the eastern Arctic Ocean into something resembling the ice-free Atlantic Ocean.

“Rapid changes in the eastern Arctic Ocean, which allow more heat from the ocean interior to reach the bottom of sea ice, are making it more sensitive to climate changes,” Polyakov said. “This is a big step toward the Arctic with seasonal sea-ice cover.”

The changes are already apparent in the region, which has largely been ice-free during the summer since 2011. The sea ice winter maximum, which has set a record low for three years running, has been largely driven by a lack of ice in the eastern Arctic.

Polyakov said he’s seen the rapid changes in ice firsthand. When they first put buoys in the eastern Arctic in 2002, researchers had to reach the sites on heavy icebreakers.

“Now we can reach them using an ice class ship,” he said. Ice class ships are not necessarily as reinforced as icebreakers.

The sea ice changes are having profound impacts outside of researchers’ ability to access more remote sites. Other research published earlier this week in Science Advances shows that thinning sea ice is allowing phytoplankton to bloom across the region.

Phytoplankton are tiny plants, and like your average potted plant, they need sunlight to bloom. Sea ice has been thick enough to prevent that from happening until very recently. The new findings show that over the past decade, up to 30 percent of the Arctic has become primed for summer blooms.

“Both of our results show the Arctic becoming a very different place than it has been in the past,” Christopher Hovart, an oceanographer at Harvard who led the plankton study, said. “Water pathways are changing, the ecology is changing, all driven by the declining sea ice field.”