Hours after the U.S. launched an airstrike on a Syrian airbase, another attack hit the rebel-held Idbid province 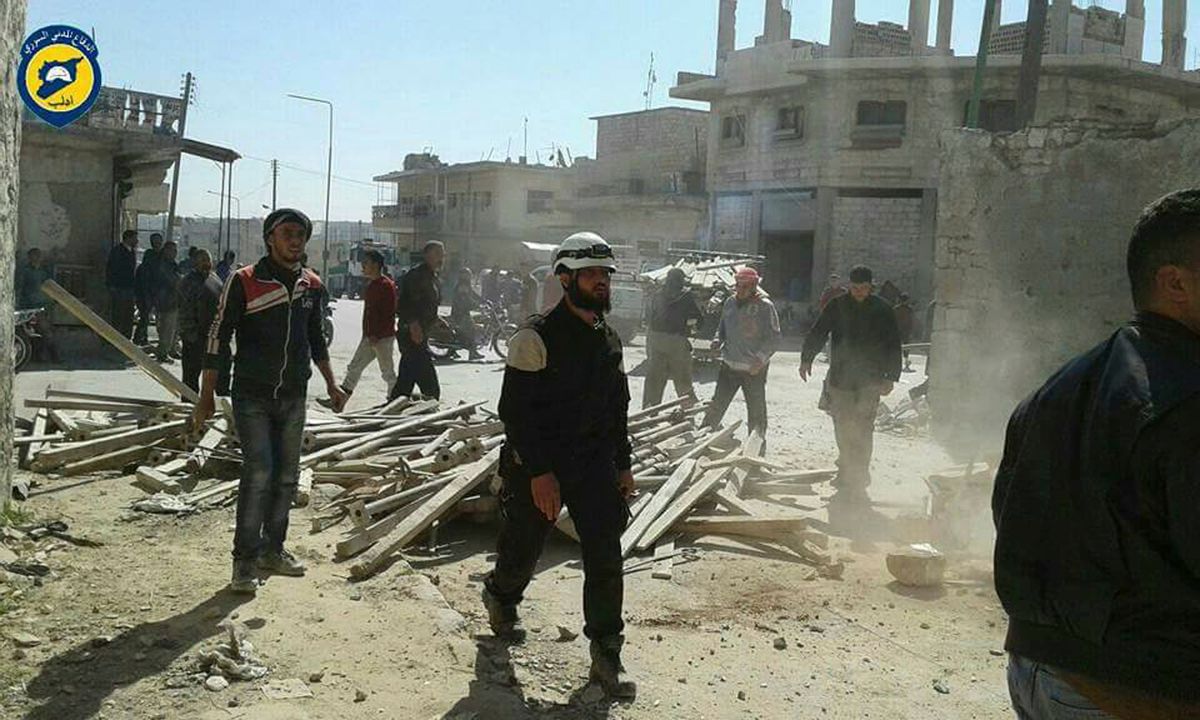 The Syrian town where a chemical attack killed 80 earlier this week was the target of new airstrikes Friday and Saturday, activists said. It was unclear who carried out the strikes, but the town, Khan Sheikhoun, in the rebel-held province of Idbid, has only been hit in recent weeks by Russian and Syrian regime aircraft, CNN reported.

The strike came shortly after the U.S. military launched its own missile strike on a Syrian government airbase in response to the chemical attack that killed dozens of civilians, including children. In a move approved by President Donald Trump, the U.S. launched 59 Tomahawk cruise missiles to send a message to Syrian President Bashar al-Assad. The U.S. military called the strike a success and said it  "severely damaged or destroyed" Syrian aircraft and support infrastructure.

Not even 24 hours later, Syrian fighter jets had resumed operations at the airfield, although activists have yet to confirm that the latest airstrikes on Friday and Saturday originated from that airbase.

At least one woman was killed and three other people injured in Saturday's strikes in Khan Sheikhoun, two activists said. The strike that resulted in a casualty hit a residential neighborhood, activist Alaa Al-Youssef told CNN.

Tension in the region is high, as Russia recommitted its support for Assad by sending a frigate armed with cruise missiles to a Syrian port — an apparent show of force to counter Trump's Tomahawk missile strike.

The U.S. is currently investigating whether Russia had any involvement in the airstrike that hit a hospital that was nursing victims of the chemical attack.