The world handed to Trump is a big, fat, huge mess: But don't blame Obama — this took years of capitalism and imperialism 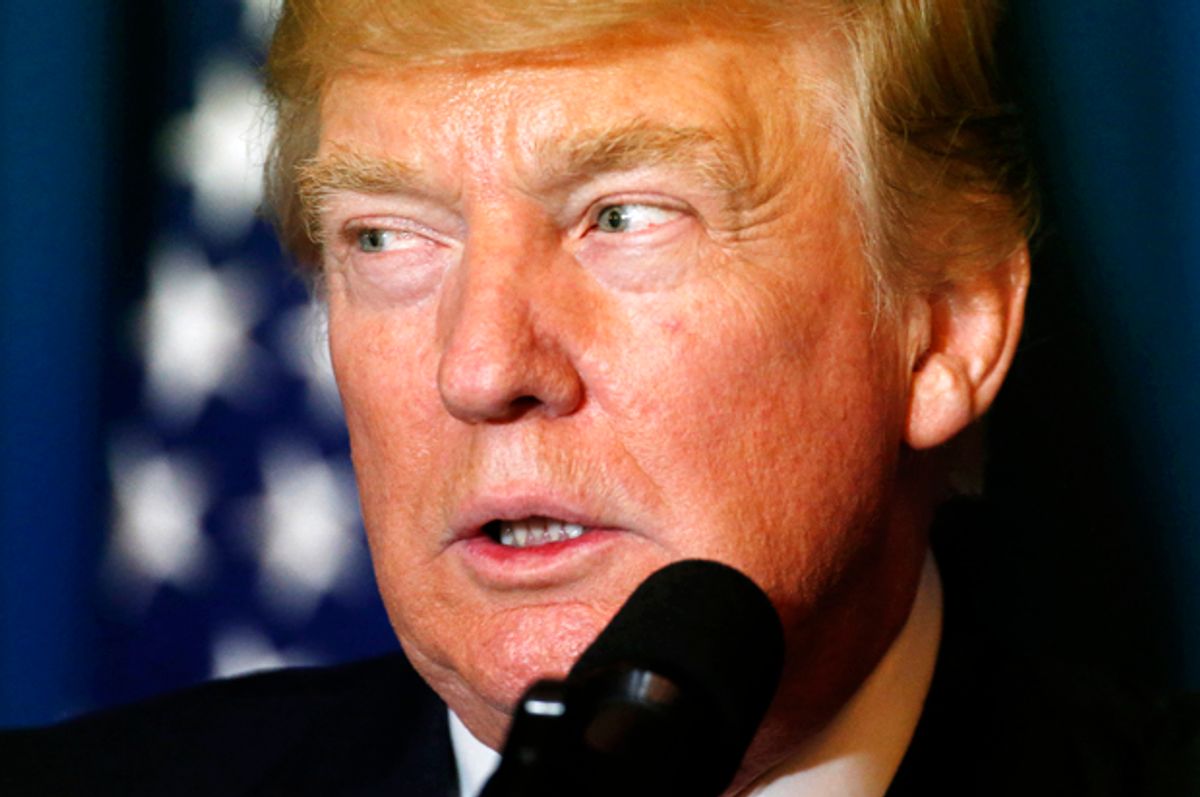 Since becoming president of the United States earlier this year, Donald Trump has had anything but smooth sailing, with political scandals and policy mishaps plaguing his fledgling administration. It is unsurprising, then, that Trump wants everyone to believe that he inherited a mess from former President Barack Obama -- a big, fat, huge mess.

The 45th president has managed to blame his predecessor for just about every problem — both real and illusory — that he has encountered since moving into the White House. According to Trump, he has inherited a vast accumulation of disasters from Obama, including the economy (which is actually at its best in almost a decade), the “collapsing” Affordable Care Act,  rampant illegal immigration, horrible trade deals, the Syrian crisis, ISIS, North Korea and so on. Back in February, Trump even blamed Obama for the botched Yemen raid that he ordered. This week, in the latest instance of blaming the black man, Trump pointed the finger at his predecessor for the use of chemical weapons in Syria, stating that Obama should have taken military action in 2013 — even though Trump strongly urged against it at the time.

While never hesitating to place the blame on Obama, Trump has also been quick to take credit for his predecessor’s accomplishments — wittingly or otherwise. On the economy, for example, Trump has taken credit for the unemployment rate — now at its lowest point in over eight years after almost 80 consecutive months of job growth — while bragging about the $12 billion decrease in national debt during his first month in office, which was a result of his predecessor’s fiscal policies.

It is worth noting, of course, that presidents have always blamed their predecessors for one thing or another — and in many cases the blame has been well founded. For instance, Obama really did inherit two disastrous wars and a historic economic crisis from his predecessor and had every right to remind intellectually dishonest critics of the mess that he inherited.

It is also worth pointing out that Trump is basically correct: The world is a mess.

From the Syrian civil war and refugee crisis to the increasingly unstable situation in North Korea and the Islamic State to the historic levels of economic inequality and the imminent threat of climate change to the rise of far-right extremism in the West, we are living in turbulent times.

The problem with Trump’s critique, however, is that he seems to think all the world’s problems began just eight years ago when the Kenyan Muslim egghead entered office. Of course, there are separate issues that the Obama administration may have helped exacerbate — or simply failed to resolve or improve — over the past eight years, but the world isn’t a mess today because Obama chose not to intervene in Syria or Crimea (actions that would have most likely made things worse). The world is a mess today because of two dominant and intimately related forces: corporate capitalism and Western imperialism.

Look at any major problem around the world today that Trump now blames on his predecessor, and you can almost always trace its origins back to policy decisions made many decades ago. Consider the threat of Islamic extremism. Though Trump has previously claimed that Obama founded ISIS (and even speculated that the 44th president sympathized with Islamists), the version of radical Islam that has become so prevalent in the 21st century was an ideology devised and popularized in the resistance against Western (and, to a lesser extent, Soviet) imperialism. Just as communism and nationalism became powerful ideologies for anti-colonial movements of the 20th century, radical Islam — which exploited legitimate anger against the West — would have never proliferated without the help of Western interventionism.

There is perhaps no duo more directly responsible for the chaos in the world today than America's Dulles brothers — CIA Director Allen Dulles and Secretary of State John Foster Dulles — who oversaw the 1953 coup d’état in Iran that overthrew the democratically elected and secular prime minister Mohammad Mosaddegh and installed the Shah, who reigned as a puppet dictator until the Iranian revolution in 1979. As with other American-orchestrated coups (and attempted coups) — from Guatemala in 1954 to Cuba in 1961 to Chile in 1973 — the Iranian coup was staged to prevent Mosaddegh from nationalizing his country’s natural resources. Not coincidentally, the Dulles brothers’ law firm Sullivan & Cromwell also represented the United Fruit Company, which pushed for the Guatemala coup against left-leaning Jacobo Árbenz, who oversaw agrarian reform that redistributed land from landowners like United Fruit to the people.

As General Smedley Butler documented over 80 years ago in his classic polemic, “War Is a Racket,” American imperialism and interventionism have always been closely connected to American business interests (and well beyond what Dwight Eisenhower called the “military-industrial complex”). Which brings us to capitalism itself.

Domestically speaking, the major problems we face today have much to do with growing inequality and the collapse of the middle class. While these changes are partly due to “horrible trade deals,” as Trump points out, the simple fact is that the majority of American manufacturing jobs have been eliminated by advances in technology, not trade liberalization. In reality, the societal ills identified by populists like Bernie Sanders (and to a lesser extent Trump) — from globalization and the explosion of economic inequality, to the collapse of labor unions and the destruction of the environment — are to be expected under an economic system that is based on endless growth and the exploitation of labor and natural resources.

Karl Marx, whose analysis of capital remains unequaled 150 years later (one suspects that his work will remain relevant as long as capitalism endures), could have predicted the past 50 years of global economic development. As he writes in 1848's “The Communist Manifesto”: "The bourgeoisie cannot exist without constantly revolutionizing the instruments of production, and thereby the relations of production, and with them the whole relations of society.” On what we call globalization today, Marx continues: “The need of a constantly expanding market for its products chases the bourgeoisie over the entire surface of the globe. It must nestle everywhere, settle everywhere, establish connections everywhere."

The crucial point is that the historic problems we face in the 21st century are largely a result of our economic and political system. To effectively confront these major issues — whether it be climate change or economic inequality or global instability — will require radical and structural reforms, perhaps the most important of which would be eliminating big money and corporate influence from politics. Obviously, this doesn't mean that decisions made by powerful men and women are inconsequential, and Trump’s recent decision to bomb Syria could have dire consequences down the road. But it is easier to destroy than to create, and an individual politician cannot fix the mess that our world is in as long as the underlying system remains unchanged.

Needless to say, the Trump administration is unlikely to introduce any radical reforms — and if his first few months are any indicator, President Trump will surely pass on a much greater mess to his successor than Obama passed on to him.