80 percent of women have experienced sexual harassment in the workplace, says Bill Maher - and men, too 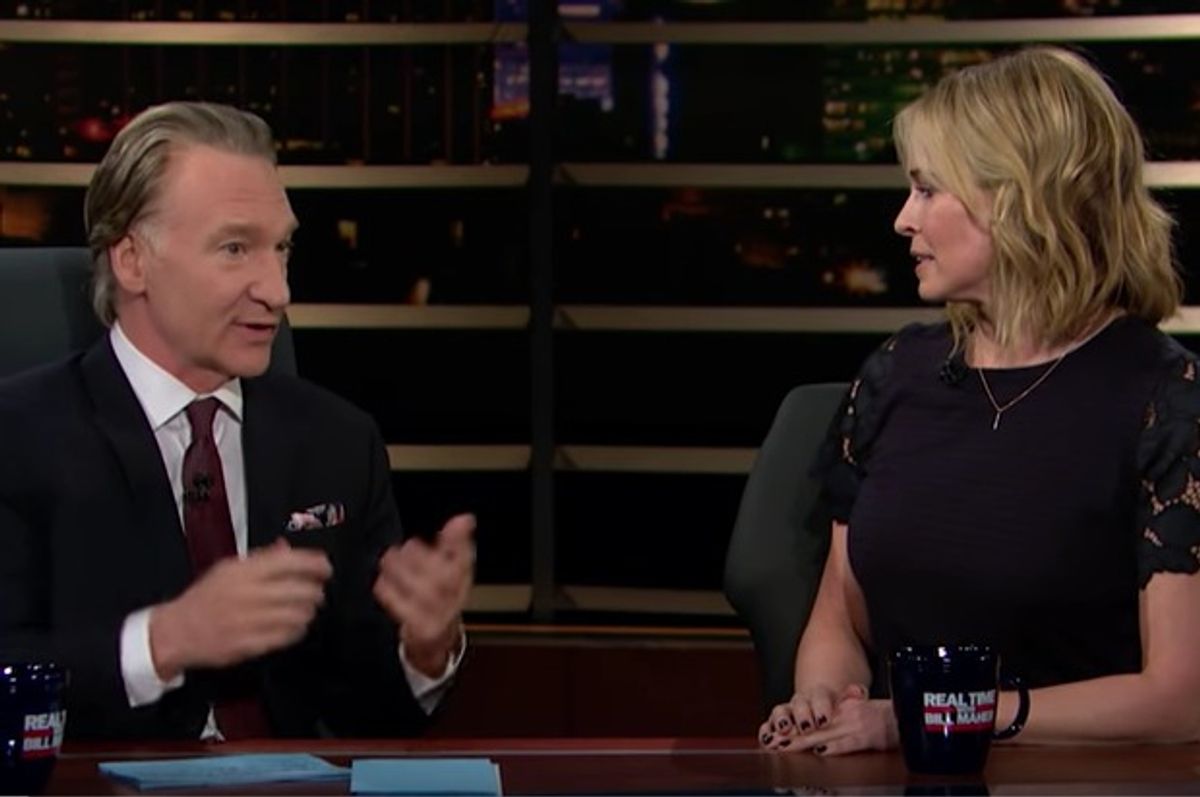 When Chelsea Handler sat down with Bill Maher on Real Time Friday night, she had the first word, and it was about President Donald Trump’s “weekend White House”, Mar-a-Lago. “Doesn’t Mar-a-Lago sound like one of those water parks that was closed down because somebody swam in the pool with an STD?” she wondered. “Sean Spicer is like the lifeguard on the side yelling, “No more questions!” Handler added, to laughter.

Turning for a moment to more serious subjects, Maher cited a statistic about sexual harassment of women in the workplace (80%, according to Maher) and tied it to Fox News host Bill O’Reilly’s recent fracas around the same subject. Fox News paid out $13 million to settle five sexual harassment claims against the TV host, in spite of his denials of fault.  Maher asked if Handler had experienced this. "I've definitely harassed," said Handler.

“Let’s get Bill O’Reilly laid; let’s try to reach out to the other side,” Maher then joked. “Do you have any girlfriends?” he asked Handler. “He’s a very successful man, certainly somebody out there wants to f**k Bill O’Reilly.” Handler mentioned Fox News’ former CEO Roger Ailes, who was also accused of sexual harassment (by Gretchen Carlson), then resigned from his post. Other women followed with further, similar allegations.

Maher, in thinking of the Fox News tide of inappropriate men, said “If you had to choose between [O’Reilly] and Roger Ailes. . .I mean, those are the two people you have to choose from. It’s like, who would you rather? It’s really a s**t show.”