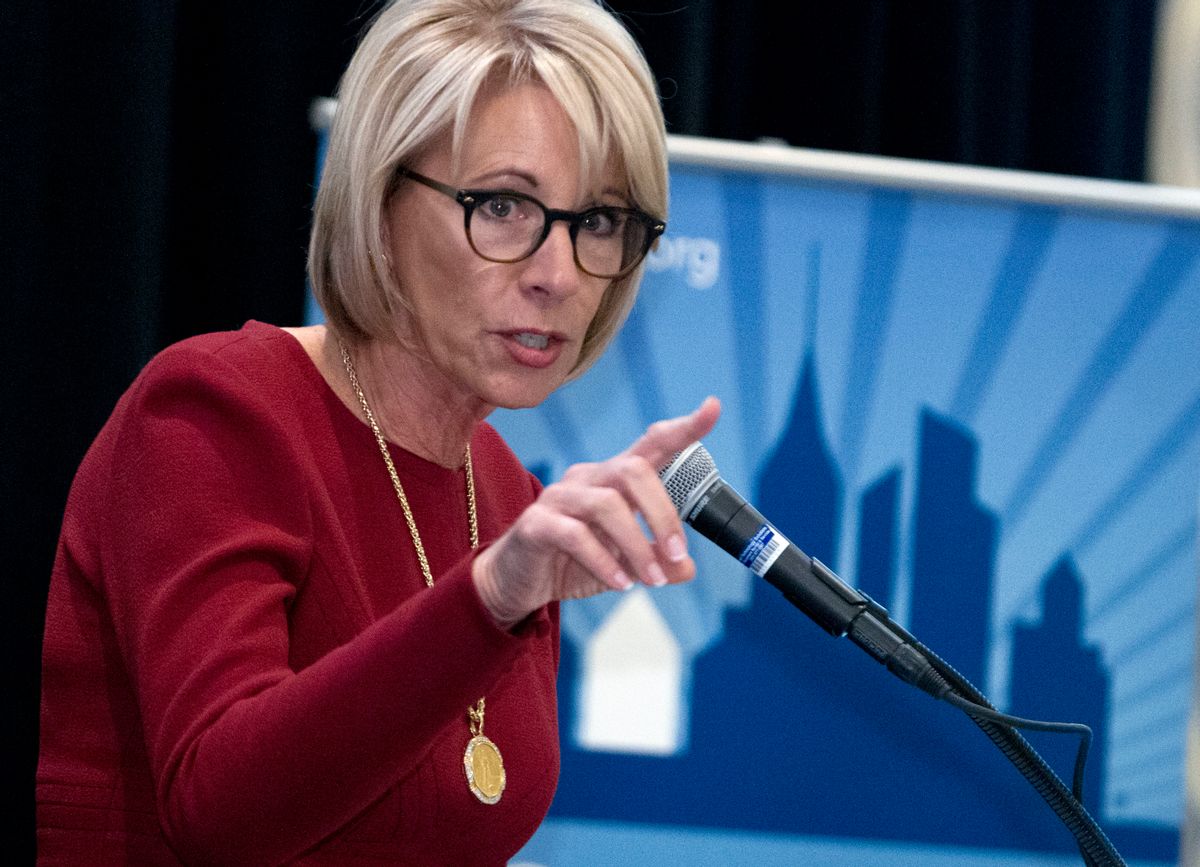 An amount of money as large as $8 million could pay for a lot of things. It covers a day’s work for about 27,000 factory workers in China and it’s enough to buy an entire Nevada town, to name a couple.

According to the U.S. Marshals Service, federal marshals hired to shield DeVos are costing her agency the inordinate amount of money over an eight-month period.

The Education Department will reimburse the detail $7.78 million for their protection that started in mid-February and goes through the end of September. Although there’s no information yet about what the marshals’ services will cost after that, DeVos will be covered for the next four years — that is, at least until one agency ends the agreement.

An anonymous spokesperson told the Post that the contract of $8 million does not equate to $1 million for each month. Instead, it includes “one-time fixed costs” and that “recurring monthly costs are lower.”

If federal marshals are not enough, some members of the in-house security team will stay onboard. The Post noted that these individuals have not yet been assigned. No one has explained why DeVos needs more protection than previous secretaries did, but it’s not that hard to guess.

DeVos catapulted into the mainstream media when President Donald Trump nominated her to head up the education department. She was a highly controversial pick among Democrats and even some Republicans. One would think the person chosen by the president to oversee America’s education reform would be semi-qualified. We would’ve even settled for someone who had an actual job in education previously.

Of course, DeVos did not. She’s a wealthy businesswoman who advocates for school choice, particularly charter schools. This week marks the first time she set foot on a public university campus since entering office — an improvement from when she began and didn’t know where the pencils came from.