"Why did the chicken cross the road? Because there was a black guy walking behind him," said C.K. 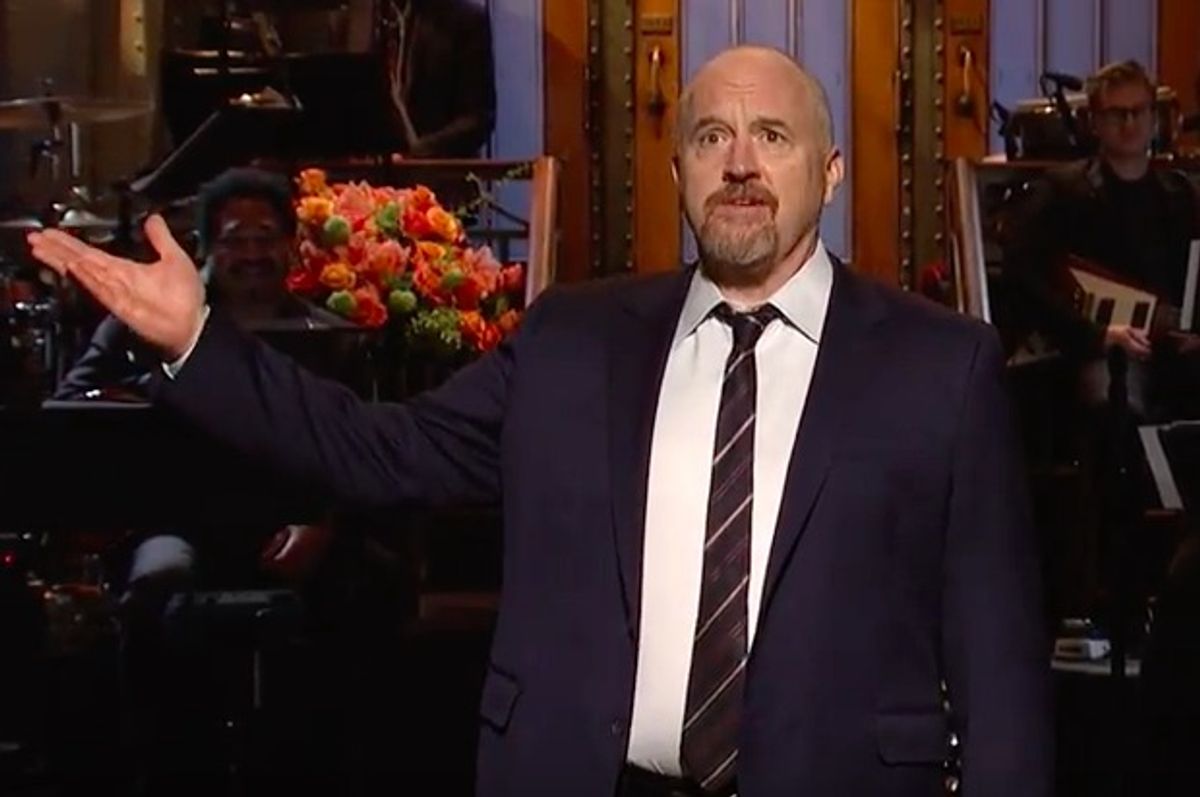 Alec Baldwin was back on Saturday Night Live with his now—refined impression of President Donald Trump, simultaneously playing disgraced Fox News host Bill O'Reilly, who made news last week for having multiple sexual harassment suits levied against him. But, it was comedian Louis C.K. who stole the show, when he did an extended stand-up monologue about about animals’ inner thoughts and played with uncomfortable topics like bestiality and racism.

The popular, deadpan comic often uses live shows to work on new material, but fans of C.K. would have recognized some of the jokes in Saturday's live open from his tour last year, some of which was recorded for broadcast on a 2017 Netflix special that became available April 4. C.K. has hosted SNL before, but had not been back since his May 2015 appearance featuring child molestation jokes caused a furor.

This time, he was slightly more cautious. "Why did the chicken cross the road? Because there was a black guy walking behind him," Louis C.K. began.

He explained that the chicken was nervous, and so, he crossed the road. But, then the chicken felt wrong for being racist. "Don't be upset, this is not a racist joke," insisted C.K.  "The chicken was racist, he was definitely racist, but that's chickens," he said.

C.K. went on to present more weird animal thoughts, including whether giraffes are afraid of heights.  Crass but hilarious as usual, he also joked about having sex with a goat, eliciting cautious snickers from the audience. "I don't care that you're upset, I'm still getting the goat", said C.K., after waiting for the laughter to die down.

"This is my favorite thing to do, stand-up comedy. I've been doing this for 32 years now," he noted. "And it's been going great for four years."