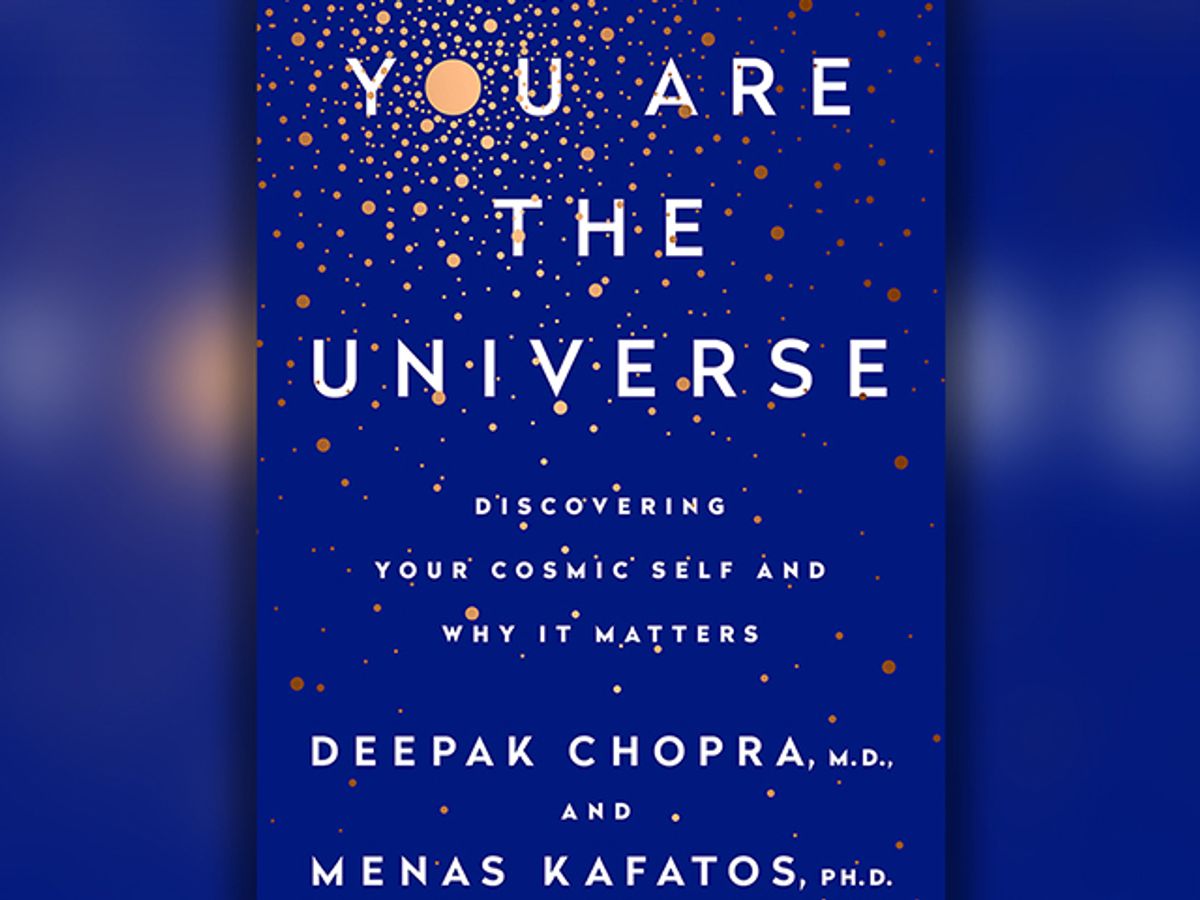 You are reading the words of this article on your screen, but where? For lack of better words, within “consciousness” and “awareness,” says author, doctor and pioneer of transformation Deepak Chopra.

Speaking with Salon about his new book, the New York Times Bestseller “You Are the Universe: Discovering Your Cosmic Self and Why It Matters,” Chopra explained the meaning of consciousness.

“There’s no image in my brain. There’s no sound in my brain, just electro-chemical information,” Chopra said. “Everything we experience is actually a modified form of consciousness.”

The concept, which Chopra explains at length in the book, is alien to a lot of scientists, or “naive realists,” as Chopra referred to them in our discussoin.

“Are we assuming that consciousness in a byproduct of matter when in fact, matter is an experience in consciousness?” Chopra asked.

The first nine chapters of the book approach the current state of science and “the most open questions in science,” many of which cannot be solved, Chopra explained, including:

Chopra’s proposal in the book, he explained, is that the entire universe, as experienced by human beings, is a “human construct in consciousness.” This perspective, which he noted is not new, is getting more traction now because of a “big, big need to understand fundamental reality,” he says.

“I don’t pretend to know the answers,” Chopra maintained, “But I raise the question ‘Are we asking the wrong questions?’”

Authors Books Consciousness Deepak Chopra Original Video You Are The Universe: Discovering Your Cosmic Self And Why It Matters