A blue wave begins? Republicans may be in trouble in Kansas, Montana and Georgia elections 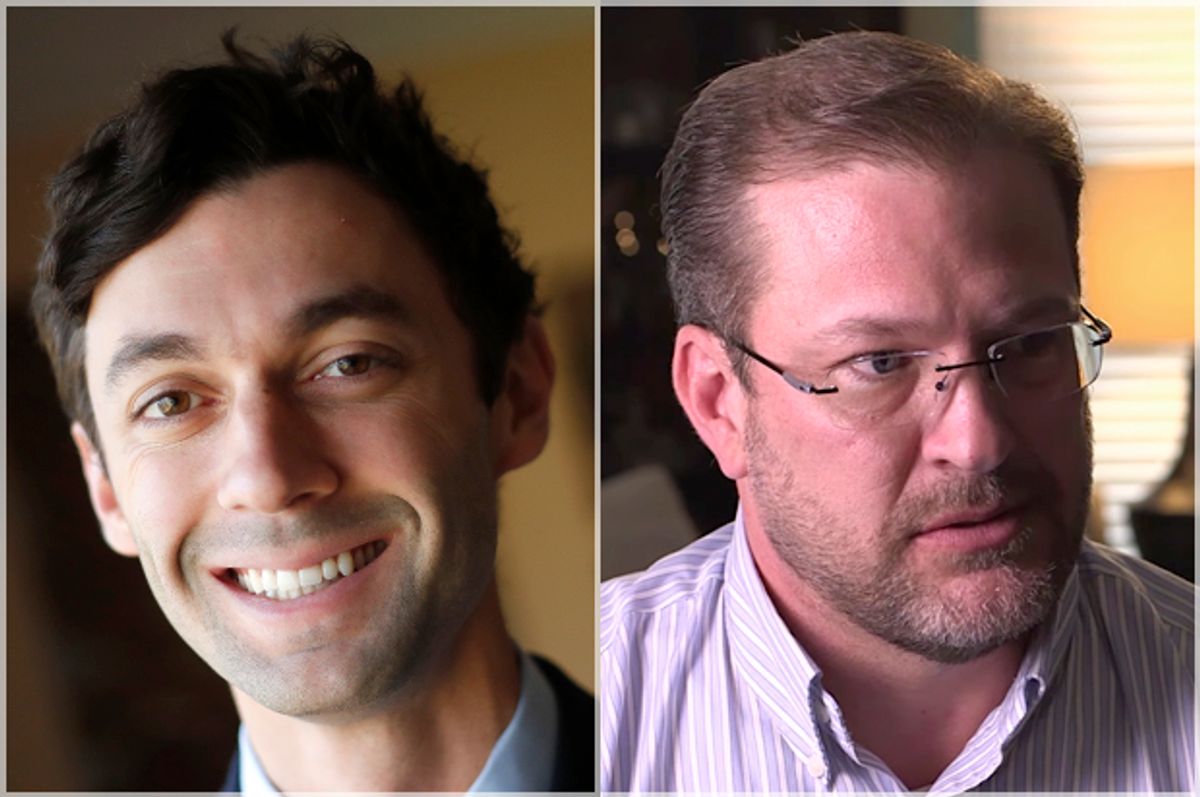 Multiple upcoming special elections for seats that are traditionally Republican may serve as a productive model on how the Democratic Party can start winning and building back its base.

On April 18, voters from Georgia's 6th Congressional District will head out to the polls in order to fill the seat vacated by Health & Human Services Secretary Tom Price. In the general election, Donald Trump carried the district over Hillary Clinton with a narrow margin, despite it being a longtime Republican chair. The current leading candidate is former Capitol Hill aide Jon Ossoff. At just 30 years old, the former investigative journalist managed to raise an unprecedented $8.3 million in only the first three months of the year — which is unheard of for a House candidate.

"We have the first chance in the country to make a statement about what we stand for. The eyes of the nation are on us," Ossoff told College Democrats on stage at Oglethorpe University.

"We can win this thing on April 18 and send a message that will be heard across metro Atlanta, across Georgia, and across the country," the hopeful candidate added.

The majority of public and private polls have Ossoff leading the field by quite the margin, while holding percentages in the low to mid-40s according to Roll Call.

But while backing from party leaders like Nancy Pelosi has gotten him to the low 40s in most polls, Ossoff needs to shed his partisan edges to make Republicans and independents feel comfortable voting for him.

Under the unusual rules of election, all 18 candidates — 11 Republicans, five Democrats and two independents — will appear on the ballot. The top two vote-getters of any party will advance to a June runoff election, unless one candidate gets more than 50 percent, in which case they win outright.

Ossoff's best chance at victory is to carry the day against a divided field this month, rather than face off against one GOP candidate and a united Republican Party in June. So he's doing everything he can to climb above 50 percent.

Another special election Republicans are attempting to make sure they have under control will take place on April 11. Voters in Kansas' 4th Congressional District will look to fill the seat of Mike Pompeo, who was chosen by President Trump to be the director of the Central Intelligence Agency. The race has generally invoked little attention and will be between Republican State Treasurer Ron Estes, and Democrat James Thompson, a lawyer. Both local and national democrats have put little effort into race while the National Republican Congressional Committee launched an ad campaign in a district comfortably won by Trump during the general election. However, there is still some concern over GOP willingness to vote, as well as the overall quality of the Estes campaign, according to Roll Call.

In Montana, democrats were losing hope after the general election and generally concerned on how to bounce back. When Trump tapped Montana Rep. Ryan Zinke as secretary of the Interior Department, it was a small blessing in disguise. Legendary folk singer Rob Quist emerged as a democratic hopeful to win the vacant seat in a predominantly red state. His rallies are now regularly drawing hundreds, according to the Huffington Post, but Washington has paid little to no attention. The election will be held on May 25.

Special elections typically receive much lower turnout rates, so both races stand to provide early insight into the enthusiasm of the party.

"Democrats are dominating early voting and, most importantly, could be changing the makeup of the electorate by turning out low propensity voters," Roll Call writes.