One pointless display of military machismo, and the TV talking heads Trump loves to mock are swept off their feet 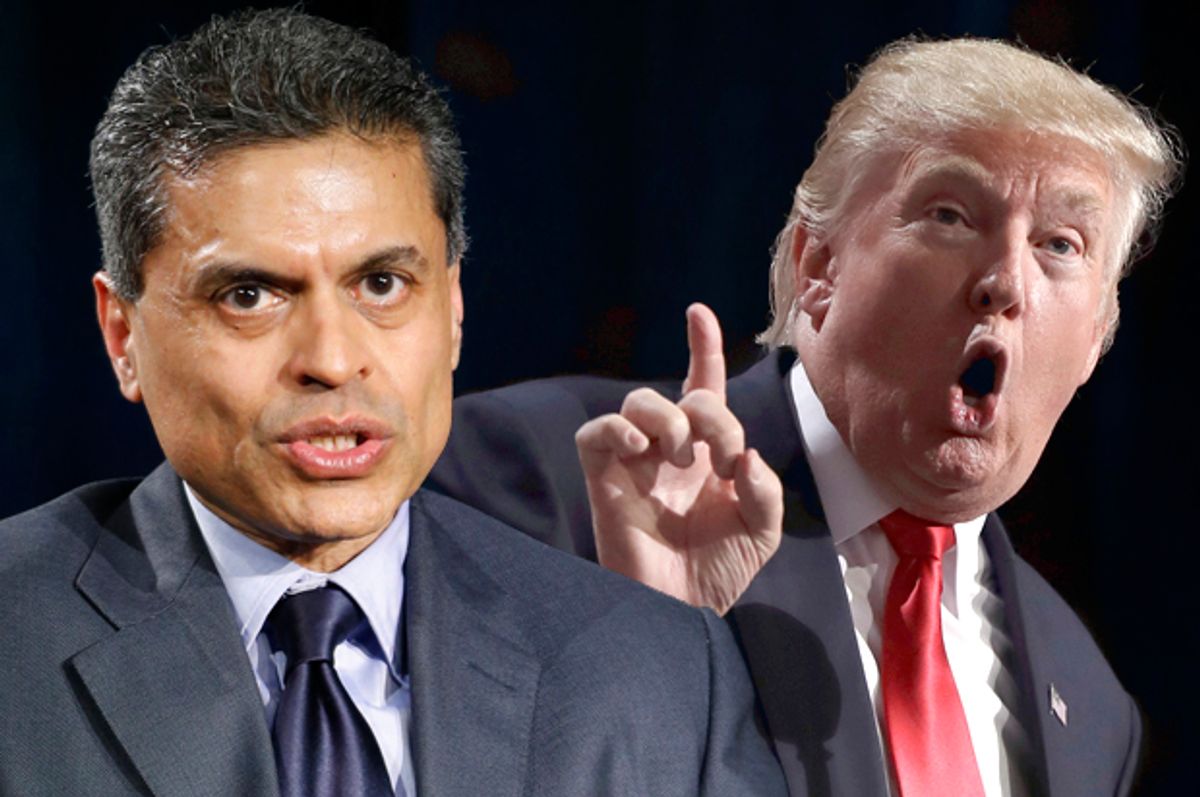 For nearly two years now, we’ve followed the incomprehensibly remedial political life of Donald Trump. For nearly two years, we’ve observed in shocked horror at episode after episode in which Trump is engulfed in controversy of his own making, only to be given chance after chance after chance to redeem himself, unlike nearly every other worldwide public figure, political or otherwise.

No matter how often President Trump whines and hurls tantrums on Twitter about the “dishonest media” and all the “fake news” it publishes, the television press has gifted him with unprecedented latitude — his very own set of political rules, devised by Trump and implemented by the cable news media. Actually, I hesitate to call them “rules” because the word suggests there are limits to and punishments for Trump’s behavior. Anyone following his greatest hits knows there aren’t any, at least in comparison with the rules applied to previous presidents, not to mention the Democratic nominee whom Trump barely defeated last year.

This partially illiterate New York socialite turned reality-show punchline continues to be given opportunity after opportunity to behave in a reasonable, rational way by knee-jerk pundits who appear to be desperate to artificially endow Trump with presidential qualities. His version of “presidential” lasts about 12 seconds and is barely more presidential than how a tween bully behaves when running for class president. Whether describing his banal, off-the-rack address to Congress last month or his transparently political missile strike against a Syrian air base, more than a few actors in the cable news sphere can’t wait to normalize and legitimize Trump, only to be castrated by the president hours or days later.

Trump’s ineffectual cruise missile strike against the Shayrat airfield when 59 missiles constructed by Raytheon — a military contractor whose stock Trump has owned — caused marginal damage, allowing Bashar Assad to launch new airstrikes from the base the very next day. Cable news channels were buzzing with declarations of Trump’s freshly acquired savoir faire as a sober and decisive leader. This was Trump they were talking about — the TV huckster who once looked into a video camera and declared that “Trump Steaks,” inexplicably sold at Sharper Image stores back in the day, “are the world's greatest steaks, and I mean that in every sense of the word.”

It’s also worth noting that former President Barack Obama dropped more than 26,000 bombs in 2016, his final year in office.

NBC News reporter Kristen Welker said she thought Trump had “turned a page” in his presidency: “This is a president who is coming off of a rocky couple of weeks. Arguably, he's turned the page on that to some extent with these foreign leader meetings that he's had this week and now with the focus on Syria.”

Elliott Abrams wrote in The Weekly Standard that “the Trump administration can truly be said to have started only now. The president has been chief executive since January 20, but this week he acted also as Commander in Chief. And more: He finally accepted the role of Leader of the Free World.”

Fox News Channel’s Carl Higbie observed: “Huge victory. All the people I have spoken to recently, active and former, have all said this was Donald Trump's first test and he absolutely nailed it. This is right on par. This is a show of force that the world needs to see and the world now knows that we will do. And everybody in the military that I have spoken to is extremely proud to call him our president this morning.”

On Friday night’s "Real Time with Bill Maher," CNN’s Ana Navarro qualified her praise for Trump, yet endowed him with a role neither he nor any president possesses. Navarro said, “I still think he is a racist, misogynist, lying pig, but he’s also my commander in chief.” Apologies for nitpicking, but the president isn’t Navarro’s commander in chief, nor is he the commander of any American civilian. He’s strictly the commander in chief of the military — nothing more. Please stop giving him ideas like this. Thank you.

CNN’s Fareed Zakaria has been widely and justifiably mocked as the worst of the batch, having declared,"I think Donald Trump became President of the United States" with this ineffectual strike.

The only excuse I can think of for this brand of unearned fluffing, other than submissiveness or masochism, is that certain members of the press continue to genuflect before the “both sides” attitude. These are transparently weak attempts to generate some sense of cosmetic balance in the coverage of a president who, no matter what he says or does now, is still under numerous federal investigations for colluding with Russia to hijack the 2016 election. The Russian hacking was a trespass against American sovereignty and the integrity of our electoral process, and if the current president was involved in any way, this was an unprecedented and massively treasonous act. And the headlines about Russia make up only part of the roster of manifest reasons why Trump shouldn’t have been allowed to tour the White House, much less run the nation from the Oval Office.

A monkey can order a missile strike, and Trump kind of screwed this one up. He hit a few inconsequential items on the checklist — managing to avoid upwards of 100 Russian personnel who were on hand at the base for some still unexplained reason — but he failed to take out any chemical weapons, which I thought was the point of sticking a nose into a civil war that hasn’t involved any attacks against the United States. And let's say this again: Syrian fighter jets were taking off from Shayrat the next day. Oh, and Trump's attack reportedly managed to kill seven civilians, including four children.

You had one job, Mr. President.

All in all, my biggest objection to the recent intervention in Syria — he’s also secretly put boots on the ground there, by the way — is the fact that it’s being carried out by this tabloid weirdo with cartoon hair named Donald Trump. It’s like finding out your bypass surgery is being performed by Gary Busey and the pilot for your cross-country flight will be Meat Loaf. Trump is in no way equipped with any of the qualities of a strong leader. He’s a petulant, obnoxious, intellectually incurious doofus who needed four tries before correctly spelling the word “hereby.” He and his worthless, somnambulant secretary of state don’t have a Syria policy beyond lamenting Assad’s murdering of babies on one hand while blocking other Syrian babies from seeking refuge from Assad inside the United States.

Everything Donald Trump touches turns to crap sooner or later. As American warships steam toward the Korean peninsula, we and the cable news media must not forget who this president really is. We must not forget the myriad disasters and irreparable destabilization he’s responsible for. And the worst is yet to come.