The end of Alabama Governor Robert Bentley: State Republicans want him to resign amidst impeachment hearings

Gov. Bentley is accused of misusing state resources to cover up his affair 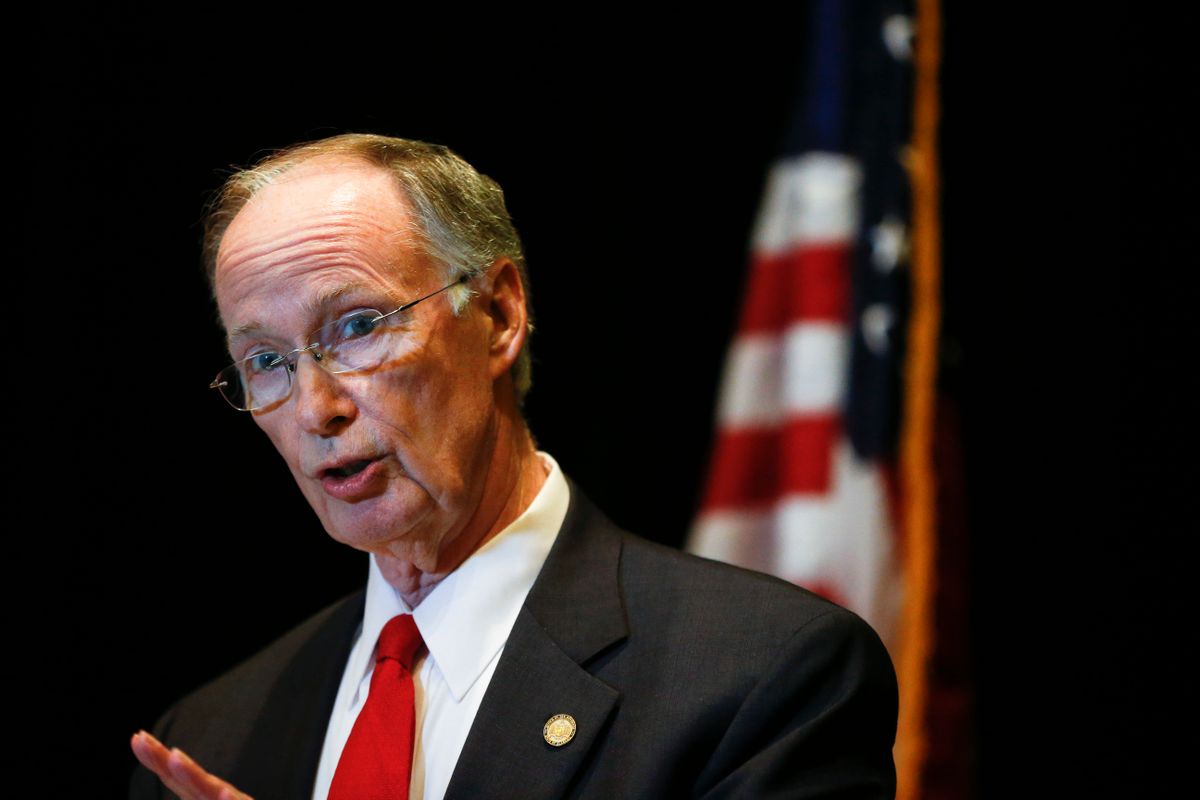 Alabama Gov. Robert Bentley speaks to the media during a news conference, Monday, Sept. 19, 2016, in Hoover, Ala. Bentley issued a state of emergency in Alabama after a pipeline spill near Helena, Ala. Gas prices spiked and drivers found "out of service" bags covering pumps as the gas shortage in the South rolled into the work week, raising fears that the disruptions could become more widespread. (AP Photo/Brynn Anderson) (AP)
--

More than one year after the Alabama Republican Assembly called for Republican Governor Robert Bentley’s resignation, impeachment hearings against the governor began on Monday in the Alabama State House.

The embattled 74-year-old GOP governor has pledged to stay in office as the impeachment hearings — the first of its kind in Alabama history — kick off this week.

"I have done nothing illegal," Bentley said at a press conference at the capitol on Friday. "If the people want to know if I misused state resources, the answer is simply no, I have not."

A damning House report released Friday, however, alleged the governor used state law enforcement and intimidation to try to cover up an affair with former advisor Rebekah Mason, whose husband Jon worked as the director of Bentley’s Office of Faith-Based and Volunteer Services. The 130-page report included over 20 witnesses who claim Bentley abused his power as governor and intimidated law enforcement officers, as well as members of his own staff, to hide his affair from the public.

Bentley, a strict social conservative, got elected to office on a “family values” platform, but his wife of 50 years, Dianne Bentley, filed for divorce in August after audio tapes of the governor making sexually suggestive comments to his aide were published. The Birmingham News published explicit audio recordings of the governor after he repeatedly denied allegations of the affair. The recordings that were released involved him describing, at length, how much he loves touching Mason’s body. Dianne Bentley secretly recorded the calls in 2014.

Bentley unsuccessfully attempted to delay Monday’s hearing in front of the 15-member panel of the Alabama House Judiciary Committee. In a 7-0 ruling on Saturday, however, the state Supreme Court ruled that Bentley’s impeachment hearings begin Monday.

The Alabama Ethics Commission also recently issued four findings of probable cause that Bentley violated state campaign finance law and the ethics law. As his senior political adviser, Mason was not paid by the state. Instead, she was paid with campaign funds.

Things have gotten so bad for Bentley that the leadership of Alabama's Republican Party has called for his immediate resignation -- even before the end of his impeachment hearings. In a resolution passed Sunday, the state GOP Steering Committee said the two-term Republican governor is “in direct conflict with the betterment of our people.

The tentative date for a committee vote on impeachment is May 1.