The only thing Trump hates more than scorn is being ignored, Minhaj has proved he can do that all night long 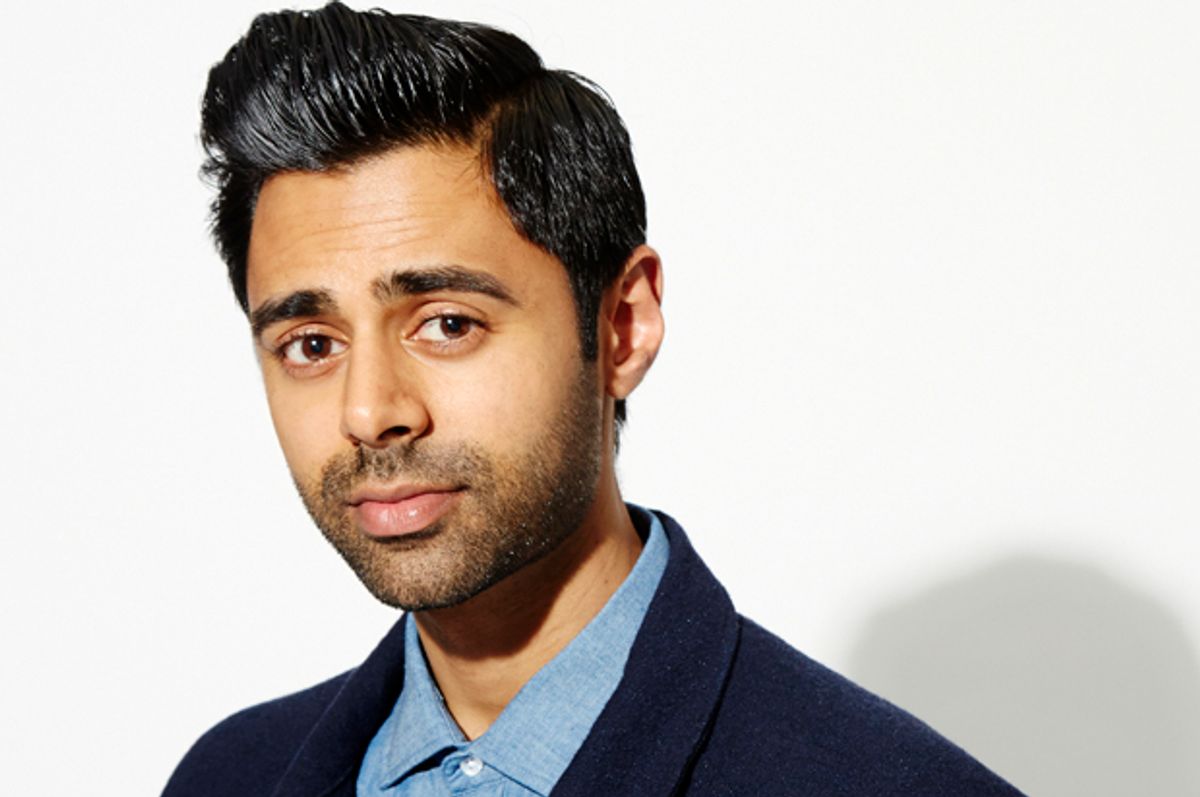 It was announced today that “The Daily Show” correspondent Hassan Minhaj will host the White House Correspondents’ Dinner later this month. In most years, the selection of Minhaj, who does not have the celebrity or hosting bona fides of most past hosts, might feel like an underwhelming choice. But this, of course, is not an ordinary year — for the country or for the dinner.

President Trump’s administration has declared the media the opposition party and Trump has announced that he will not attend the dinner, making him the first president to miss the dinner since Ronald Reagan called into the event rather than attending in 1981. A few media outlets  have boycotted the event in protest of the president’s behavior towards the media. And Samantha Bee, who hosts TBS’s “Full Frontal,” is taking Trump-protest a step further by holding an alternative to the event, “Not the White House Correspondents’ Dinner,” at the same time and on the same day, with proceeds going to the Committee to Protect Journalists.

It had been rumored that a Trump impersonator, such as Alec Baldwin, would host this year’s dinner — though odds-makers never thought that to be likely — but Minhaj is a better choice.

First, there is the obvious: Minhaj’s identity as a Muslim-American. By uplifting a member of a group that Trump has denigrated, the Correspondents’ Association is offering a conspicuous rebuke of the president’s Islamophobic speech and policy.

And while Minhaj’s résumé is lacking in comparison with predecessors like Seth Meyers, Stephen Colbert, Jay Leno and Jon Stewart, he is no affirmative action choice. Minhaj hosted the Radio and Television Correspondents Association Dinner last year. And his comedy is perfectly suited to this year’s event. On “The Daily Show,” he has been incisive and heterodox in making sense of the news, such as when he made the case for how Trump’s travel ban was unintentionally inspiring empathy for Muslims.

But the most impressed I have been with Minhaj was during a recent trip to the Village Underground. Minhaj performed a short set that was not explicitly about Trump but was entirely Trump-adjacent. He joked about the difficulty of buying a gun in the South as a Muslim and about how Muslims should eat their boogers to create a stereotype that is less damaging than their portrayal as terrorists.

A few comedians have expressed to me that rather than being a comedic goldmine, Trump is a nightmare. He’s the elephant in the room but audiences are tired of hearing about the elephant. And because he self-parodies, every joke becomes low-hanging fruit. In the set I saw, Minhaj found a successful work-around for these issues. Trump loomed in jokes about terrorism and fear of the other, but Minhaj didn’t need to say his name.

Most years, the White House Correspondents’ Dinner becomes a sort of presidential roasting. But by sitting next to the host’s lectern and giving his own speech, the given president is allowed in on the joke. By neglecting to attend, Trump is at once compounding his opposition to the non-FOX media, announcing that he cannot take a joke and, paradoxically, making the event about him. Minhaj could give a monologue that ruthlessly savages Trump, but that’s been done before. It would be more transgressive to make fun of Trump tangentially — satirizing his views and policies without saying his name. The only thing Trump hates more than being made fun of is being ignored.