According to a poll, the top Senate Republican is the least liked, while people are feeling the Bern 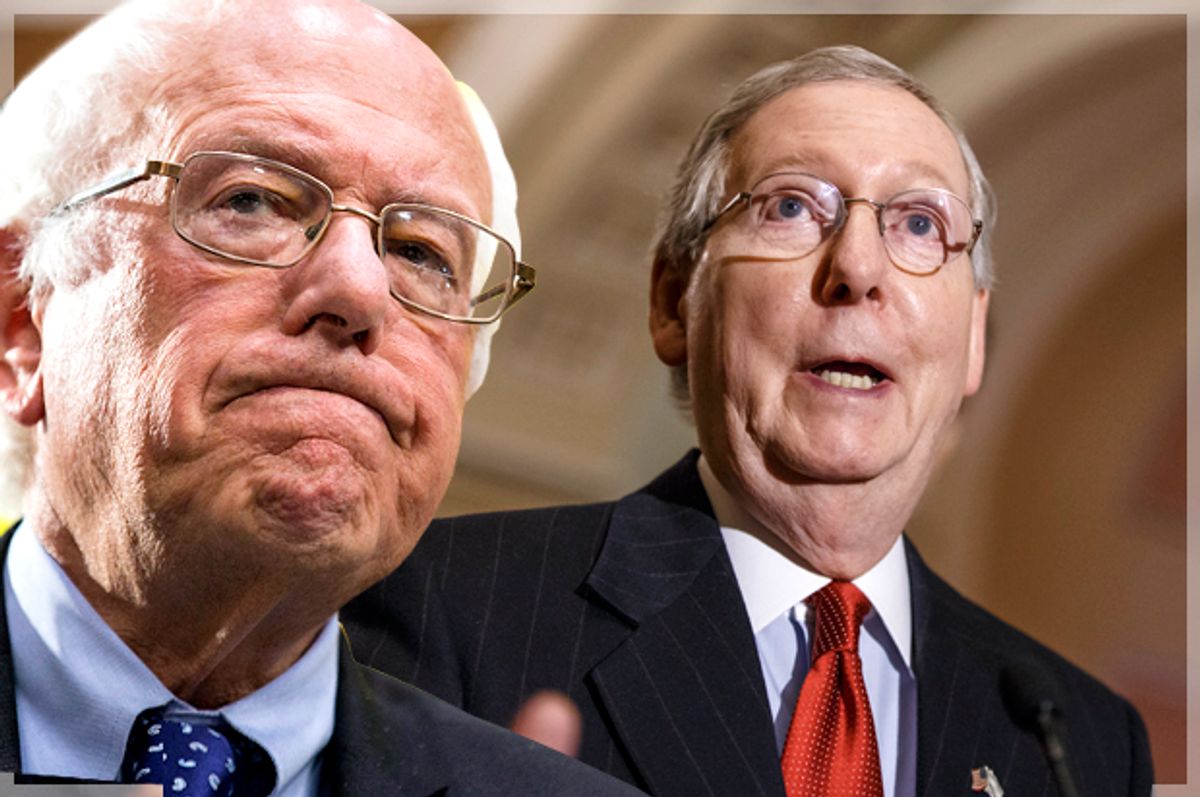 Sen. Mitch McConnell, the most powerful member of Congress, has the worst approval ranking, according to the latest Morning Consult poll. The face of gridlock and obstructionism, McConnell is the only senator who has a net negative approval rating in the poll. Who's the most popular senator? Bernie Sanders, who scored the best approval ranking coming off his popular presidential run.

The Morning Consult poll queried over 85,000 voters, asking them to indicate whether they approved or disapproved of the job performance of President Donald Trump, their state governor, both of their U.S. senators, their member of congress and their mayor. For each question, they could answer strongly approve, somewhat approve, somewhat disapprove, strongly disapprove, or don’t know/no opinion.

Almost half of the voters in the commonwealth of Kentucky indicated they disapprove of McConnell's performance. Even though McConnell delivered conservative Republicans a pipe dream Supreme Court justice in Neil Gorsuch this year, Kentuckians do not see all that much to celebrate, as 47 percent said they disapproved of the majority leader, while only 44 percent said they approved of him.

Meanwhile, voters in Vermont are still grateful that Sanders and Sen. Patrick Leahy represent them in the highest chamber. Sanders had the highest approval ranking, according to the poll, with 75 percent of his constituents indicating that they approve his job performance. Leahy scored a 70 percent approval rating, the second highest in the poll.

North Carolina, a perennial battleground state that has dealt with dreadful politics in recent months, has the least popular delegation, according to the poll.