Sean Spicer: Syria’s Assad is worse than Hitler because he “was not using the gas on his own people” 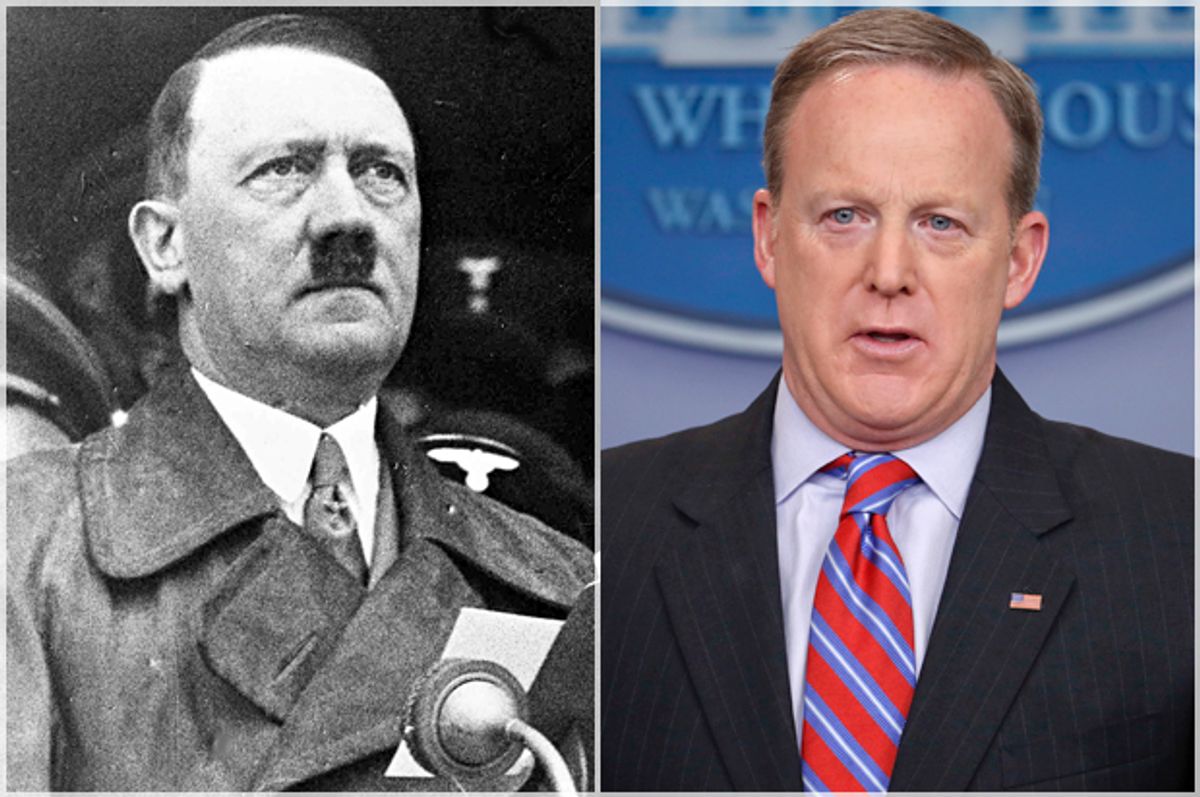 In response to questions about the implications of Syrian President Bashar al-Assad's chemical attacks, White House spokesperson Sean Spicer bizarrely invoked the gassing of Jews during the Holocaust to claim that Hitler  “didn't even sink to using chemical weapons."

"You had someone as despicable as Hitler who didn't even sink to using chemical weapons," Spicer said. "He was not using the gas on his own people in the same way that Assad is doing."

Spicer also said that he knew Hitler brought gas to the “Holocaust center,” whatever that is.

Offered a chance to correct the record later during the briefing, Spicer simply said, "But in the way that Assad used them, where he went into towns and dropped them down to innocent in the middle of towns."

He continued: "I think when you come to sarin gas, he was not using the gas on his own people the same way that Assad is doing."

While Hitler and the Nazi’s may not have used sarin gas, it’s ludicrous to claim that he “was not using the gas” — to say nothing of Spicer’s curious qualifier, “on his own people.”

Reporters could be seen looking befuddled as he made the claim.

Of course, Hitler did use chemical gas chambers — even if the White House continues to omit any mention of the Holocaust from official statements.

Hitler isn’t as bad, however, is an odd argument to make for non-intervention.