Bill O'Reilly's no-job zone: The Fox News blowhard is taking a vacation from his show, but may never return 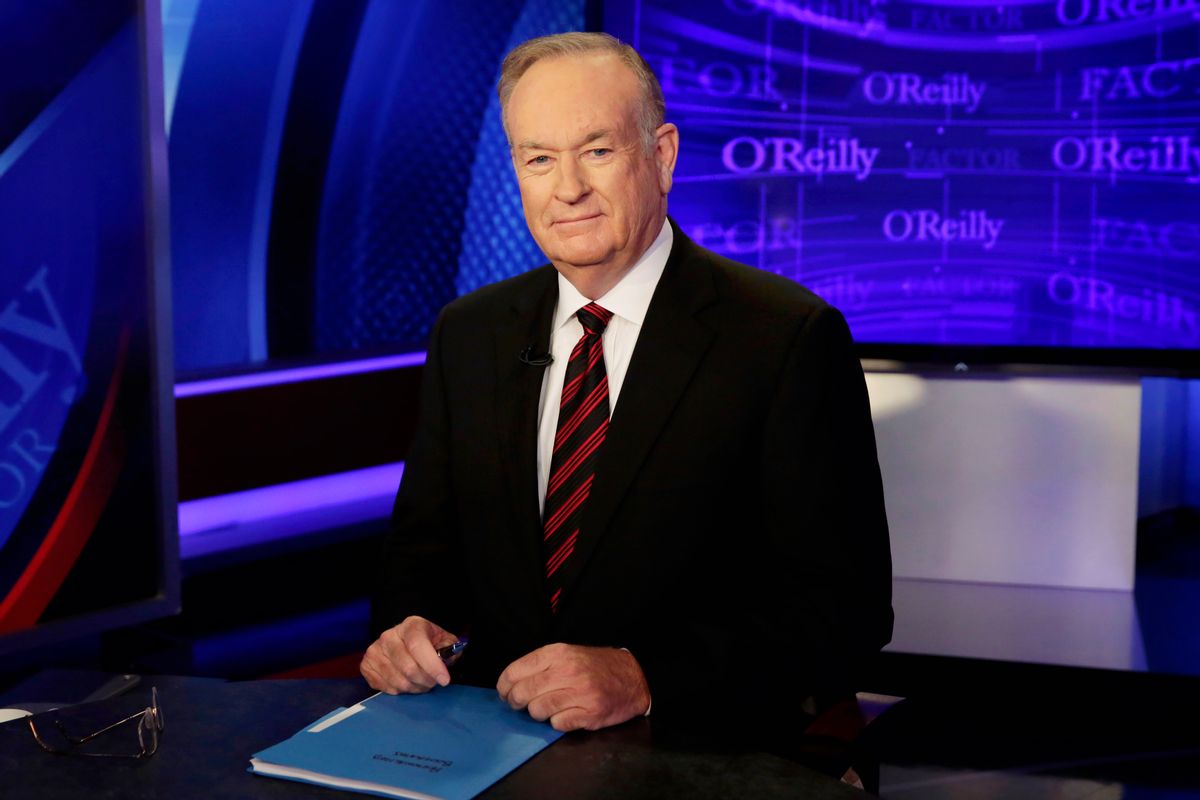 Is Bill O’Reilly out of a job? According to some sources, the popular primetime conservative commentator who has been ranting against liberals on Fox News for more than two decades may need to update his résumé.

A week after it was reported that Fox and O’Reilly paid $13 million to settle sexual harassment claims against the 67-year-old television host from five women in allegations dating back to 2002, O’Reilly is taking a vacation.

A Fox spokesperson claims the break had been planned long before the news broke about O’Reilly allegedly using his power to coerce women into sex, and threatening to punish those who didn’t submit, and that he would be returning on April 24.

But New York magazine’s Gabriel Sherman said in a report late Tuesday that network sources said network higher-ups are divided about whether or not Tuesday evening’s edition of “The O’Reilly Factor” should be the last. The fate of the man who turned opinionated tirades against progressive values into a cash cow for Fox News is still being weighed, according to the sources.

“The assumption is that he’ll exit in a non-embarrassing way,” a senior Fox News staffer told Sherman.

The Murdoch family, which controls 21st Century Fox and Fox News, are divided on whether or not to kick O’Reilly to the curb, according to the report. James Murdoch, 21st Century Fox CEO, would like to see O’Reilly’s departure while his father, Rupert and brother Lachlan want to keep him. Meanwhile, more than 50 advertisers, including bigwigs like drugmaker GlaxoSmithKline and Mercedes-Benz have pulled their advertisements from “The O’Reilly Factor” in protest.

The decision to end O’Reilly’s weeknight opinionated rants may hinge on the results of an investigation into his behavior by the same law firm that investigated Roger Ailes, the former Fox News boss that stepped down in July 2016 following a raft of sexual harassment claims against him, including one that led to a $20 million payout in September to Fox News anchor Gretchen Carlson.

Last month, Fox agreed also to pay $2.5 million to former Fox News contributor Tamara Holder to settle allegations that Francisco Cortes, the former vice president for Fox News Latino, attempted to make her perform oral sex on him, adding to mounting allegations that Fox News itself has for years fostered a hostile environment for women.