LISTEN: P.J. O'Rourke looks ahead to the GOP's "big defeat" 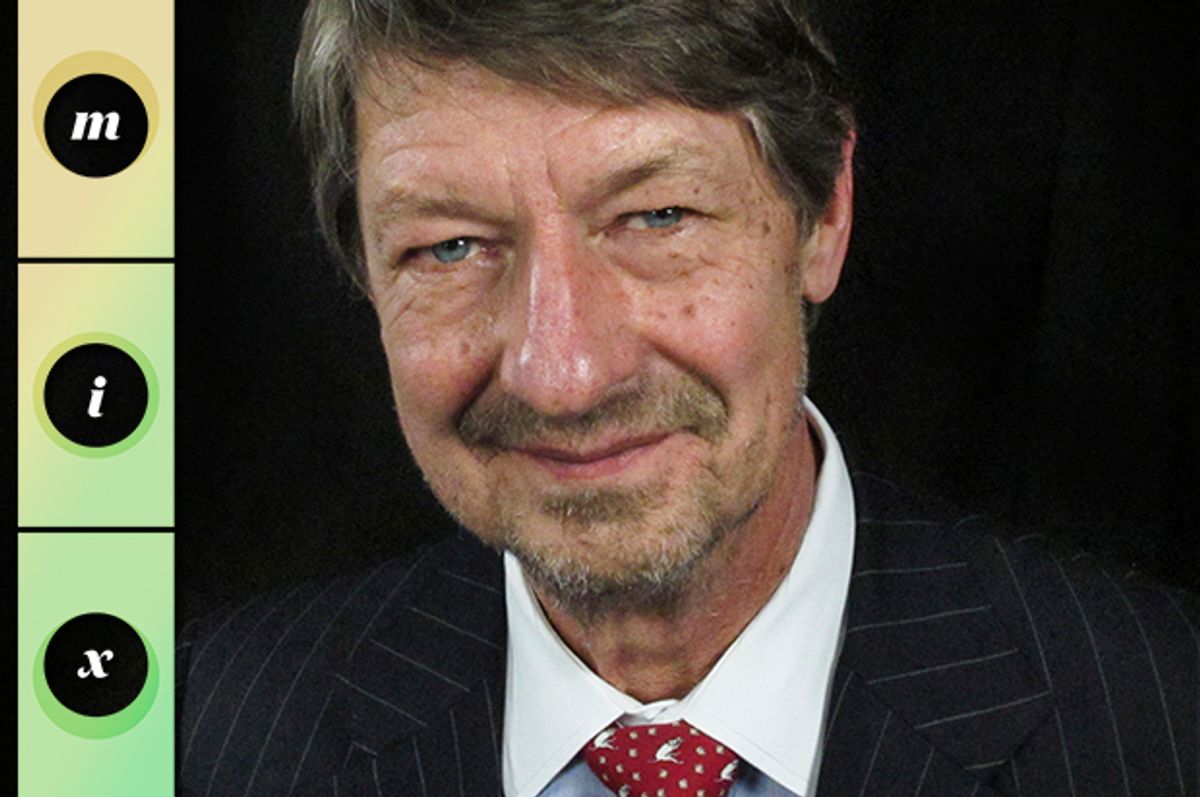 Veteran humorist and political pundit P.J. O'Rourke — who's been known to refer to himself as "the only intentionally funny conservative" — sat down with Salon executive editor Andrew O'Hehir for an uncharacteristically somber talk about the state of political discourse, the future of the conservative movement and, of course, President Donald Trump.

"The populism and the scapegoating and the xenophobia bother me," said O'Rourke of Trump's rise to power. "But there's a layer of incompetence here."

O'Rourke is an avowed conservative, but his outlook is more individual libertarian than GOP party line. In his new book, "How the Hell Did This Happen? The Election of 2016," O'Rourke aims his idiosyncratic wit and equal-opportunity scorn at all the characters of the recent presidential election, from the wild early days of the Republican primary (dueling chapters are titled, in turn, "A Halfhearted Case for Marco Rubio" and "The Case Against Marco Rubio," and then there's "Time to Pull the Plug on Ben Carson's Campaign") through Trump's Electoral College vote victory. O'Rourke might usually vote Republican, but he wasn't sold on the slate of primary choices from the get-go:

Who are these jacklegs, highbinders, wire-pullers, moutebanks, swellheads, buncombe spigots, boodle artists, four-flushers, and animated spittoons offering themselves as worthy of the nation's highest office?

Do they take us voters for fools?

Of course they do. But are they also deluded? Are they also insane? Are they receiving radio broadcasts on their dental fillings telling them they have what it takes to be a good president?

And when Trump emerged as his party's nominee, O'Rourke not only refused to vote for the Republican but instead went as far as endorsing the his Democratic opponent, Hillary Clinton. In a chapter in which O'Rourke has rewritten the lyrics to "You're a Mean One, Mr. Grinch" to serenade Clinton ("You're a limousine liberal, Hillary/ Your heart's an empty hole!"), O'Rourke throws his reluctant support behind the Democratic nominee, calling her only "the second-worst thing that could happen to America."

The first-worst thing that could happen to America, then did on Nov. 8. O'Rourke has some thoughts on former national security adviser Michael Flynn and surveillance, the Christian right, conspiracy theories and the "hysteria on the left and shame on the right" that Trump has drummed up, along with ideas about how or why Trump could be impeached. Listen to their conversation: