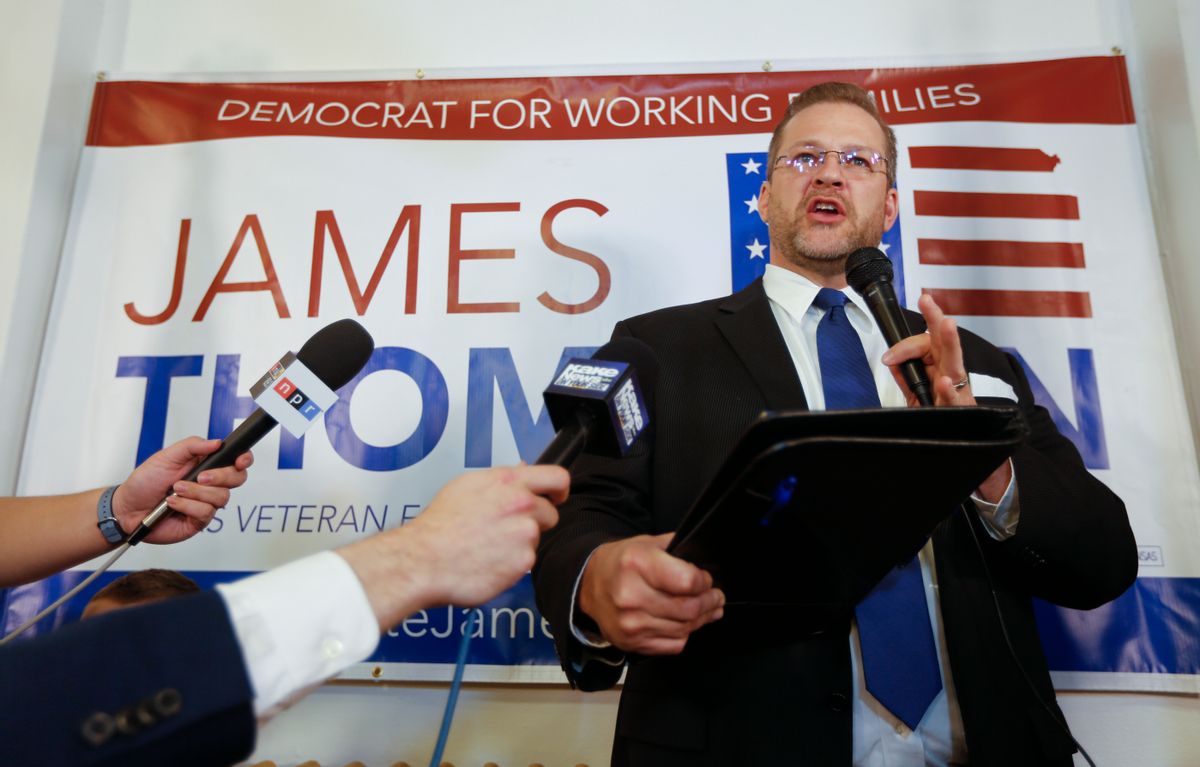 Democrats came up just short in their bid to upset the GOP in a special election to replace current CIA director and former U.S. Rep Mike Pompeo in the Kansas 4th Congressional District.

Republican Ron Estes won the election by only a seven-point margin after Pompeo's margin of victory in the fall was 31 points. As a sign of possible backlash against the GOP, Estes lost the district's most populous county, around the city of Wichita. President Donald Trump had won that county by 18 points, the Associated Press reported.

The outcome was a major disappointment for Republicans in the traditionally red district. But on the morning after the election, it appears the president was savoring the unimpressive victory.

Nothing in this tweet is remotely true, of course, as it was not an easy win, the Democrats did not invest that much in the race, and no one predicted Estes would lose.

Trump had interest in the election mostly because he threw his political weight into the contest by recording a get-out-the-vote call on behalf of Estes.

"Republican Ron Estes needs your vote and needs it badly," Trump said in the minute-long call. "Our country needs help. Ron is going to be helping us, big league."

But many voters turned to the Democratic candidate instead, political newcomer James Thompson.

"Republicans nationally should be very worried," Bob Beatty, a Washburn University political scientist, told the AP. "It's remarkable that Thompson got this close."

Now, both of the parties turn their eyes to Georgia where Democratic hopeful Jon Ossoff, 30, looks poised to take the seat from Republican Tom Price, who resigned to serve as the head of Trump's Health and Human Services.