Trump suddenly reverses course: NATO is "no longer obsolete" and China is no longer a currency manipulator 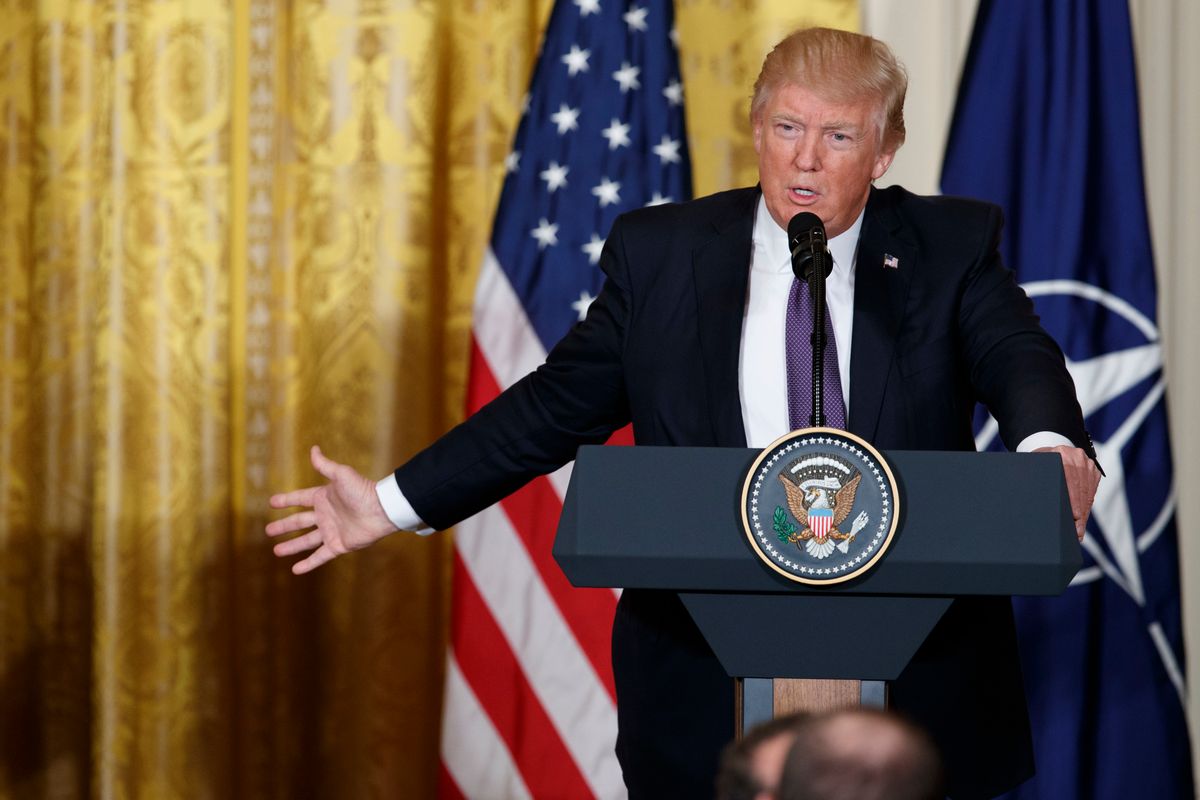 President Donald Trump, who called the North Atlantic Treaty Organization (NATO) "obsolete" in January, suddenly came to the conclusion that the peacekeeping organization was "no longer obsolete" after meeting with Secretary General Jens Stoltenberg at the White House on Wednesday.

Trump explained he changed his mind after discussing NATO's further involvement in the fight against terrorism.

"The secretary general and I had a productive discussion about what more Nato can do in the fight against terrorism," Trump said during the joint press conference. "I complained about that a long time ago and they made a change, and now they do fight terrorism."

But Trump still appeared to be adamant about other members of NATO contributing more funding. "If other countries pay their fair share instead of relying on the United States to make up the difference we will all be much more secure," he said.

After stating that relations with Russia are at an "all-time low" he noted that the meeting with Stoltenberg went smoothly.  "Things went pretty well. Maybe better than anticipated," Trump said in regards to the meeting.

Pres. Trump says after he complained about how NATO could fight terrorism more “they made a change…it's no longer obsolete." pic.twitter.com/VaDyRyxPnn

However, flip-flops do come in pairs, and in an interview with the Wall Street Journal, the president offered his second reversal of the day.

Trump said he would no longer refer to China as a currency manipulator, one of his most vocal campaign promises and something he pledged to do his first day in office. He even included the promise on his campaign website.

“We must stand up to China’s blackmail and reject corporate America’s manipulation of our politicians,” it said on his website. “The U.S. Treasury’s designation of China as a currency manipulator will force China to the negotiating table and open the door to a fair — and far better — trading relationship.”

Now, his opinion has apparently changed.

"They're not currency manipulators," Trump told the Wall Street Journal on Wednesday. According to the Journal, Trump said that China has not manipulated its currency in the recent months which is why he changed his mind. At least there is some semblance of hope that he is learning on the job.