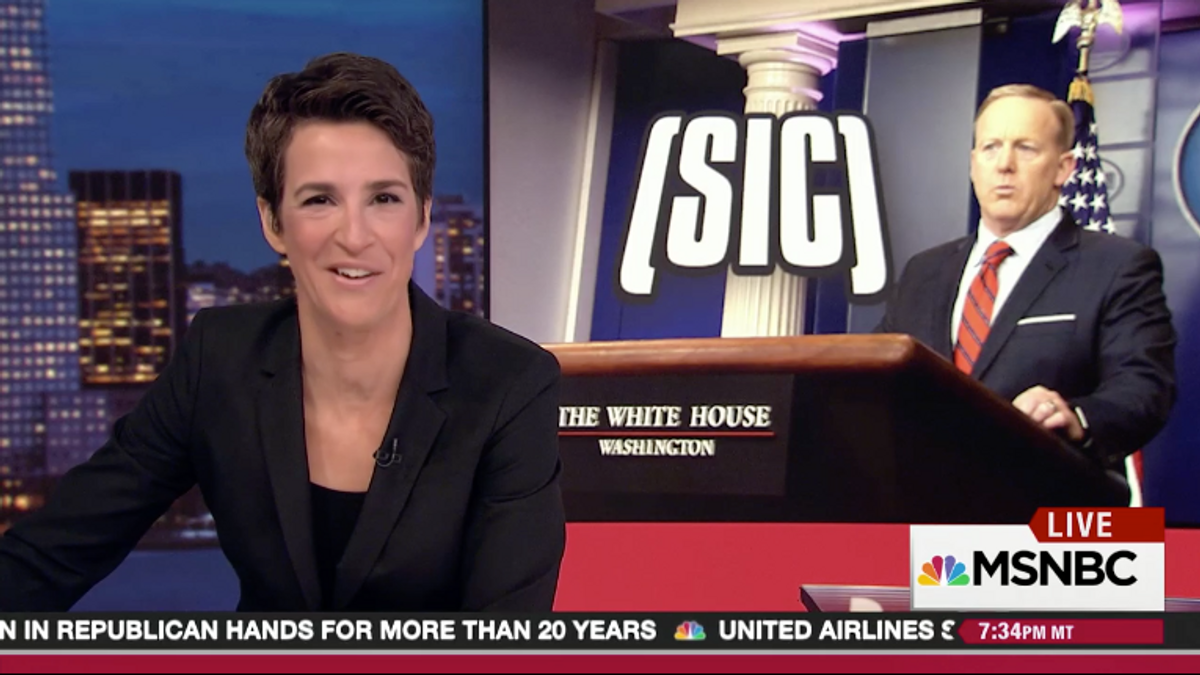 Sean Spicer didn't start his stint as White House press secretary too well. You'll recall that his first press briefing — in which he scolded the press for not inflating the size of of President Donald Trump's inauguration — was a complete disaster. But Sean Spicer hasn't settled down into his role as mouthpiece for the Trump administration, Rachel Maddow noted Tuesday night, and that's because he can't speak clearly whatsoever.

Maddow referenced "the full-blown blossoming of something that appears to be a thought" in Spicer's botched World War II and Holocaust analogy, which failed, which led to immediate ridicule and led to calls for his ouster.  Later, the White House press office sent multiple press statements in apology — in print, no less! — each of them clearing up a mix-up previously. Or, as Maddow noted, "three different tries in 19 minutes."

But when Spicer's under the spotlight, it's not only fuzzy logic and thought cramps that keep popping up. His tongue gets tied, Maddow noted, pointing to a litany of mispronunciations of Syrian President Bashar Assad — as well as a terrible attempt while on CNN.

"Talking is hard," Maddow noted. "Everybody gets tripped up sometimes. But this is the person whose job it is to speak for the White House, and he can't even do it in print, let alone out loud."

"Some people are better at talking than others," Maddow said. "Why is he doing it? Just a transfixing series of blunders from the White House on an incredibly serious subject."

Unfortunately, as Maddow said, Spicer isn't the only person who has a tendency to put his foot in his mouth.