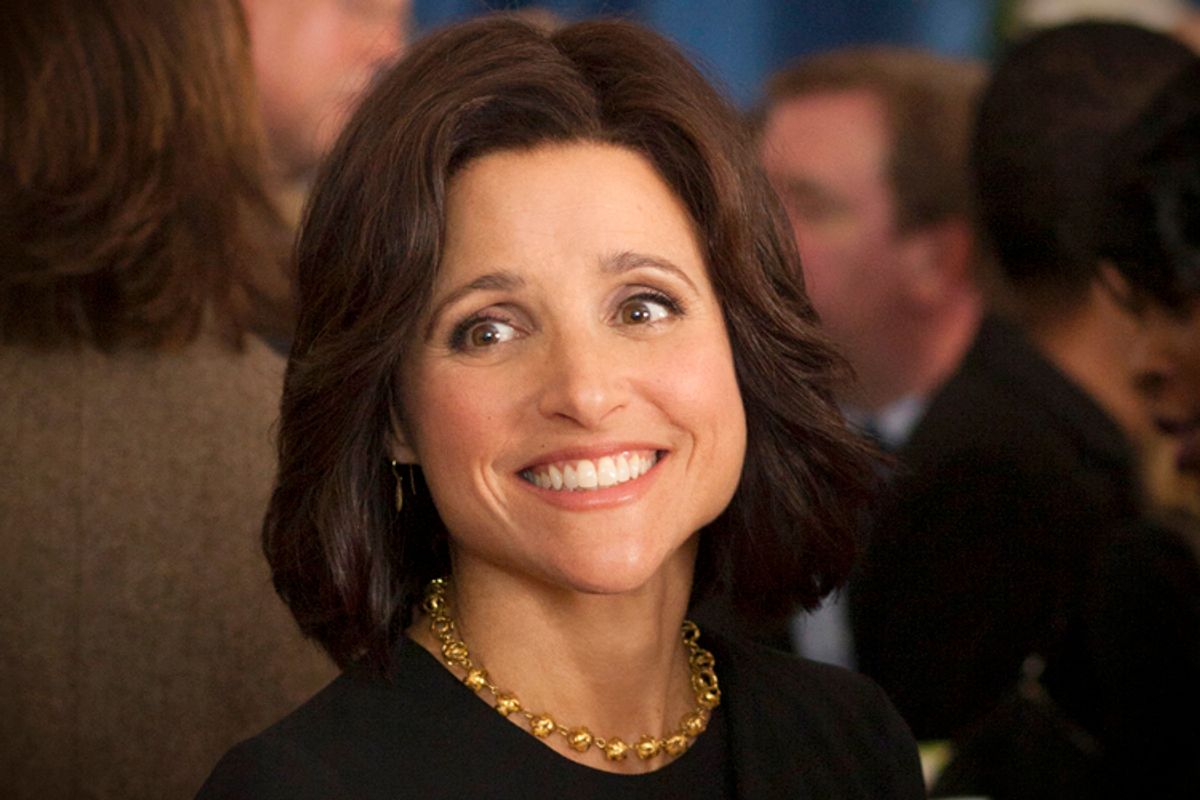 With Donald Trump in the White House, it has become increasingly more difficult to distinguish parody from reality. President Trump has also flipped a common saying — life imitates art — on its head.

David Mandel, showrunner of HBO's "Veep," faced a truly daunting task when Trump took office: He had to compete with an absurd presidency.

Mandel decided Selina Meyer, the show's protagonist played by Julia Louis-Dreyfus, would lose her bid for the presidency long before Trump won the real-life election. This paved the way for a sixth season to be set outside the White House.

In an column for The Hollywood Reporter, Mandel recounted the impasse he reached the morning after Trump's electoral win. He said there was a 24-hour period when he thought nobody would find politics funny anymore.

"It was a baby freak-out, and some of it was just depression," Mandel said. "It was less about how we were going to do it and more, 'Will anyone care? Will people want to laugh?'"

Mandel said the new plot development affords the show some "wiggle room" to navigate the making of a comedy show in Trump's world. A joke about golden showers in particular — one he thought reality could not compete with — had to be cut. As Mandel told The Hollywood Reporter:

"So much of 'Veep' is often just sitting around thinking: 'What's the dumbest thing that could happen?' They're doing stuff that we couldn't invent if we tried. The only thing we did have to change — it sounds like a bad joke, but it's true — was a 'golden shower' joke in one of the episodes where someone is yelling at Jonah [played by Timothy Simons] about a golden shower. We hadn't filmed it yet, and we realized, 'Oh, we need to change that' [because of the Trump-Russia dossier]. Who knew we would literally have to change a 'Veep' golden showers joke because of the real president of the United States of America? It doesn’t get any weirder than that."