Jeff Varner's revelation of Zeke Smith's trans identity was cynical, but CBS may be playing its own dangerous game 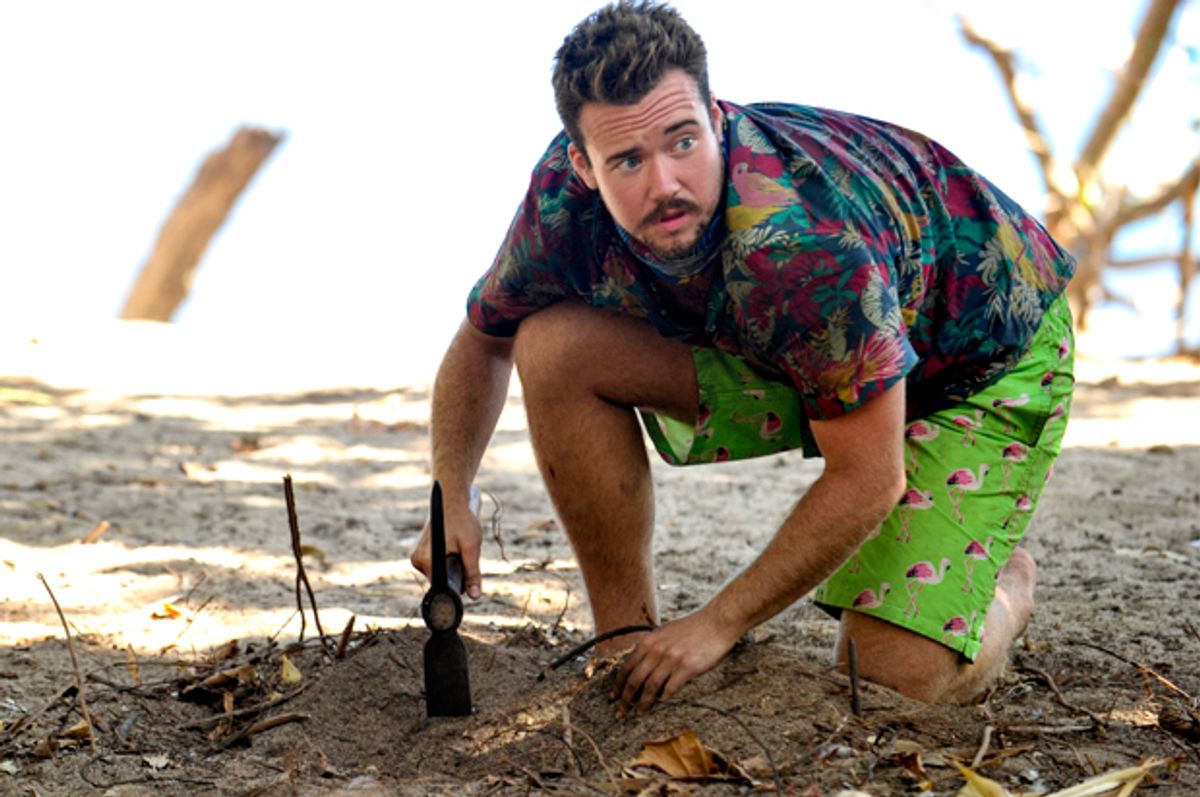 What’s the most guarded, private part of your life — something that only very close friends know about you? Imagine having that information broadcasted to strangers, neighbors, and even your family members. That would be terrible, right? Now imagine that all of America were watching, too.

That’s the situation that Zeke Smith found himself in during this week’s episode of “Survivor: Game Changers,” the latest all-star edition of the long-running reality competition program. Smith, who became a fan favorite on 2016’s “Millennials vs. Gen X,” didn’t discuss his trans status in his audition tapes. “I wanted the show to desire me as a game player and an eccentric storyteller, not as ‘The First Trans Survivor Player,’” the 28-year-old wrote in a Hollywood Reporter op-ed following Wednesday night’s installment, in which he was outed by a competitor, the openly gay Jeff Varner.

The scene is brutal, the kind of thing you have to watch between your fingers. Varner, desperate to keep himself from being eliminated, decided to throw a fellow player under the bus to save himself. Warning of “deception on all levels” during the competition, the 50-year-old former news anchor turned to Smith and asked, “Why haven’t you told anyone you’re transgender?”

“Survivor” contestants and fans have joined in condemning Varner’s actions, for which he has since apologized. The backlash to the episode, which many critics feel CBS shouldn’t have aired, has illustrated the dangerous impact of outing for LGBT people, which causes severe, long-lasting psychological harm and even violence. Transgender people are harassed, beaten, and murdered every year for having their gender identity revealed without their consent. When people like Varner expose trans people for being “deceivers” simply because they wish to keep parts of themselves private, it only reinforces the reasons those victims are brutalized.

Jennifer Laude’s murderer argued that he had probable cause to take her life. The 26-year-old Filipina woman was killed in an Olongapo motel room in 2014 by Scott Pemberton, a 20-year-old marine who claimed that he didn’t know the woman he was about to have sex was transgender. After learning of her trans status, Pemberton strangled her to death, drowning Laude in the toilet bowl. Her killer showed shockingly little remorse, allegedly telling a friend of the altercation: “I think I killed a he/she.”

During court proceedings, Pemberton claimed that he felt “raped” by Laude. After learning that her anatomy wasn’t what he expected, the marine was “violated and angry.”

This is known as the “trans panic” defense, in which defendants argue that the experience of being “deceived” by a transgender person is painful and damaging that it justifies murder. “The use of a gay or trans panic defense deprives victims, their family and their friends of dignity and justice,” says the American Bar Association in a 2013 report on the so-called “trans panic” defense. “More broadly, it is designed to stir up and reinforce the anti-gay or anti-transgender emotions and stereotypes that led to the assault in the first place.”

This legal argument has been deployed since the 1960s and is illegal in California. As Varner suggests, trans panic defenses argue that it is cisgender (or non-trans) people who are harmed by not knowing the gender identity of those around them. But in reality, the opposite is true.

Eight transgender women of color have been murdered in 2017, a figure that is on pace with last year’s record number of 27. The most recent victim was 38-year-old Alphonza Watson, who was gunned down on March 22 by two men in a drive-by shooting. Watson’s mother, who often called her “Peaches,” remembers her daughter as “the sunshine of our family,” a kind person who “would never do any harm to anyone.” Outing women like Watson, who already face the highest hate crime rates of any group in the U.S., only makes it more likely they will be targeted for violence.

Outing isn’t merely a safety concern, however. Forcing LGBT people out of the closet can induce extreme mental distress, leading to suicidal ideation and self-harm.

A number of high-profile suicides in recent years have drawn attention to the danger of revealing someone’s personal information before they are ready to disclose that themselves.The death of Tyler Clementi, a Rutgers freshman who was outed by his roommate, first drew national attention to this issue after he took his own life in 2010, but there have been numerous examples.  Marcus Wayman was arrested for underage drinking in 1998 after police discovered the 18-year-old in a parked car with a male suitor. After discovering condoms in the vehicle, officers threatened to tell Wayman’s family about his sexuality. Reports indicated that law enforcement officials quoted Bible passages at him.

Rather than be outed to his family and community, the high school football player ended his life instead.

Varner and others willing to put the safety of queer and transgender people at risk by “exposing” their identities should heed the words of Dr. Essay Vanderbilt, the subject of a controversial Grantland piece printed in 2014. Vanderbilt, the inventor of a so-called “magical putter,” was profiled by writer Caleb Hannan, who learned that the doctor was transgender while researching the story. Instead of respecting Vanderbilt’s wishes to keep her history private, Hannan included details about her gender identity over her objections. She didn’t live to see the article published.

“No one knows my life but me,” Vanderbilt told Hannan prior to her suicide. “You don’t know what the truth is.”

Vanderbilt is right: Nobody will ever know her truth — or that of any other transgender person — unless we allow them to speak from themselves. Smith said that he hoped to present himself on “Survivor” as “casually trans, in the same way that Zac Efron is casually Jewish.” He had hardly been hiding it: Smith regularly competes on the reality show with his shirt off, in which his post-surgery scars are plainly visible. But in neglecting to spell out his gender identity, the Brooklyn resident hoped that it simply wouldn’t matter. Being transgender would be as important as being left handed or double jointed.

Unfortunately, this gaffe shows that society has a long way to go before that’s true.