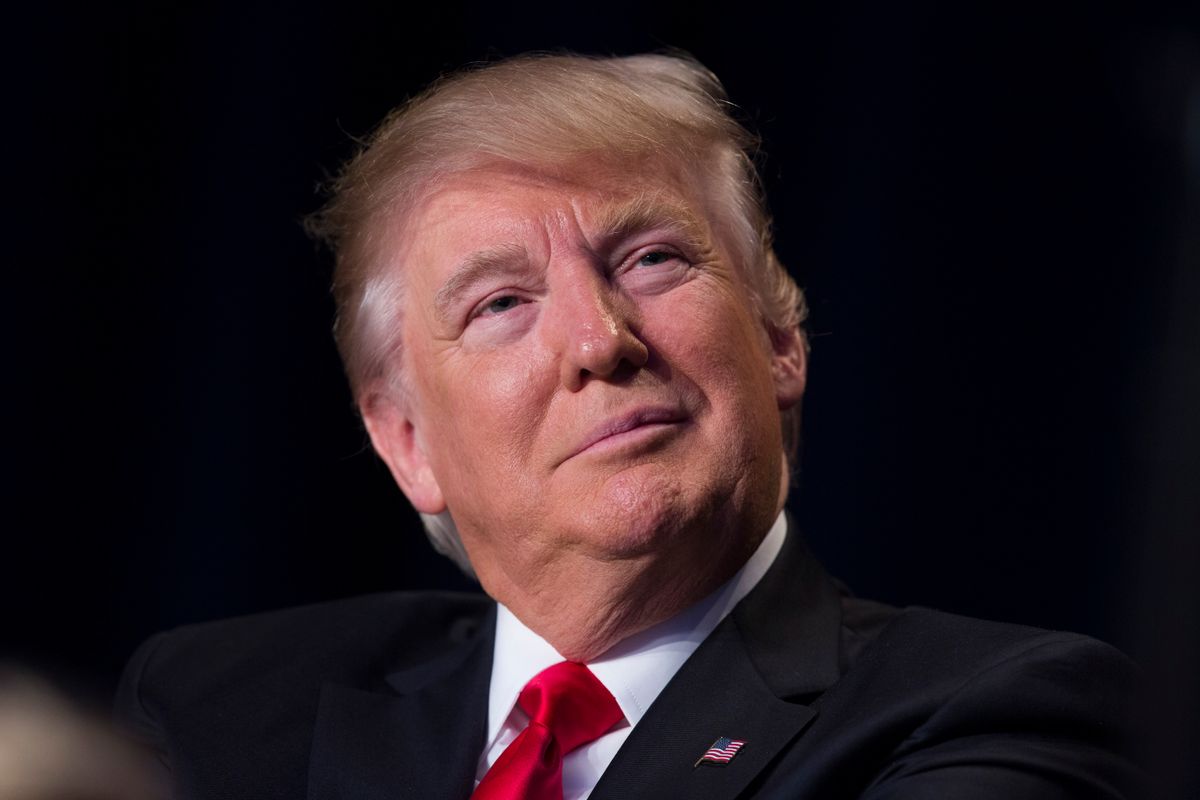 Donald Trump has sparked countless protests in record time across the country, the world and space. Yes, you read that correctly. A small space network launched what it’s calling the “first protest in space” against President Trump on Wednesday.

The team at the Autonomous Space Agency Network (ASAN) printed an enormous tweet from their own Twitter account, Motherboard reported. The poster-sized message tags Trump’s now-infamous Twitter handle, @realDonaldTrump, and reads: “LOOK AT THAT, YOU SON OF A BITCH.” We can’t help but think they were channeling the president’s favorite form of tweeting — yelling via capitalized letters.

The sign was attached to a weather balloon and flown at an altitude of 90,000 feet — the height, Motherboard noted, “is not considered space-proper (that’d be above the Kármán line, at 330,000 feet) but is in the near-space sphere.”

“ASAN believes artistic creativity is as crucial to life as scientific curiosity and technological innovation. All ASAN missions presuppose a will to creative independence in space.”

Although there’s a good chance Trump saw this and scratched his head, most can understand why a group of space explorers would target the president for space’s first and only protest.

In less than 100 days, Trump has already proposed to curtail or eliminate several environmental and science-related agencies, including NASA’s earth science program. Additionally, his choice to lead the EPA, Scott Pruitt, has zero regard for sustainability and prefers to spend the agency’s money on security for himself.

We were warned that Trump would be bad news for the science community, and that warning was spot-on. As a result, scientists organized the March for Science in Washington that will take place on Earth Day (April 22). Maybe ASAN will fly another “screw-you” message to show its support.