Pompeo really liked WikiLeaks last year, though, when it was simply hostile to Hillary Clinton 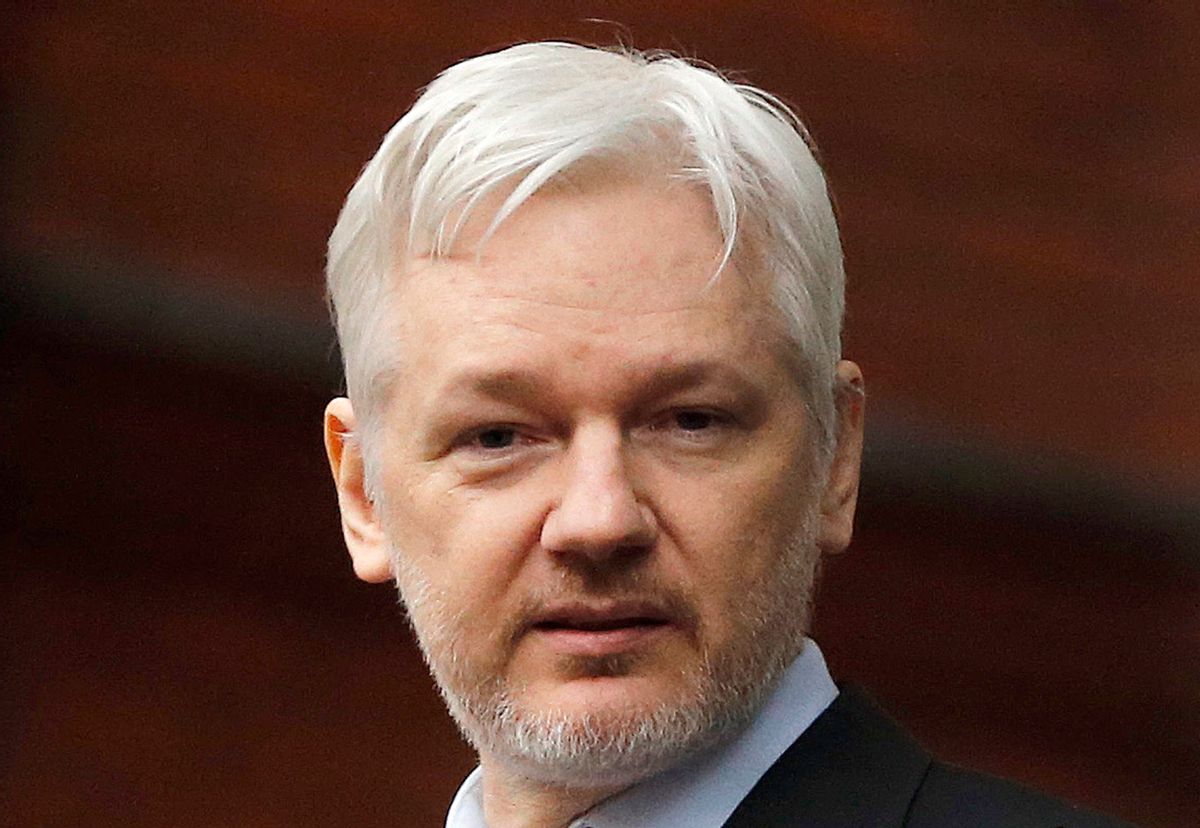 FILE - In this Feb. 5, 2016, file photo, WikiLeaks founder Julian Assange stands on the balcony of the Ecuadorean Embassy in London. Assange said in a video release Thursday march 9, 2017 that his group will work with technology companies to help defeat the Central Intelligence Agency's hacking tools. Assange says "we have decided to work with them, to give them some exclusive access to some of the technical details we have, so that fixes can be pushed out."﻿ () (AP Photo/Frank Augstein, File)
--

CIA Director Mike Pompeo, who once cheered on WikiLeaks as it sunk the Hillary Clinton campaign, now says that Julian Assange's website is a conduit for stolen documents and should be deemed a "hostile intelligence service."

"It is time to call out WikiLeaks for what it really is, a non-state hostile intelligence service often abetted by state actors like Russia," Pompeo said in a speech at the Center for Strategic and International Studies in Washington.

He also called Assange a "fraud" and a "coward" before confirming that Russia's GRU military intelligence serviced used Wikileaks to publish the hacked emails from the Democratic National Committee during the election.

In July, when WikiLeaks dumped emails showing potential bias toward Clinton, the establishment front-runner, Pompeo, than a Republican member of the House of Representatives, alerted his Twitter followers of the new information.

"Need further proof that the fix was in from Pres. Obama on down? BUSTED: 19,252 Emails from DNC Leaked by WikiLeaks," Pompeo wrote in the now-deleted tweet.

But now the CIA director is denouncing the organization, which, just last month, distributed secret documents pertaining to the CIA and NSA's cyber capabilities.

Two days before Pompeo's first public speech, Assange penned a column in The Washington Post trying to explain his vision of WikiLeaks and its mission.

"Vested interests deflect from the facts that WikiLeaks publishes by demonizing its brave staff and me," Assange wrote. "We are mischaracterized as America-hating servants to hostile foreign powers. But in fact I harbor an overwhelming admiration for both America and the idea of America. WikiLeaks’ sole interest is expressing constitutionally protected truths, which I remain convinced is the cornerstone of the United States’ remarkable liberty, success and greatness."