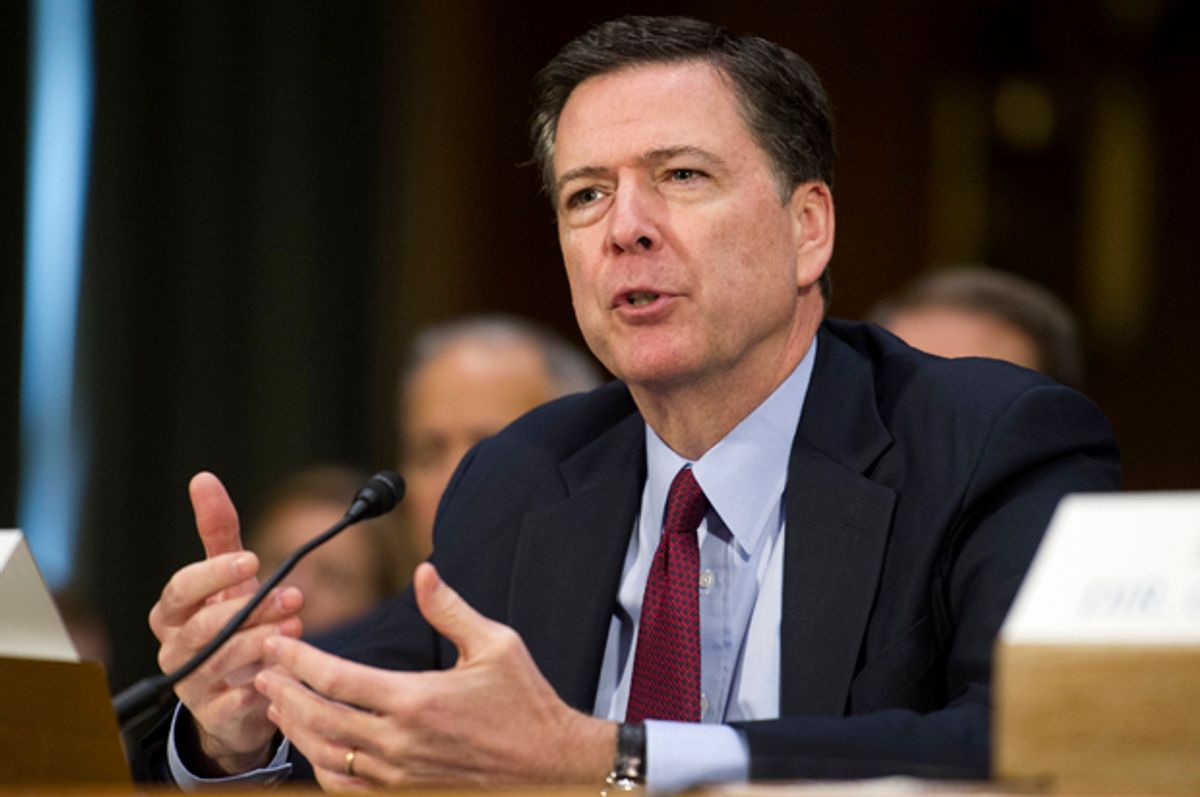 It turns out that Donald Trump really is the law-and-order president. FBI director James Comey, who has been accused of sabotaging Hillary Clinton during the 2016 election, announced the bureau’s cooperation with a new TV series.

“Law and Order” creator Dick Wolf is teaming up with documentarian Marc Levin to create a show surrounding the FBI, CBS reported. Comey has given the producers access to the bureau’s New York offices for a year to film the series.

“We have to care what people think about us,” Comey said during an interview at the Newseum on Thursday. “The faith and confidence of the American people is the bedrock.”

Comey is letting the duo take on what has become an increasingly difficult job for the FBI: public relations. He said he hopes the documentary, which will be called “Inside the FBI: New York,” helps bolster the bureau’s tattered image.

“I worry sometimes that people don’t know us,” Comey said. “We did a lot last year that confused people.”

What exactly did the FBI — Comey, in particular — do last year that confused people, you ask? Perhaps Comey’s worst action was deciding to resurface Clinton’s email scandal less than two weeks before the general election in November. Although the director didn’t find anything incriminating, he did a good job instilling suspicion into voters.

The Washington Post said it best in a scathing op-ed published in October:

“Having taken the extraordinary steps of briefing the public, testifying before Congress about a decision not to prosecute and sharing investigative material, Comey now finds himself wanting to update the public and Congress on each new development in the investigation, even before he and others have had a chance to assess its significance.”

Comey also spent some of his apparently abundant free time tearing down the Black Lives Matter movement and attempting to progress cybersecurity (it didn’t work).

With Comey at the helm, the FBI needs all the PR assistance it can get, but Dick Wolf seems to be the only person up for the job.