Record-breaking temperatures have caused bleaching to the coral 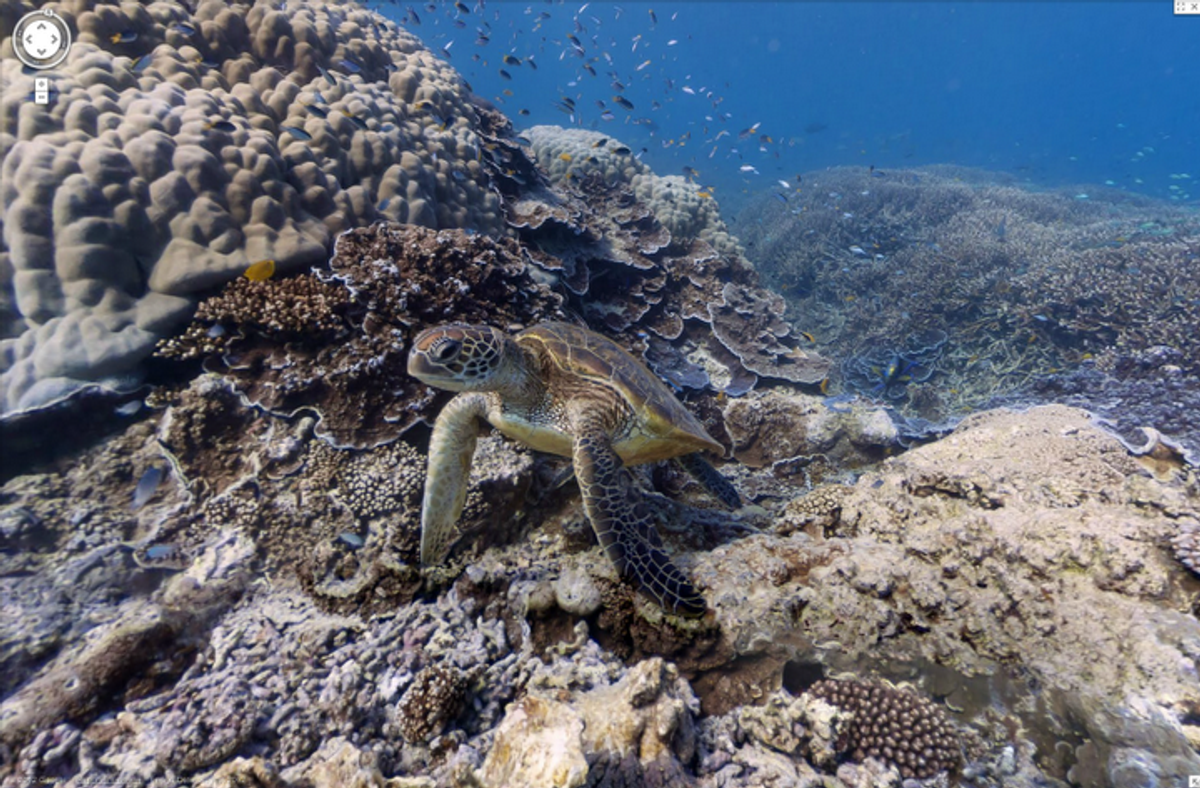 Climate change is putting one of the wonders of the world in a vice. For an unprecedented second year in a row, Great Barrier Reef coral have been decimated by a wave of warm water.

Last year’s mass bleaching was fueled in part by a powerful El Niño, but would have been nearly impossible without climate change bumping up background temperatures. Research showed that climate change made warm waters in the Coral Sea up to 175 times more likely.

While no similar attribution has been done for this year’s mass bleaching, 2017’s heat is occurring in the absence of El Niño. And there’s one main culprit scientists are pointing to.

“The bleaching is caused by record-breaking temperatures driven by global warming,” said Terry Hughes, a director of the ARC Center of Excellence for Coral Reef Studies.

The northern half of the reef was particularly hard hit in both 2016 and 2017. Bleaching has spread across 900 miles of the reef this time around. And while the intense heat doesn’t spell the demise of all coral, it does make it very hard for any coral that survived to rebuild the reefs.

“It takes at least a decade for a full recovery of even the fastest growing corals, so mass bleaching events 12 months apart offers zero prospect of recovery for reefs that were damaged in 2016,” James Kerry, a scientist at the center, said.

Coral are the oceanic canary in the coal mine and rising ocean temperatures are leaving them gasping for breath. What’s happening in the Great Barrier Reef is the highest profile case of the stress coral are under.

“This is part of the global coral bleaching event that started in June 2014 and hasn’t gone away,” Mark Eakin, the coordinator at Coral Reef Watch, said.

The planet’s reefs have been forced to cope with an oceanic heat wave since then that’s caused coral bleaching in every ocean basin. It’s only the third recorded instance of global coral bleaching, with the other two coming in 1998 and 2010, but it’s easily the longest running.

The Coral Reef Watch forecast is for elevated risk of coral bleaching to continue until at least July around the world, adding further stress to coral.

The world has warmed roughly 1.8°F (1°C) since humans began emitting carbon pollution. Scientists project that coral will likely go extinct across much of the planet if the world reaches the 2.7°F (1.5°C) threshold.

Researchers are studying which corals have survived areas hit by the three-year global bleaching event to see if they can unlock their secret to success. The hope is to be able to replicate that success and help coral adapt to a warming world.

Doing so would preserve some of the most uniquely beautiful ecosystems on our planet. But preserving reefs also comes with major economic benefits. The Great Barrier Reef alone supports an estimated 70,000 jobs and generates $4.45 billion in tourism revenue annually. Coral reefs around the world also provide similar economic boons to people living nearby and provide protection from storm surge and vibrant fisheries.