The late-night entertainer talks politics, ratings and comedic relief in an interview with the Hollywood Reporter 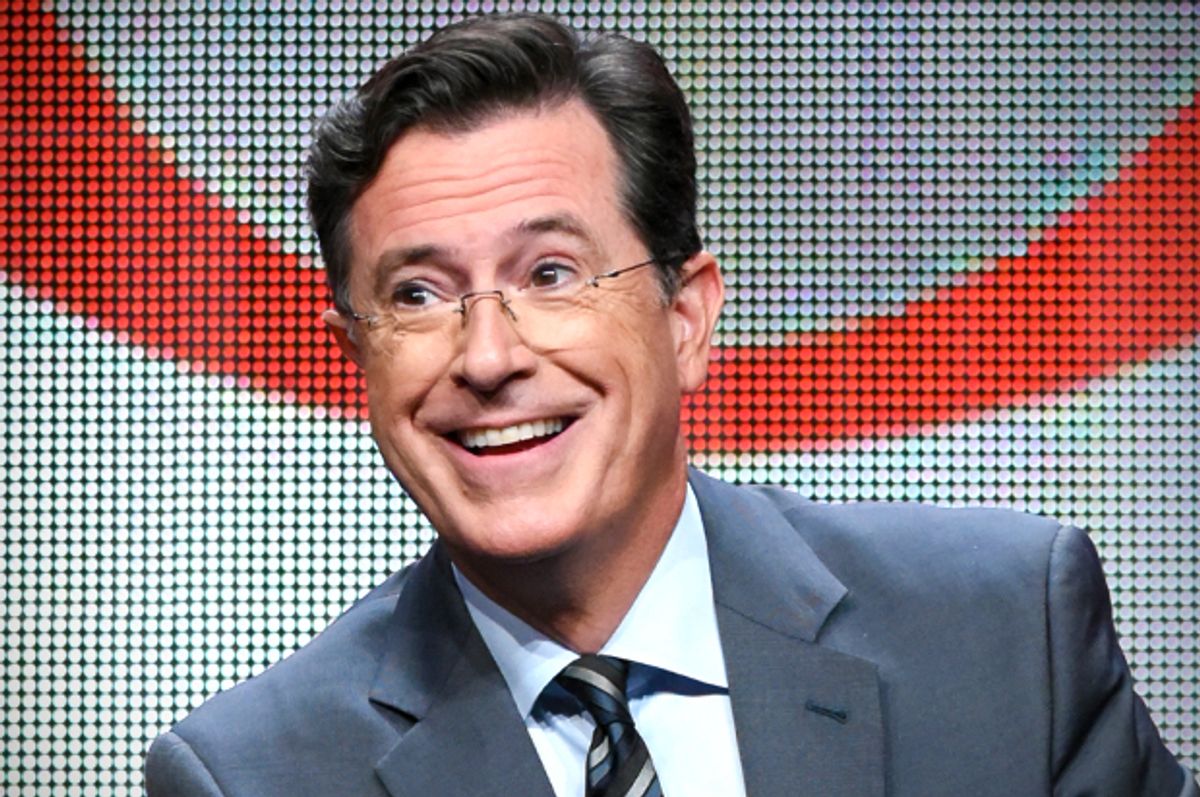 When Stephen Colbert took over "The Late Show" from David Letterman, he never expected that his political coverage would make him a ratings superstar.

Since President Donald Trump's win, "The Late Show" has skyrocketed to the top of the charts, knocking "The Tonight Show" out of the No. 1 spot for the first time since 2015. The late-night show has been riding high for 10 weeks now, but Colbert said the sudden popularity is a reminder to be careful what you wish for.

"I would trade good ratings for a better president," Colbert told Marisa Guthrie for the Hollywood Reporter. "How about that?"

In the hour-long interview, Colbert spoke about striking a balance between his anger toward Trump and his TV facade. He also touched on taking over for David Letterman, looking for the comedy in everything and staying humble.

"The goal is not to be angry on camera," Colbert said. "There is a sense of confusion as much as there is a sense of [anger]. The anger is something [Trump] capitalized upon and fanned for his own purposes. And the confusion is an act of control. The anger can help you write passionately, but you shouldn't bring it to the stage."

However, he admitted that showing his anger in front of the camera can't always be helped.

"Sometimes there is no way to fully extricate [anger] from the material, because it is the marble of the statue itself," the TV host said.

Guthrie turned the topic to election night, focusing on how Colbert dealt with the blow of Trump's surprising win.

"The election felt a little bit like somebody dying because you suddenly have an unreal feeling," Colbert explained. "It's unreal and yet absolutely as real as possible at the same time. You feel very raw and very base, very awake and dreaming at the same time."

While most Americans were watching the election results at home, Colbert was front and center, covering the event live on Showtime. The election night show was the rawest he'd ever been on television.

"The show [was] me absolutely not hiding at all how I feel about this and just raw," he said. "That was what that night was for us. I wouldn't wish it on anybody. Hardest fucking thing I ever did."

Despite the hardships, Colbert still loves his job and said it's "a privilege to be on TV right now."

Colbert made it clear that he's not only thankful for his job in TV comedy, but also that he takes it seriously. His name in lights stands 20 feet tall on Broadway, yet he is able to remain humble because he knows just how much those lights mean.

"That sign is an act of trust, and I didn't want to let that trust down," he said. "It's a very simple thing, but there is no substitute for an enormous amount of work. I thought I knew what I was doing until I came over here."

Even sitting in his office on the corner of Ed Sullivan Theater's 12th floor — a space that has been passed down between the great late-night hosts — reminds him just how lucky he is.

Read the full article at the Hollywood Reporter.