WATCH: Democrats warm up to Trump after his airstrike in Syria 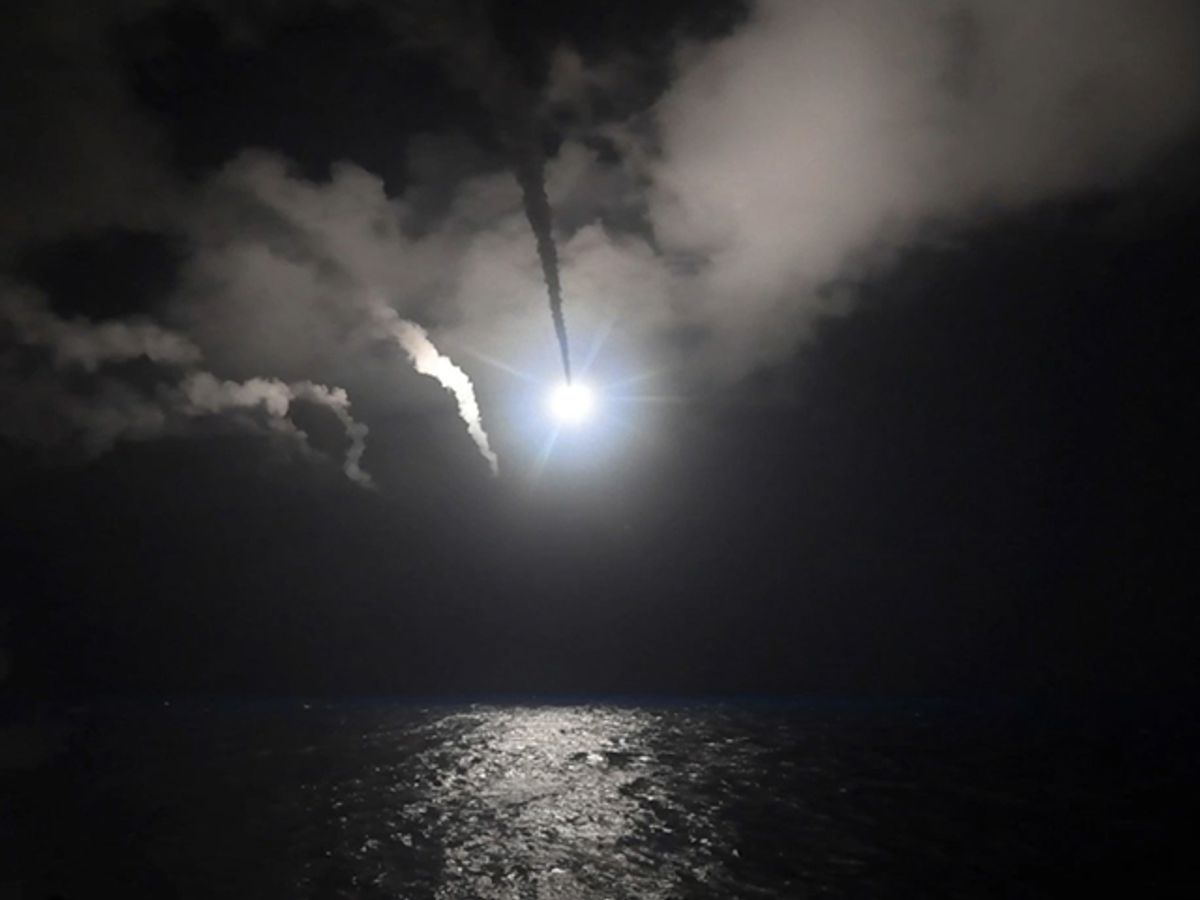 Many Democrats on Capitol Hill are doing the unthinkable: supporting President Donald Trump. Nancy Pelosi and Chuck Schumer are two examples of politicians calling the Syrian airstrike “proportional," falling in line with a man they previously called a threat to American democracy.

The airstrike — as well as Pelosi and Schumer's reactions — seems justified after Syria's blatant human rights violation. The week before Trump launched his strike, Syrian president Bashar Al-Assad unleashed a deadly chemical on his own people. The U.S. retaliation targeted the airbase from which the chemical attack originated.

A Politico/Morning Consult poll found 66 percent of voters supported the American airstrike on in Syria, while only 24 percent opposed it. Ten percent had no opinion.

Congressional Republicans are the ones who first took a weak, ineffective “red line” approach after reports of chemical attacks surfaced in 2013. Congress’ lackluster support for the innocent people of Syria was part of why America did nothing. While American politicians dithered, the rebels who could have overthrown Al-Assad grew weaker by the day.

By taking bold action where congressional Republicans and former President Barack Obama took a lukewarm approach, Trump showed the world that the United States can play a leading role on the geopolitical stage. Although Obama did support U.N. action in the region, his presidential doctrine was driven by the belief that a more isolationist America would lead to a stronger world. Consequently, we saw the greatest spike in global refugees since World War II.

Therein lies the irony of liberal anger at Trump’s vetting of refugees — Trump might not have been forced to take such dramatic action had the previous administration taken a more assertive approach to Syria and other violent hotspots.

It’s true that Trump has stumbled some in his first two months in the White House. But it’s also true that Trump, with no prior government experience, is moderating and cleaning things up. He’s elevating adviser H.R. McMaster and listening closely to General James Mattis, while moderating the anti-globalist impulses of Steve Bannon. And he’s doing this all while empowering U.N. Ambassador Nikki Haley to call out Russia’s infractions.

The refreshing thing about Trump is that he isn’t rigidly ideological, a quality that drove conservatives bonkers during the election. The president's approach leaves the door open for a new type of pragmatism that hinges on results rather than political doctrine. Ironically, his technique could ultimately help liberals breathe a sigh of relief.