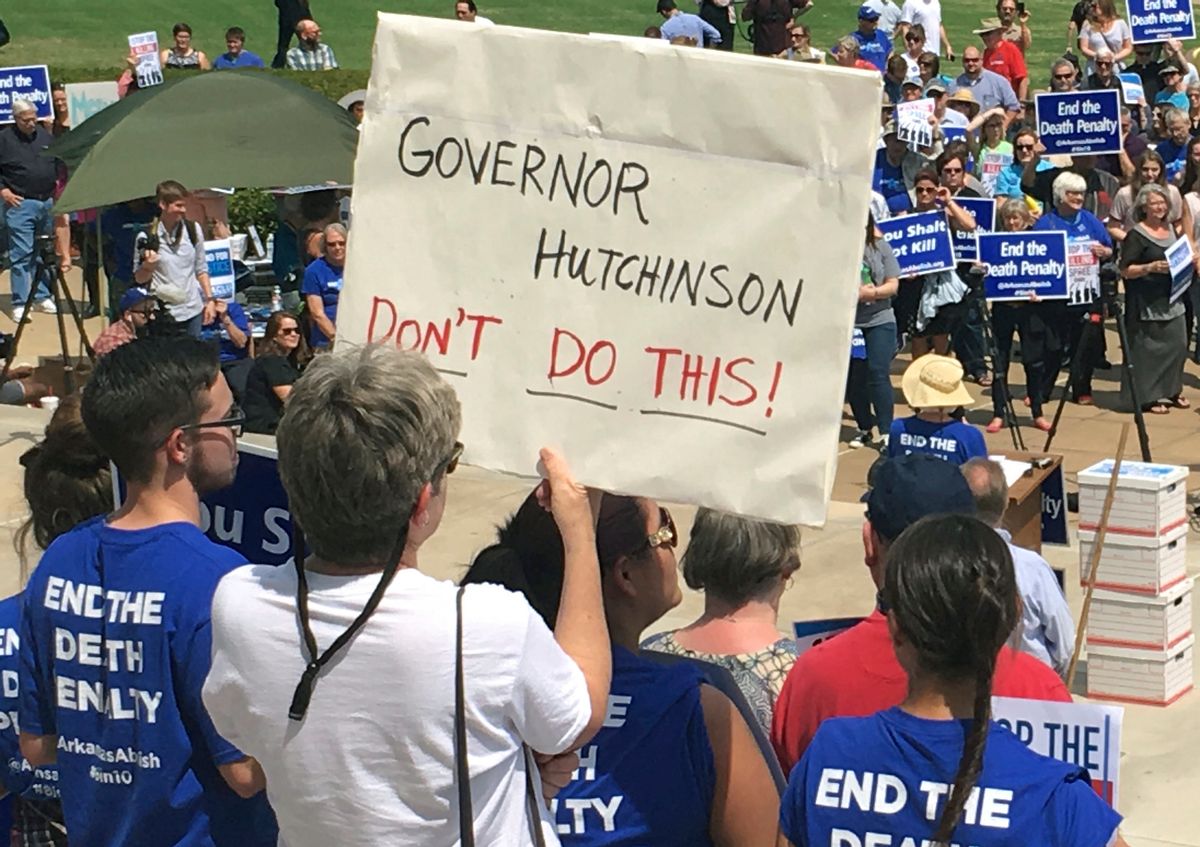 U.S. District Judge Kristine Baker halted Arkansas' plan to execute seven inmates before the end of the month, granting an injunction on Saturday to stay their scheduled deaths. Arkansas was prepared to execute two of the inmates by lethal injection early next week.

The state is expected to appeal the decision.

Arkansas Gov. Asa Hutchinson scheduled the executions to take place before the state's supply of its lethal injection drug expires at the end of the month. Arkansas hasn't executed an inmate in eleven years, in part because of problems it has had with the injection drug, the Associated Press reported.

If the executions occur before the end of the month, it would be the most by a state in such a period of time since the U.S. Supreme Court reinstated the death penalty in 1976, the AP reported.

The inmates challenged the state's unprecedented plan, arguing the hasty timetable and the drug used to perform the execution amounted to cruel and unusual punishment.

The state argued that an injunction would delay the executions indefinitely, because Arkansas does not have a replacement drug if the current one expires. The court must now decide whether the state's execution plan constitutes cruel and unusual punishment.

The motion for a preliminary injunction was just one of many challenges the inmates have filed to halt the executions, the AP reported.

For the past week, protestors have gathered in Little Rock, Ark. to oppose the state's plan to carry out the executions. Several celebrities, including Johnny Depp, have joined the protestors to express their solidarity.