"Grab him by the taxes": Nationwide "Tax March" called on President Trump to release his tax returns 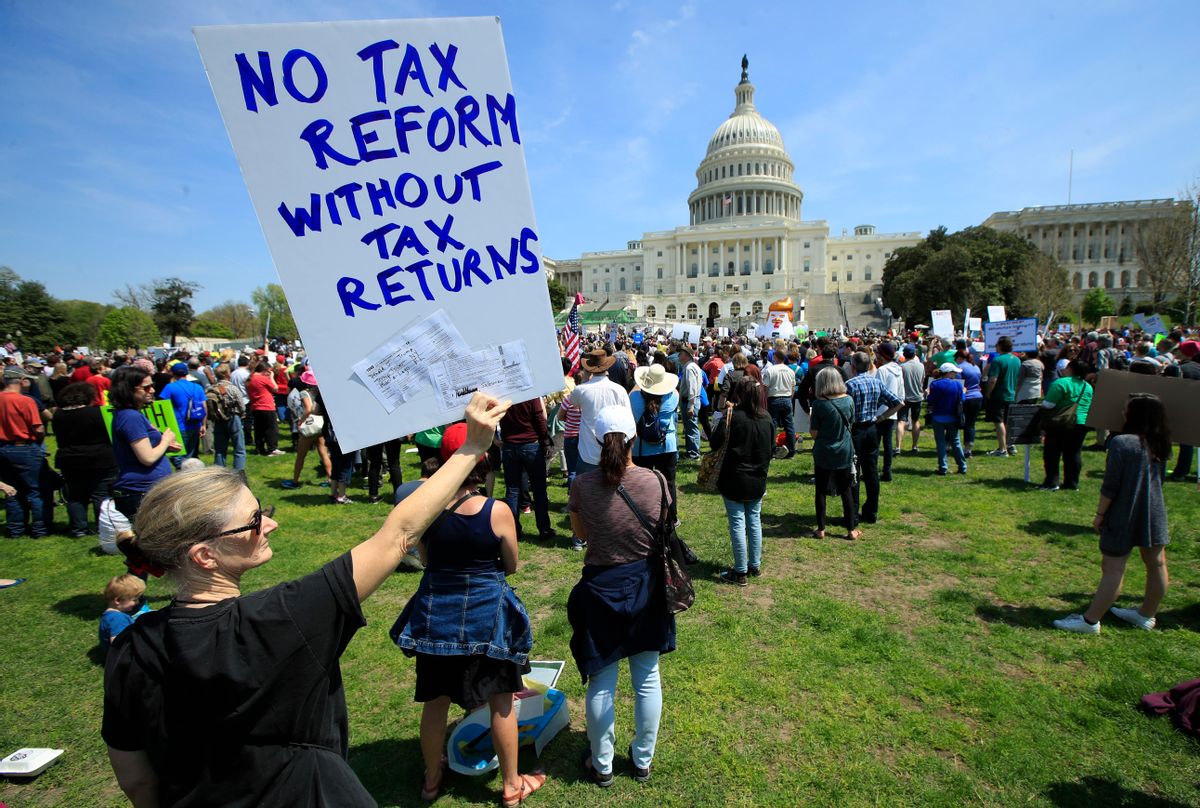 Thousands of voters from all over the country marched on Saturday to show President Donald Trump that they do indeed care about his tax returns. Activists organized the mass protest, named "Tax March" in honor of Tax Day, to demand the White House to release the president's tax returns.

"Grab him by his taxes," protestors reportedly chanted in New York City.

Wes Shockley, one of the organizers of the New York City march, told NBC News that it was imperative for the public to have access to the president's taxes in order to properly gauge his potential conflicts of interest.

"We need to see Trump's tax returns as a matter of transparency," Shockley said. "If we're going into a tax reform debate, we need to know if what Trump wants to do is going to benefit himself, since he tends to do things that help him and not necessarily others."

A new poll from the left-leaning MoveOn.org found that 80 percent of Americans, including a majority of Republicans and Democratic voters, want Trump to release his taxes. Some hopeful anti-Trump voters speculate that the president's tax returns could contain a smoking gun that would show his overwhelming financial ties to Russia.

In January, shortly after Trump's inauguration, the White House stated that the president would not be releasing his tax returns.

"The White House response is he's not going to release his tax returns," Kellyanne Conway said on ABC's "This Week."

"We litigated this all through the election. People didn't care," Conway added.