By A. Trevor Thrall 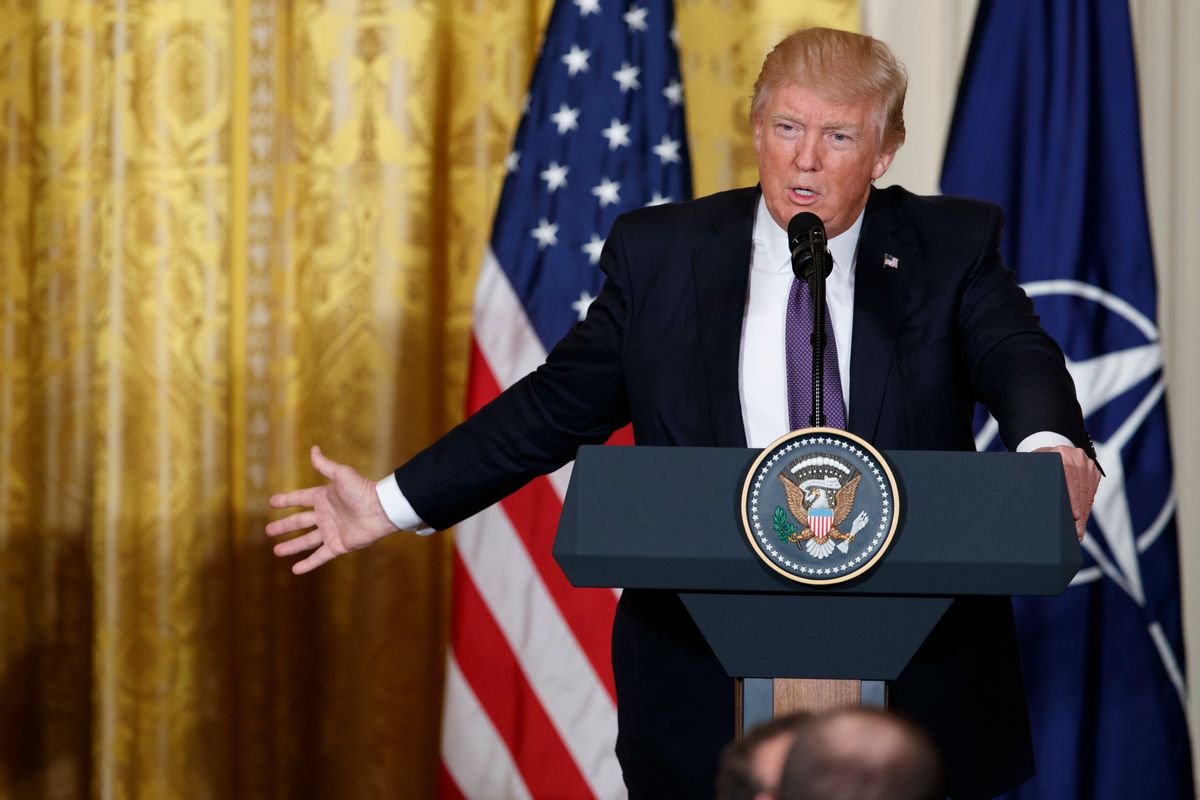 The events of recent weeks have made it clear that President Trump is taking a far more aggressive approach in foreign policy than his predecessor. The Tomahawk missile strike on one of Bashar al-Assad’s airbases in Syria two weeks ago was the clearest sign of this. That is, until this past Thursday, when the Air Force used its biggest bomb in combat for the first time ever in a strike on a system of tunnels used by Al Qaeda and the Taliban. Meanwhile the U.S. has loosened the rules of engagement for the military and has significantly picked up the pace of drone strikes in both Somalia and Yemen. More troops were deployed to Iraq and Syria to help to roust ISIS from Mosul and Raqqa.

Supporters of these moves will argue that they are necessary to defeat the Islamic State and Al Qaeda, and to improve the credibility of the United States. But Trump’s sharp escalation of military efforts carries with it a host of serious risks.

The expansion of American military efforts will lead to an inevitable increase in friendly fire incidents and civilian casualties. This is always a risk in war regardless of how careful planners are, but the increased pace of attacks has already sharply spiked civilian casualties. Two weeks ago nearly 300 civilians died when a U.S.-coalition airstrike hit a building in Mosul. And on Thursday, the New York Times reported that an airstrike by the American-led coalition fighting the Islamic State killed 18 Syrian fighters allied with the United States.

By sending thousands more troops to the Middle East, Trump is also increasing the risk of American casualties. The war on terror has already been costly in human terms. To date almost 7,000 Americans have died and over 30,000 have been wounded in Iraq and Afghanistan since 2001. Despite the fact that American forces are serving in advisory and support roles rather than combat roles, none of the places they’re going are safe.

Trump’s more aggressive military approach also risks causing blowback and resentment. Drone strikes and dropping massive bombs to destroy Taliban tunnels may be effective from a purely military point of view, but U.S. military leaders have admitted that drones generate widespread fear and resentment in the nations in which they are used. And it’s easy to understand that the people of Afghanistan might be less impressed than upset at the dubious honor of being the first country to witness the use of the “Mother of All Bombs.”

The question then becomes whether the results outweigh the resentment and radicalization the increased military action creates. General Stanley McChrystal, former commander of U.S. troops in Afghanistan, cast doubt on this when he told a reporter that the United States could not “kill its way out of Afghanistan.”

Worst of all, Trump’s escalation lacks a clear strategic rationale and risks putting the United States on the path to endless war for little gain. The risk of terrorism, though real, is far too modest to justify a more aggressive campaign of military intervention. Since 9/11, neither Al Qaeda nor ISIS have managed to conduct a successful attack against the American homeland. Instead, it has been American citizens or lone wolves who have carried the few successful attacks that have occurred. Military intervention abroad does nothing to prevent more of those attacks in the future.

But despite its vastly superior military technology and other advantages, the United States could not compel North Vietnam to stop fighting, and eventually decided that victory was out of reach. The tragic irony was that although the Vietnam War cost nearly 50,000 Americans their lives, the loss in Vietnam had no impact on American national security.

Given the very real risks involved with the escalation of U.S. military efforts abroad, now is the time for Americans to ask themselves whether the limited benefits will be worth the inevitably high price.

A. Trevor Thrall is a senior fellow at the Cato Institute’s Defense and Foreign Policy Department and associate professor at George Mason University’s Schar School of Policy and Government.

By A. Trevor Thrall

MORE FROM A. Trevor Thrall