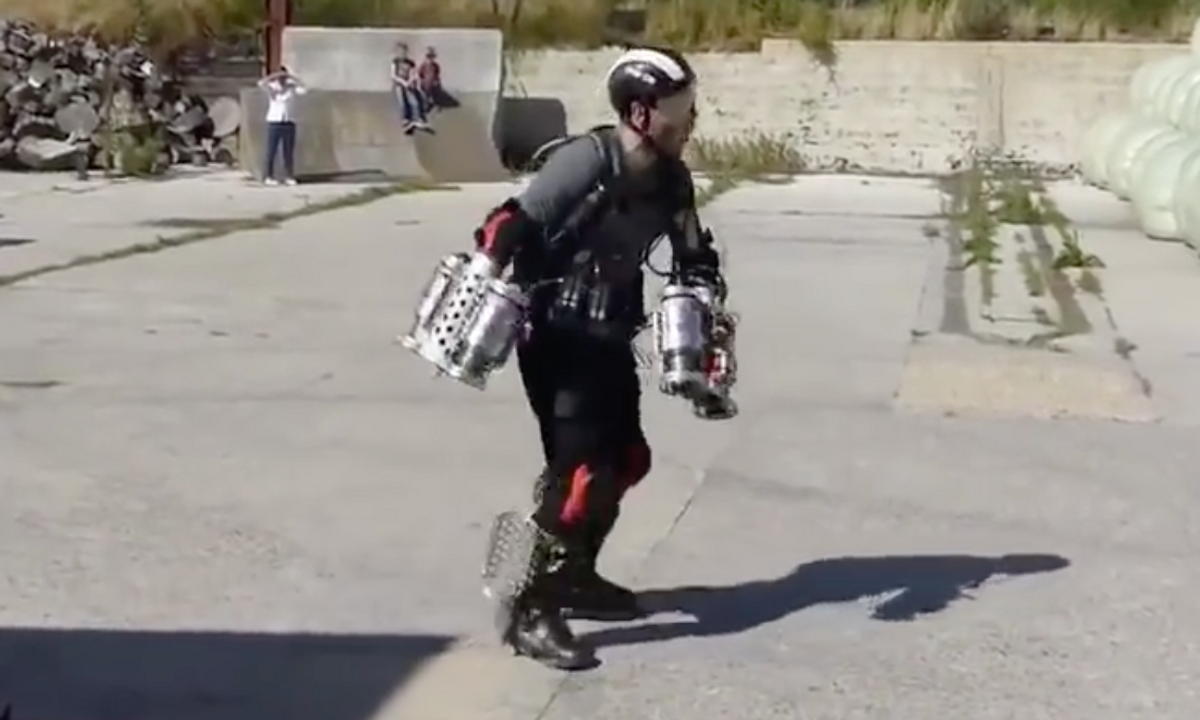 Within the pantheon of classic superheroes, Tony Stark’s ability might seem obscure. You’re prone to assume it’s the suit that makes him a hero, but you would be mistaken. In reality, his “superpower” is his brain, which allows him to build technology like the suits and Jarvis and Stark Tower and all his other devices. So that someone could build a real-life Iron Man suit isn’t outside the realm of possibility. Richard Browning, a 38-year-old UK inventor, did just that.

For the past 18 months Browning has been secretly tinkering inside his garage, constructing and testing his high-powered suit. Without his neighbors knowing, the ex-Royal Marine built a jet engine exoskeleton suit that allows him to hover in the air, just like Iron Man.

“The philosophy behind all this was: Could we reimagine how a really raw form of human flight would work?” Browning told Live Science.

Browning revealed it requires an enormous effort of upper-body strength and coordination to control the suit. The only steering and speed mechanism is manual, meaning the user must direct the thrusters through sheer force alone. Browning was inspired by the Greek mythology of Daedalus, who fabricated wings so he and his son Icarus could escape imprisonment. Hence, Browning named his suit after the myth.

Currently Browning can only fly around 10 minutes in the suit at a running speed around 5 miles per hour. Eventually he envision long-distance flights with speeds of 60 mph and a cruising altitude of 330 feet in the air. Since the reveal, Browning has received multiple inquiries to show off the technology at events and from interested parties seeking to have their own Iron Man suits.

“The cost is about $250,000, so it’s something that you could buy instead of a Lamborghini,” Browning told Live Science. “It’s not intended for the mass market at this stage.”