We are failing our girls 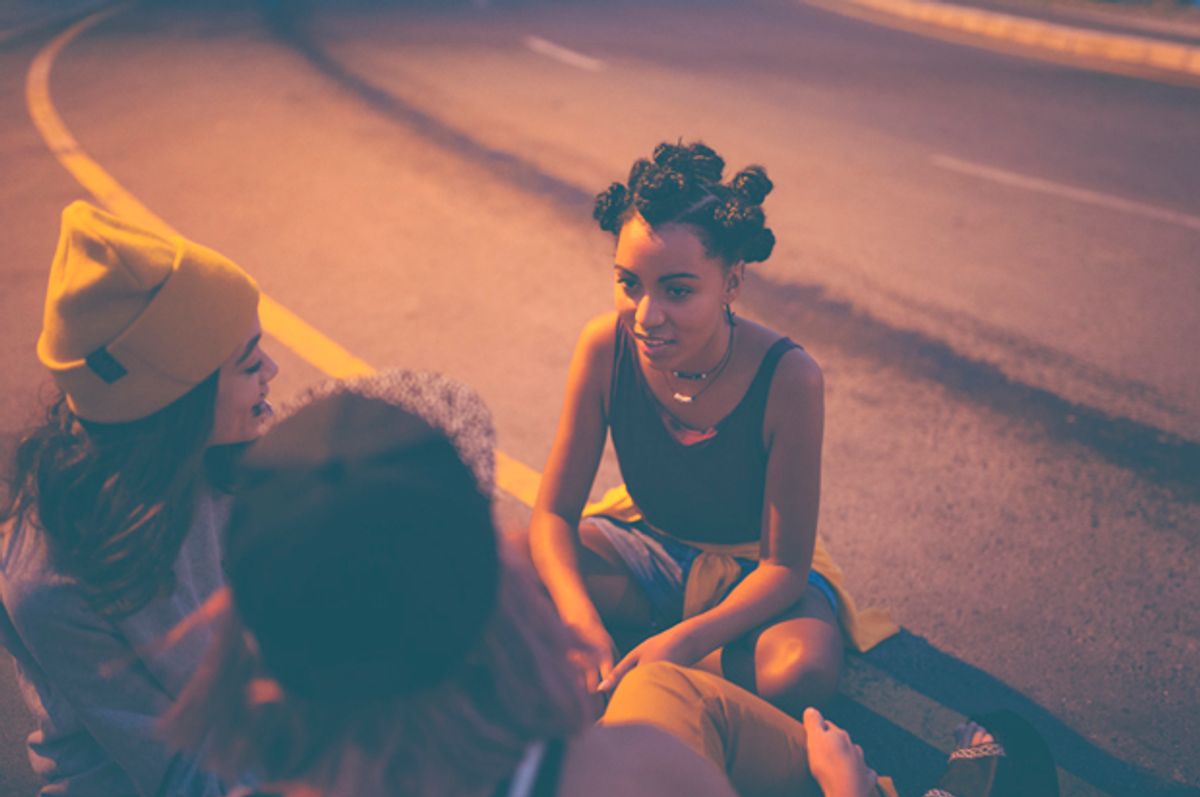 My friend Just stopped by my office at the university recently to grab some books. It was daddy-daughter day for him, and the duo had already been out for brunch and ice cream. “Yo, she loves reading, fam, like you wouldn’t believe it!” he said to me as they headed over.

“No prob, Just,” I replied. “I have like 20 books for her — Zadie Smith, Jacqueline Woodson and all that. I’ll be here waiting for y'all.”

Just came home from the feds a year ago. He was caught up with a wild drug crew back in the early 2000s and just finished his bid. The pudgy Just in the oversize Oriole hat and matching New Balances I once knew is now all protein-powder cut up, complete with extra neck and forehead veins like a GNC model.

I flicked the switch and they walked into my office looking like personal trainers in their fitted Under Armour sweats and bright white Under Armour sneakers.

“I told you, baby, Watkins is crazy,” Just said, picking a piece of lint out of his daughter's hair and putting her ponytail back in place. “Crazy as a fox, but he’s a good brother.”

“Oh, I know he crazy,” she said, flicking her long ponytail to the other side of her head and extending her hand. “I read some of his essays in school."

“I know you,” I replied, shaking her little hand. “I remember when you were a little baby. Time flies.”

“Mr. Watkins, my teacher didn’t believe me when I told her you were friends with my dad," she said. "You are a real writer. I can’t believe there is a real writer from our neighborhood."

Then the questions started.

"Are you rich or basic?"

"How much does this office cost?"

"I want to be a writer. What should I do first?”

She kept going. I tried to answer most of them, but they kept coming.

“Well, it starts with reading and writing every day,” I responded.

Just nodded in agreement as I placed the box of books in front of them. Alicia's eyes lit up and she started taking books out of the box, thumbing through pages and murmuring passages.

We both looked at him. “Bookworm!”

“Y'all nerds know what I mean!”

They kicked it for an hour or so before leaving. During that time we tossed around ideas about our generation versus Alicia’s, new music and setting a good example for young people and what that means.

I was so happy for them — happy that he’s out of prison and making legal money, but even happier that their relationship is good despite his years away, and that I’m in a position to give away books by great writers who are popular with kids.

The whole episode made me think of the old “It takes a village to raise a child” saying. I believe it really does. But is that enough? When I checked the news after Just and Alicia left, I saw that Fox News has paid out $13 million in settlements related to sexual harassment claims against Bill O'Reilly. News about this alleged reign of terror aimed at his female colleagues canceled my little positivity parade.

A young woman like Alicia is lucky to have parents who love her, care about her and are willing to protect her as best as they can from creeps like O’Reilly. But doesn’t she deserve more? These news stories shouldn’t exist in 2017, and are a clear example of that greater village failing all of our Alicias. What are we as family members, artists and citizens responsible for? If the answer is providing protection or playing a role in creating a world where young women feel safe, then we are failing miserably.

As a society, are we so distracted and so money hungry, so happy to place political ideology over morality, that we can't even strip the platform away from someone like Bill O’Reilly, who privately and publicly uses his power to destroy the lives of women?

Shame on us. At what point did ratings and popularity trump moral responsibility?