WATCH: Dan Rather says "dropping bombs is easy" and it does not make you "presidential" 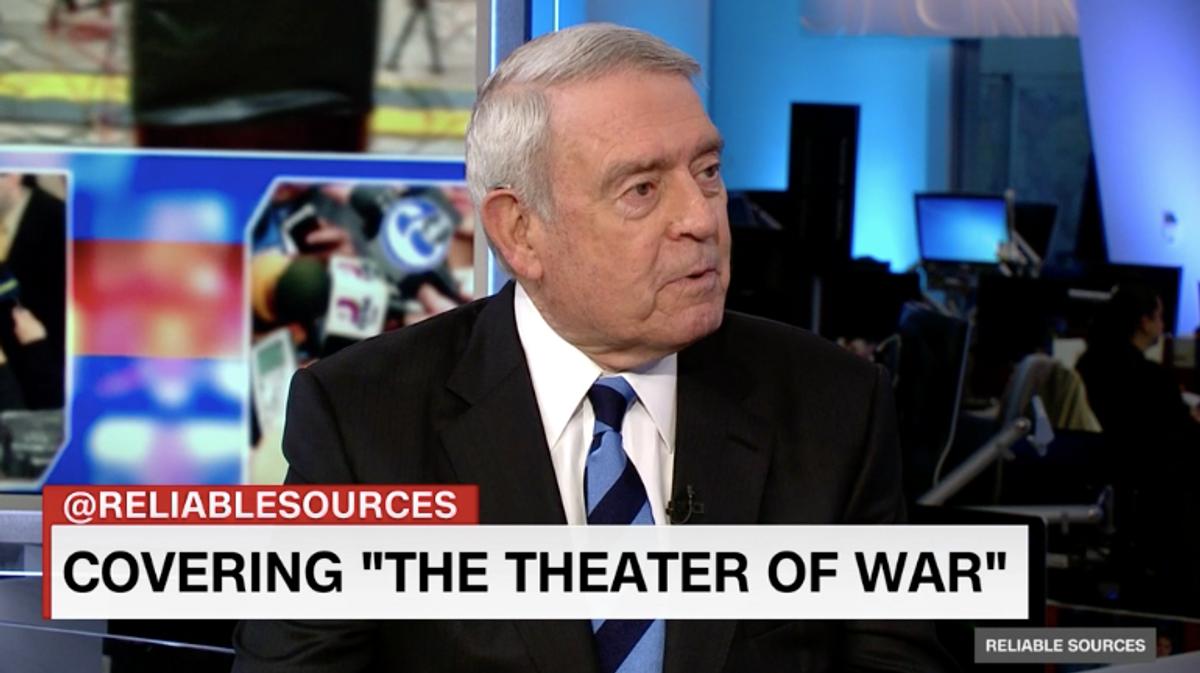 Dan Rather, former CBS anchor, was critical of the way the media handled President Trump's recent military actions in Syria and elsewhere, saying that it's far too early to praise him as someone who is "presidential."

Rather also criticized media coverage that was almost entirely in favor of Trump's military actions, saying, "There's a natural inclination and an unhealthy one to immediately say, 'boy that makes him presidential, that makes him strong.'" Rather noted how "easy" it is to drop bombs and shoot missiles, but "what comes after that, even what comes in the wake of that, is much more difficult."

Rather argued that Trump's professionalism should be measured on how well he can "keep the peace," noting the president's recent escalations in North Korea, Syria, Iraq, Yemen, Somalia and the South China Sea, as "flashpoints" that are "real powder kegs with a real short fuse burning."

Journalism in the mainstream media is hardly adversarial, which is one of the principle responsibilities of the free press. Rather did not exempt himself from criticism, saying, "What's best for the country is for journalists to be skeptical. Not cynical, but skeptical."

Rather also expressed regret for failing to ask "enough of the right questions" upon the Bush administration's invasion of Iraq in 2003. Telling Stelter, "I think we need to remind ourselves of that today, Rather called on journalists to "ask the rights questions, and keep on asking the right questions."